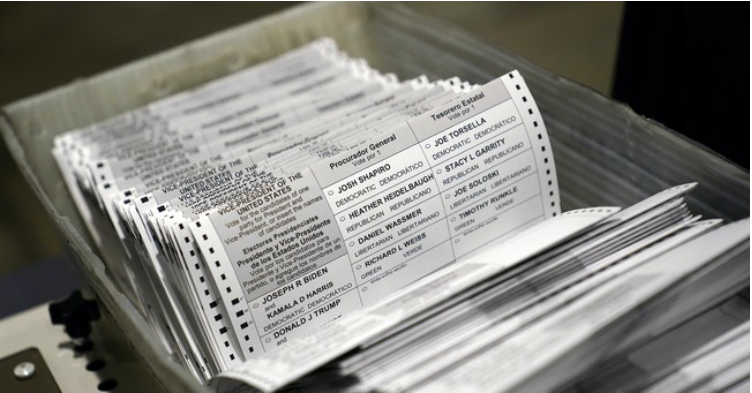 Trump campaign lawyers filed a lawsuit in Nevada on Thursday, telling a judge they have evidence of double voting, dead people voting, and thousands having voted without a mailing address in the state or who had changed their address to a different state.

Joe Biden won the state by 33,596 votes and the election results were certified last week. 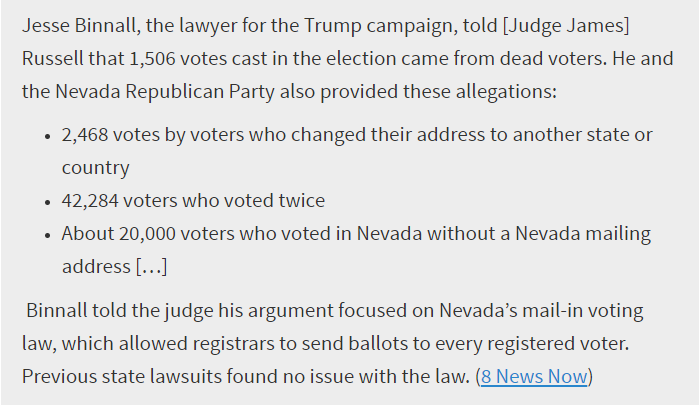 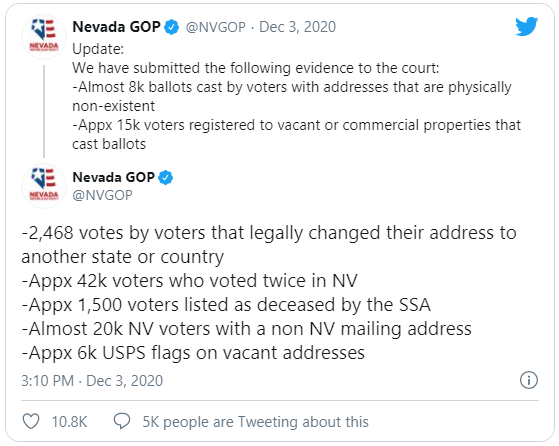 Ahead of Thursday’s hearing, the Nevada GOP shared video of the 20 binders they had containing evidence. 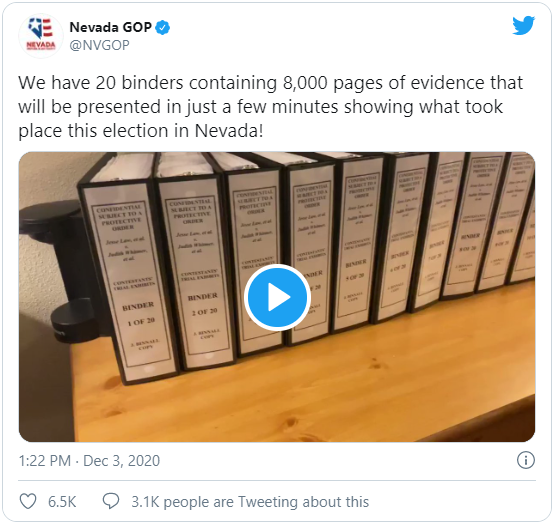 “This election was unfortunately stolen,” Binnall said, reports 8 News Now. “We cannot turn a blind eye with evidence like this. We cannot allow an election to be stolen.”

Kevin Hamilton, the lawyer for the Democrats, said evidence is what matters, which he claims Trump’s legal team is “missing.”

“In a court of law, it’s evidence that counts, not tweets or social media bluster, not hearsay or speculation, it’s evidence and that’s what’s missing in the record before the court,” Hamilton noted.

The judge said he wanted to review all the evidence and that a decision could come as soon as Friday.