Of Course This Election Was Stolen. 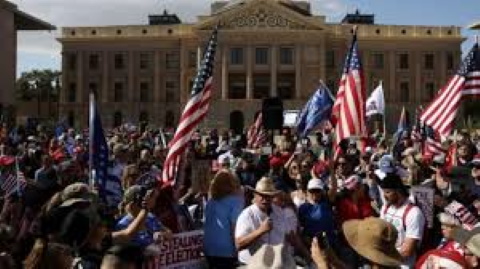 Of Course This Election Was Stolen.

“We have put together, I think, the most extensive and inclusive voter fraud organization in the history of American politics,”

This election was stolen. I don’t need the media, or Democrats, or RINO Republican Never Trumpers, or the Attorney General of the United States to agree with me. They are all either compromised, in on the scam, or blind, deaf and really dumb.

Anyone who isn’t blind can see it with our own two eyes. Just ask Joe Biden. See his campaign quote above.

I’ve lived almost my entire life in cynical New York and Las Vegas. I’ve been a professional sports gambler for over thirty years. I’ve seen every con, every scam, and every world-class rip-off known to man.

This election was stolen. There isn’t even a question. I’ll use my sports gaming knowledge to explain.

Take this past Monday’s NFL Football game between Philadelphia and Seattle. Philly lost the game by 6 points. But what if we all woke up the next morning to find out Philadelphia won. What if the officials reported, “Philly found 20 extra points after the game was over.”

How about if Philly just kept playing until they won- no matter how long it took. What if the refs added an entire game, or two, or three. Eventually at some point Philly might take a lead. What if at that moment they awarded Philly the victory.

What if Philly won the game with 10 extra players on the field? What if no one ever questioned the credentials of these players? We had no idea where they came from, or if they were legally on the field.

How about if the game was played with no witnesses for Seattle. The stadium was wrapped in pizza boxes, so no one could see in. Suddenly the officials came out and declared Philly the winner, without one witness.

Attorney General Barr must be either crooked, compromised, or a complete moron. But where I come from in New York and Vegas, something smells rotten if one guy is winning, and suddenly the vote counting stops for the night (something that’s never happened before). Then in the morning, miraculously, the other guy is ahead, because they started counting again, with no Republican witnesses in the room.

Some more signs something is very wrong. No signatures were verified. And no Republicans were allowed in the room, or were kept so far away they needed binoculars to see any signature.

One side kept counting ballots for days after the election, until finally they were ahead.

Batches of ballots were not only 100,000 to 0 favoring Biden, but all of the ballots were pristine and perfect- like they’d never been touched or mailed. Like they came straight from a printing press.

Batches of ballots numbering in the hundreds of thousands only had one name filled out- Biden. Like they were filled out in a hurry and there was no time to add a vote for any other down-ballot candidate.

US Postal Service drivers have come out in droves to admit they drove tractor trailers with hundreds of thousands of ballots, the day after the election, from New York to Pennsylvania, and witnessed those ballots being backdated to the day before the election.

We now have a video of all the Republican poll watchers being ordered out of the Atlanta counting room because of a water main break that never happened. Suddenly on video, we clearly see suitcases of ballots appear out of the blue and new ballots are added to the count, with no Republican witnesses in the room.

If you believe those four miraculous comeback victories by Democrats in Pennsylvania, Georgia, Michigan or Wisconsin are legitimate, I’ve got a bridge to sell you in Vegas, above the Atlantic Ocean. Good luck with that.

Anyone who believes this election wasn’t stolen is an idiot. You couldn’t get away with such blatant fraud with a football game. In Vegas you’d have your legs broken for even trying.

It’s time for President Trump to take a stand. Or the US Supreme Court. Or the American people.

But I know two things- this election was stolen and these results cannot stand.