Gen. Flynn: “If We Don’t Get This Right, Our Country is Done” 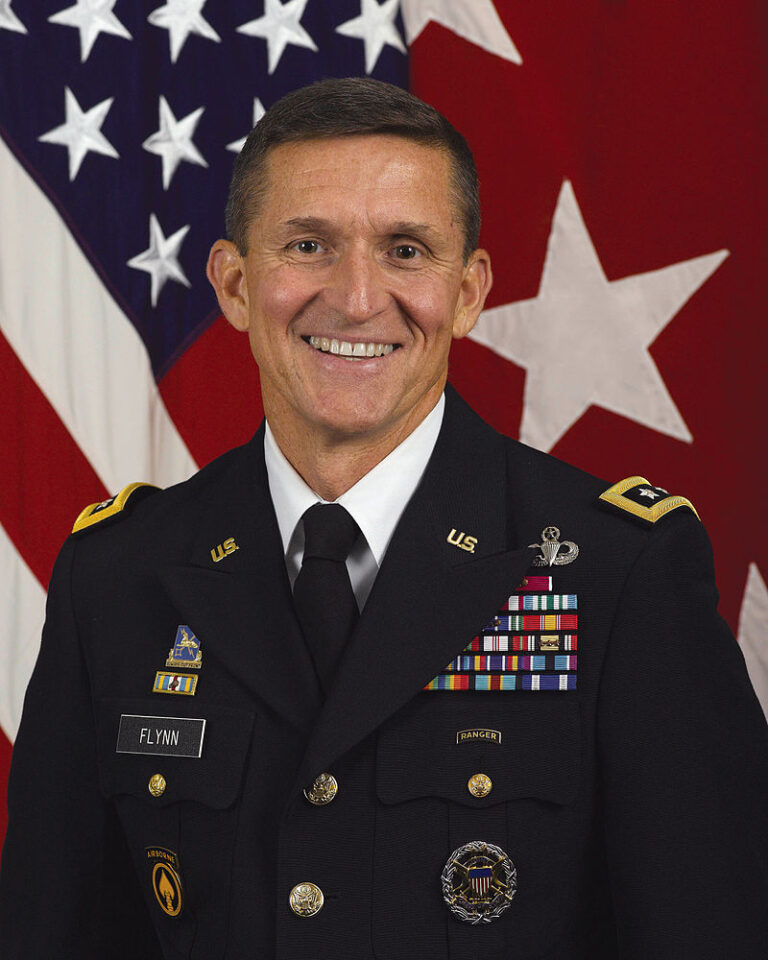 Gen. Flynn: “If We Don’t Get This Right, Our Country is Done”

“I do not believe for a second that our country will accept Vice President Biden as the next president.”

Lt. Gen. Michael Flynn, appearing on the Worldview Weekend broadcast with Brannon Howse in his first interview since being pardoned by President Trump, warned that Americans are living through a historic and dangerous period.

Flynn, who was immediately targeted for indictment by corrupt Obama administration operatives as soon as Trump took office, was pardoned Wednesday, Nov. 25, the day before Thanksgiving.

He said in the interview with Howse that America stands at a crossroads that will determine whether it survives as a free nation or becomes something “unrecognizable.”

“What’s happening in this country should never happen, and there’s no doubt in my mind we are going through a crucible of history, and if we don’t correct what it is that’s happening in the next couple of weeks, then I hate to really even think what will happen in our country going forward into the latter part of December and certainly into the next month.”

Some have called the current illegal drive for power in the United States a “color revolution,” or a bloodless coup.

The key to any color revolution is for the leaders of the coup to get the mainstream media on their side.

That the mainstream media and the Big Tech social media platforms were fully on board with the Biden campaign and that it is covering up all evidence of fraudulent ballot stuffing is indisputable by any objective analysis, Flynn said.

“But we’re in this sort of period of information warfare that is unprecedented,” he said. “I’m going to stand on my box here and say the President of the United States of America is being censored by U.S. companies. Think about that. I’m at a loss when I think about that. At a certain point in time, that has to stop being allowed. When a company says, ‘what you just said Mr. President is not totally the truth’ or there’s fraud involved here or fraud hasn’t been proven, I mean, how dare they do that to the President of the United States because he’s not going to get a fair shot going out [with his message] to the mainstream media crowd.”

Flynn said sharp questioning from the media is fair game and expected.

“That’s fine, and you may not like him, but the president, he represents the presidency of the United States of America, he represents our flag and our country. So what we are seeing right now is more than just an assault on President Trump. This is an assault on the American republic, on this great country that we have.  I know the people around the country are fed up with it and they’re not going to put up with it.”

Flynn said he believes most of the 74 million Americans who voted for Trump are waiting to see the outcome of ballot certifications by their own elected officials “to see if they’re going to do their job.”

“And just because CNN or Fox says it’s certified, and if there’s a legitimate legal challenge then they cannot sit there and certify it while there’s a legal challenge to it, and big media is not going to cover any of that for you, and it’s sad because they’re trying to shove it down our throats, and the American people, they see right through it.”

Flynn described the enemy’s strategy as information warfare on a grand scale.

“It’s how you leverage information. The whole thing about psychological operations is you have to make sure that you pick the target and then repetition with the message over and over and over has to occur,” he said. “So, the whole thing is you have to get the media on your side. And that’s taken a number of years but, I can’t stand here and tell you that that’s not the case, because it is. Everyone knows that the mainstream media, which is a pretty robust group of organizations, and that includes the big tech companies, Facebook, Twitter and Instagram, they are all trying to control a narrative instead of just giving the information and then letting the people decide.”

The Chinese, who refined the art of psychological warfare, appear to be working with the Democrats in this operation against the American people.

“It’s the type of warfare, in fact, if you study Chinese doctrine, the Chinese doctrine has six phases and the first five phases all have to do with information,” Flynn said. “The last phase would be if those failed and you need something with an additional oomph, then you ‘go to the gates’ as I used to say, and that’s when you might see something kinetic.”

Flynn encouraged American patriots to read the court filings for themselves and not rely on “soundbites” selected by the mainstream media, which reflexively dismisses legal evidence as non-evidence put forth by “conspiracy theorists.”

“You really do have to go and dig into the filings instead of reading a soundbite here and there because it’s our life, it’s our country. This is the time in our history that, if we don’t get this right, this country is done. It will be over, as we know it. And as I stand here talking to you, I’m not standing here for me, I’m here for my children, my grandchildren, and frankly, the beacon of hope that we are as a country.”

URGENT NEED: LeoHohmann.com has end-of-year expenses that must be paid to keep the website up and running. Please hit the donate button at the end of this article if you want to help!

Flynn said President Trump should not be counted out because he has paths to victory that lead through Wisconsin, Georgia, Arizona, Nevada and Michigan.

“There are ways the president can get to the margin he needs to win without Pennsylvania, but he needs Pennsylvania, too. But I will leave your audience with this, I’m really not frustrated I’m determined, and going to remain resilient to this assault that we have ongoing by elements in our country that are trying to tell us, you know, don’t look here, everything will be just fine.

He said he believes Trump won 350 to 400 electoral votes.

“I do not believe for a second that our country will accept vice president Biden as the next president,” he said. “That’s based on what we know to be probably the greatest fraud our country has ever experienced in our history.”

Flynn said the one great equalizer under the U.S. Constitution is that every qualified adult voter, whether you are a millionaire or a pauper, has one vote per person. If that gets corrupted the republic is dead.

And communist China is deeply involved with treasonous Democrats and globalists, he said, who want to see this country knocked off its perch as the most powerful beacon of freedom in the world.

“Over the last couple decades it’s amazing how fast we’ve seen a shift with communist China moving up their plans to become the sole global superpower on the planet.

“I believe in the last election in 2016, when they didn’t get their candidate that they needed and they saw the kind of ideology in the candidate who won, they decided they were not going to let that happen again in 2020, so now what we’re seeing is the theft with the mail-in ballots and theft with the Dominion and SmartMatic software systems. I mean these are systems that are not in this country. They were introduced into this country. How can we say we can accept a system that was not made in this country, and in many cases the ballots are not even tabulated in this country? How can we say that we accept that?

“…I’m upset, I’m determined, I’m going to be resilient, and I believe I reflect the millions of people across this country who feel the exact same way I do.”

Published with Permission of libetysentinel.com