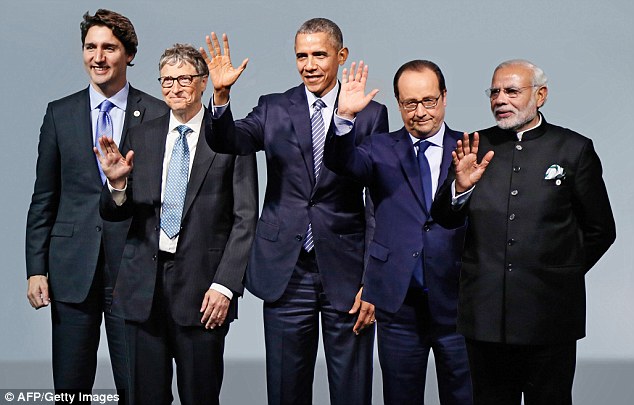 For the first time since being pardoned by President Donald Trump, Gen. Michael Flynn sat down for an interview to discuss how America is going through “a crucible of history.” Joining the conversation was Gen. Thomas McInerney, who dropped the bombshell that Trump, if he is to abide by the oath he swore, has no choice but to refuse concession to Joe Biden in this fraudulent election.

Host Brannon Howse of World View Report – you can listen to the interview in its entirety at WorldViewWeekend.com – got the chance to speak to both men about the direction our country is headed amid all the turmoil between those who believe Joe Biden won the election, and those who recognize the fact that he absolutely did not.

According to Gen. McInerney, Barack Obama is the ringleader behind the HAMMER and Scorecard cyber weapons that were used against the United States to thwart the election against Trump. The program itself was developed by former CIA analyst Denis Montgomery.

These two and many other deep state coup coordinators also recruited the entire U.S. media, including Fox News, to participate in this attempted overthrow of the Republic and our Constitution. All of them, along with Big Tech, participated in the sham election narrative declaring Trump to be the “loser,” and Biden the “winner.”

Even though the Electoral College is schedule to meet on Dec. 14 to vote in accordance with state certifications, this is moot, according to Gen. McInerney. Trump has no obligation to leave the White House until every last fact surrounding election theft is analyzed and dealt with, including the vote count anomalies that were “caused by fraudulent electronic manipulation of targeted voting machines.”

The fact that five of the biggest battleground states all stopped counting ballots at roughly the same time on election night is also something that needs to be addressed because this is when HAMMER and Scorecard, along with Dominion Voting Systems, launched their mathematically impossibly algorithms to skew the count for Biden.

Sidney Powell, a prominent attorney, has been uncovering much of this evidence independently of Team Trump in order to compile it into lawsuits. To learn more about her work and to support it, check out her website. 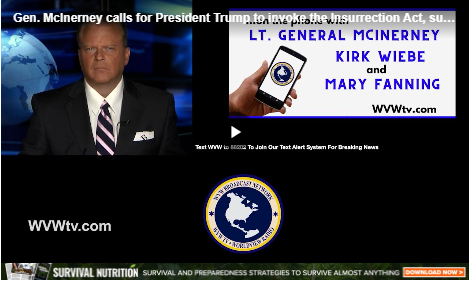 “Kraken” is the name for the 305th Battalion military intelligence

Many have been wondering what Powell meant when she talked about releasing the “kraken.” According to Gen. McInerney, this is a name for the 305th Battalion military intelligence, which would seem to align with Trump’s mysterious warning from the past about the “calm before the storm.”

The storm appears to be arriving in full force, which is why Trump assembled that special team of military generals to appear before the media for the photo op in which he warned them about the coming storm.

According to Gen. McInerney, what has taken place is nothing short of treason, which means that Trump, under oath, can, and rightfully should, maintain full control over the White House until a full investigation is complete.

There are no “artificial deadlines,” Gen. McInerney says, that can legally stop him from doing so, especially at a time like this when the fate of our Republic hangs in the balance.

Every president swears an oath to defend the country against all enemies, both foreign and domestic, and that is precisely what Team Trump is doing by pursuing every avenue in defense of election integrity.

It will take some time, but in the end when the Supreme Court evaluates the big evidence obtained from the seized servers in Frankfurt and elsewhere, it will be over for the election thieves.

To keep up with the latest news about the fraudulent 2020 election, visit Trump.news.