FRAUD ALERT: FBI Agent Finds Over 17,000 Georgia Votes From Out Of State! 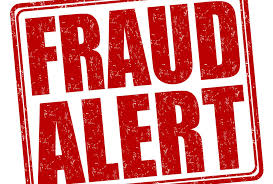 FRAUD ALERT: FBI Agent Finds Over 17,000 Georgia Votes From Out Of State!

WHEN I WAS IN THE MILITARY, PART OF THAT TIME WAS DURING AN ELECTION FOR PRESIDENT AND SO I WAS ABLE TO VOTE AND SEND IT IN.

That makes absolute sense that my vote for the state election that I lived in didn’t actually come from that state because I was deployed.

Now, if you have people voting for one particular state and all of those addresses are from out of state, wouldn’t you say that would be a bit of a problem?

Derek Somerville, former FBI special agent spent hours poring over voting records in Georgia which is public information. What he found is a real game-changer. He found that over 17,000 requests for mail-in ballots came from addresses in other states. That sounds like an organized effort one way or another.

There are two main reasons this could happen. 17,000 people who moved from Georgia could have all illegally voted for Biden, understanding the penalty for voter fraud.

Or, poll workers could have been armed with the list the state keeps on people moving to other states. They could then use their information to fill in illegal ballots so they would be accepted.

Another curious thing he found was that over 57,000 cast ballots in a county different than where they reside.  Now, why would 57,000 people drive to another county to vote when they could vote in their own county?

Remember, the deficit for Trump in Georgia is less than 13,000 votes. If you just throw out the 17,000 Biden votes cast illegally from out of state, Trump wins.

From The Gateway Pundit

Don’t think there are voter issues in Georgia? I have 57,793 reasons to reconsider that.

FACT: at least 57,793 Georgia voters cast their vote in a county that is DIFFERENT than where they previously instructed the USPS to forward their mail.