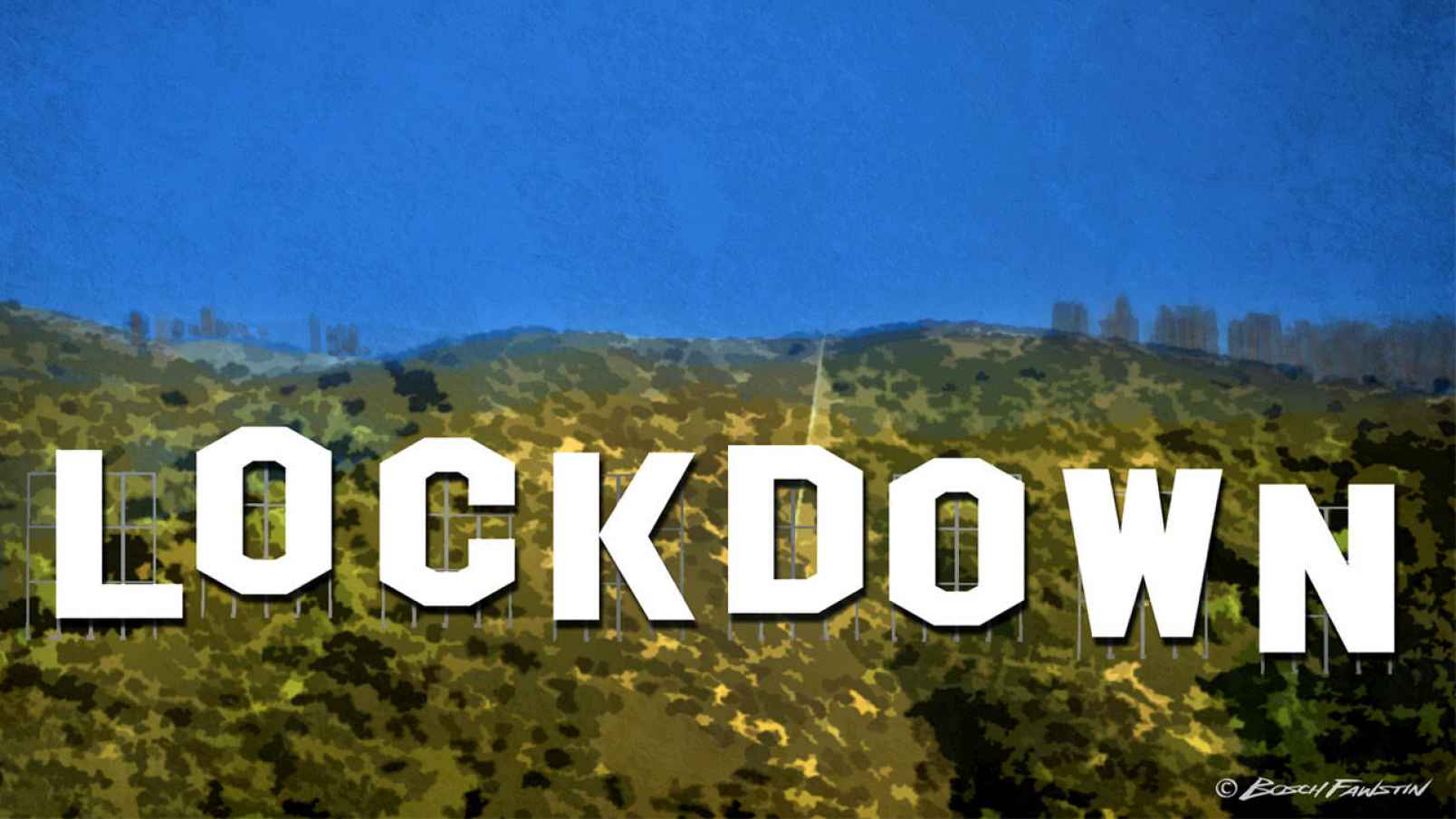 Why does Hollywood get a pass on lockdowns from Cuomo and Newsom? Follow the money.

Before Thanksgiving, Los Angeles imposed a curfew and, in a shocking oversight, asked Hollywood to follow it. While the entertainment industry isn’t as big a part of the local economy as it would like you to think, its producers, directors, and stars provide a disproportionate share of the capital that the Democrats politicians who run the place use to get elected to higher office.

After ordering Hollywood to restrict filming to the same curfew as other businesses, a few hours later the order was withdrawn followed by a final plea to film shoots to “to voluntarily limit and/or avoid activities likely to invite a negative community response” which could “jeopardize community confidence in our ability to operate safely.”

As if allowing movie studios to shoot around the clock while shutting down small businesses might “invite a negative community response” or raise questions about the corrupt system.

The film permit office now claims that “the State of California has viewed workers supporting the film, television and commercial production industry… as essential for the state’s critical infrastructure.”

What role does shooting movies play in the “critical infrastructure” of California? Money.

Not for the economy. In that regard, the entertainment industry is much less crucial than many of the industries that had been shut down by the lockdowns. With unemployment claims topping 8 million and California Democrat leaders fighting to eliminate freelance workers, that’s a drop in the bucket. If the crews in question were working in restaurants, they wouldn’t matter.

But the critical infrastructure that Hollywood funds is the political ambitions of the Democrats.

During the gubernatorial race, Hollywood poured millions into Newsom’s campaign, and celebrity fundraising helped put Garcetti into the mayor’s office. The Democrat with the biggest haul of industry cash usually wins. Your local pizza shop isn’t going to compete with that.

If only there were some sort of industry dedicated to exposing social injustice using art.

While restaurants spent a fortune prepping to meet the new regulations, only to be shut down anyway, the entertainment industry goes into a new lockdown with nothing to worry about.

All of this is happening under the watch of Muntu Davis, LA’s top health officer who was picked in the wake of the Black Lives Matter race riots to implement “equity”. Equity is now the top value at LA County’s Department of Public Health which declares that it seeks to “ensure just systems, policies and practices”. That means giving Disney a pass, but shutting down cafes.

This is what social justice lockdowns look like. Not just in LA, but across the country.

“New York City’s economy is in a downturn, but film production has been a bright spot,” a New York Times article chirps. Even while Governor Cuomo and Mayor Bill de Blasio targeted Chassidic Jews, ranting about weddings and synagogues, the entertainment industry and its allied media were exempted, and the accompanying rules were bent and broken.

Even while Democrat leaders were lecturing about the dangers of church and synagogue services, the Video Music Awards went on and celebrities were allowed to dodge curfew.

Since no election could go forward without Saturday Night Live, the high school talent show staffed by unfunny social justice activists, with occasional celebrity cameos, went forward, along with a live studio audience. Cuomo and De Blasio, not to mention the media, decided not to notice that SNL was flouting the rules by paying audience members so they counted as crew.

Having a live audience of Manhattanites to laugh when you howl insults at President Trump is an essential activity in New York. Unlike irresponsible, non-essential stuff like religious services.

As the New York Times notes, “The major studios… all report that they are full.” 559 permits have been granted and 35 series are already filming in the city even though, as one studio boss notes, “one person every week or two test positive somewhere on the lot.”  Unlike churches or synagogues, or weddings, these shoots are never described as superspreader events.

In a truly surreal scene, New Amsterdam, a TV drama, was caught filming outside Bellevue Hospital, blocking the path of real doctors and nurses, a population prone to infections. Even while Democrat leaders complain that there aren’t enough hospital beds, the NBC medical drama takes up space in and around hospitals while getting a free pass from the authorities.

The Times story noted that, “the large crew found it impossible to perfectly socially distance” and leaves it at that, while photos show no actual social distancing by the crews.

But the New York Times has its own Hollywood studio deals involving the 1619 Project.

Governor Cuomo is so dependent on entertainment industry cash that he flew out to California for fundraisers, including one organized in Beverly Hills by the MPAA featuring major studio heads with tickets going for as much as $50,000. This year, Cuomo held a fundraiser for his birthday featuring movie stars who praised him for protecting Hollywood’s tax credits.

Those $420 million in tax credits are a net loss for the state, but a gain for Cuomo. That tops California’s film tax credit total of $330 million.

Cuomo had been insisting that the “state has no money”, and was threatening to cut first responders. He even tried to tax volunteers who came to help during the pandemic.

“We’re not in a position to provide any subsidies right now,” Cuomo falsely claimed. Then he called for maintaining the same insane level of Hollywood subsidies, and went further by making sure that only the big studios who fund his corrupt ambitions cash in on the $420 million.

After claiming that there would be no money to pay police, no money for anything, New York State kept the $420 million in subsidies but limited it to studios spending over $1 million.

The “state has no money” for cops and firefighters, but has $420 million for Hollywood.

Just to bring the corruption up to Chicago levels, Cuomo’s proposal made sure that Saturday Night Live, but no new productions, would get access to the $420 million subsidy. If only there were some talented political satirists with a weekend show who could mock this crookedness.

Back in California, Disney’s Captain Marvel got $20 million in tax credits in California. Netflix’s 13 Reasons Why, which has been blamed for encouraging teenage suicide, vacuumed up over $40 million. You can’t expect one of the wealthiest companies in America to set off a spike in teenage suicides and promote pedophilia without some serious taxpayer subsidies.

When California and New York dole out $750 million in tax breaks to some of the wealthiest donors in a powerful industry who fund the political ambitions of top Democrats like Newsom and Cuomo, there’s no reason to expect their projects to be subjected to everyone else’s rules.

That’s why the order to limit film shoots to the 7 AM to 10 PM curfew was quickly pulled in LA. The county may be banning public gatherings, and destroying the last surviving small businesses who were on their last legs, but film shoots are back at half of pre-pandemic levels.

And that’s not just in America.

The UK has some of the most onerous lockdowns around, and its order shut down clothing stores, mobile phone shops, cafes, hotels, museums and “places of worship”, but left open “professional film and TV filming”. Religion is non-essential, but television must go on.

There has been a great deal of discussion about the harm caused by the lockdowns to the livelihoods of tens of millions of people, but there’s been little discussion about who has been exempted from lockdown restrictions and their corrupt political and economic rationales.

The best leverage against lockdown self-righteousness is the exposure of the hypocritical and discriminatory treatment that closes small businesses while leaving giants like Amazon and Target, Disney and Netflix, wealthier than ever because of the lockdowns that benefit them.