L.A. Health Official: Not Wearing a Mask is “Domestic Terrorism” 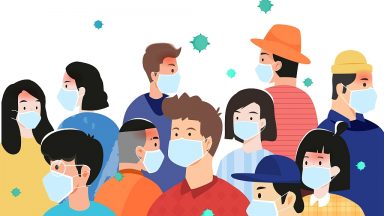 L.A. Health Official: Not Wearing a Mask is “Domestic Terrorism”

Over the past year, we’ve all heard a lot of ridiculous hyperbole about the coronavirus. We don’t count ourselves among the “flubros,” but it’s safe to say that most of the more dire predictions about this pandemic have failed to come true.

Yes, some of that is down to mask-wearing, social distancing, and all the rest. But a lot of it is down to a media obsession with bad news and people trying desperately to score political points against President Trump and other Republican leaders. COVID-19 was and remains serious. But these people and their vicious form of gloom and doom only serve to confuse matters and turn a public health matter into something partisan and, quite frankly, stupid.

Enter Los Angeles County Health Officer Dr. Muntu Davis. In a conversation with the L.A. Daily News last week, Davis went off the deep end in expressing his hatred for people who don’t wear a mask in public.

“County public health officials — faced with dramatically increased rates of transmission and potentially exponential growths of deaths in the coming weeks — have been ringing major alarm bells in recent days as hospital rooms fill up again and depleted hospital staffs scramble to keep up,” the paper reported. “They worry that such resources could be overwhelmed this month across the county, as more people ignore public health guidelines and if businesses were able to remain open without constraint.”

They then quoted Davis, who said: “If it were up to me, anybody not wearing a mask when they are out in public would be arrested. That’s an act of domestic terrorism and should be treated like one.”

What can you do but laugh (and thank your stars that it’s NOT up to people like Montu Davis)? These liberals will go out of their way to defend riots and looting as understandable responses to systemic racism, but then they’ll turn around and call something as silly as “not wearing a mask in public” as an arrestable act of terrorism? Do these idiots ever listen to themselves and shake their heads at their own nonsense, or do they really believe the crap that comes out of their mouths?