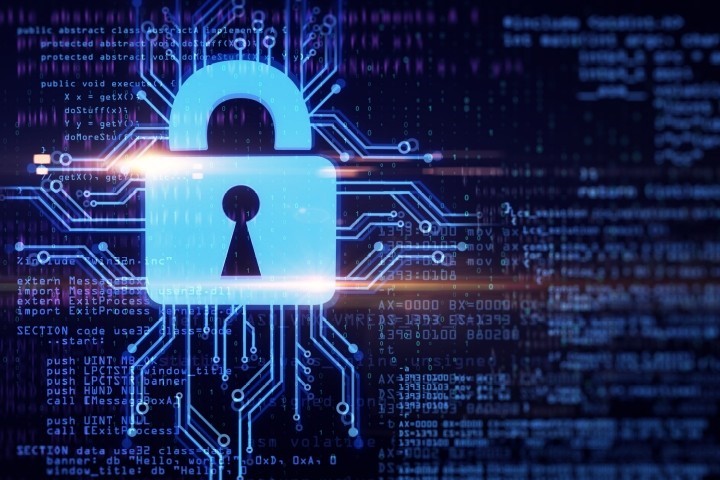 When attorney Sidney Powell promised to “unleash the Kraken,” most assumed she was simply referring to a lawsuit.

But along with that lawsuit, there is a person: Dr. Navid Keshavarz-Nia, and his resume is beyond impressive. In his affidavit filed with Powell’s Georgia lawsuit on Wednesday, he noted a few of his remarkable accomplishments:

He has even been mentioned favorably in, of all places, the New York Times. In the article “How One Man Conned the Beltway,” the Times noted in September the exceptional work done by Keshavarz-Nia in helping exposing Garrison Kenneth Courtney, who ran a scam called Alpha214 to rake in high salaries from industries by promising government contracts. Wrote the Times, “In doing cybersecurity and technical counterintelligence work for the C.I.A., N.S.A. and F.B.I., he had spent decades connecting top-secret dots. After several months of working [in the present investigation] he began connecting the dots.” The Times added that the people working with him considered him “the smartest person in the room.”

Courtney, 44, is now spending seven years in jail thanks in part to the sleuthing of Keshavarz-Nia.

And the good doctor is connecting the dots once again, this time exposing the massive fraud that allegedly gave Biden the victory over President Trump in the presidential election.

In his nine-page affidavit, Keshavarz-Nia concluded with high confidence that the election 2020 data were altered in all battleground states, resulting in hundreds of thousands of votes that were cast for President Trump to be transferred to [former] Vice President [Joe] Biden.

These alterations were the result of systemic and widespread exploitable vulnerabilities in [the Dominion Voting System and related systems and software] that enabled operators to achieve the desired results.

In my view, the evidence is overwhelming and incontrovertible.

He is not bashful about his education or experience:

I have worked as a consultant and subject-matter expert supporting the Department of Defense, FBI and US Intelligence Community (USIC) agencies such as the DIA, CIA, NSA, NGA, and the DHS I&A supporting counterintelligence, including supporting law enforcement investigations.

What he uncovered confirmed evidence found by others, thus strengthening his conclusion:

The Hammer and Scorecard capabilities are tradecrafts used by US intelligence analysts to conduct MITM attacks on foreign voting systems, including the Dominion Voting System (DVS) Democracy Suite and Systems and Software (ES&S) voting machines without leaving an electronic fingerprint.

As such, these tools are used by nefarious operators to influence voting systems by covertly accessing DVS and altering the results in real-time and without leaving an electronic fingerprint.

He explained how those “nefarious operators” gained access to the DVS through a “back door”:

I have previously discovered major exploitable vulnerabilities in DVS and ES&S that permit a nefarious operator to perform sensitive functions via its built-in covert backdoor.

The backdoor enables an operator to … perform system updates and testing via the Internet without detection. However, it can also be used to conduct illicit activities such as shifting votes, deleting votes, or adding votes in real-time (Source: DVS Democracy Suite EMS Manual, version 5.11-CO::7, P.43). These events can take place through the Internet and without leaving a trace.

He learned that DVS has “a strategic relationship with Venezuela’s Bitza Corporation which is 28% owned by former President [Hugo] Chavez.… the DVS/Bitza software was co-developed in Venezuela to alter vote counts to ensure President Chavez (and later, President Maduro) were guaranteed to win an election.”

This confirms another affidavit filed by a former high-level security official from Venezuela who saw the system in operation.

Not only is DVS designed not to leave a fingerprint behind, it is also structured so that its owners cannot readily be determined. As Keshavarz-Nia discovered:

Based on my counterintelligence experience in USIC, I conclude that corporate structures were partially designed to obfuscate their complex relationships, especially with Venezuela, China and Cuba; and impede discovery by investigators….

DVS has acknowledged that Chinese made parts are used in its voting machines. However, the company is unwilling to share details on its supply chains, foreign ownership, or its relationship with China, Venezuela and Cuba. In particular, I have seen USIC intelligence reports showing China’s espionage activities in the United States and efforts to infiltrate elections.

Since these countries are our enemies, I conclude that FIS [Foreign Intelligence Service employees] and other operators were involved to influence the outcome of the 2020 election.

Keshavarz-Nia discovered “significant anomalies” as a result of the fraud:

I have conducted detailed analysis of the NY Times data sets and have discovered significant anomalies are caused by fraudulent manipulation of the results.

In my expert judgment, the evidence is widespread and throughout all battleground states I have studied. I conclude the following:

There would be no legitimate reason battleground states need to pre-coordinate election activities and stop on-going adjudication processes.

However, it is equally puzzling that the vote counting did not stop, as reported. In fact, it continued behind closed doors in early hours of November 4, 2020.

This activity is highly unusual and demonstrates collusion to achieve the desired results without being monitored by watchers.

Such deliberate and intentional fraud had its inevitable consequences, declared Keshavarz-Nia:

The data variance favoring Vice President Biden continues to accelerate after 4:30 AM EST on November 4, 2020 and continues its momentum through November 9, 2020.

This abnormality in variance is evident by the unusually steep slope for Vice President Biden in all battleground states on November 4, 2020. A sudden rise in slope is not normal and demonstrates data manipulation by artificial means.

For example in PA, President Trump’s lead of more than 700,000 count advantage was reduced to less than 300,000 in a few short hours, which does not occur in the real world without an external influence.

In my expert opinion, the DVS Democracy Suite, Scytl/SOE Software/eClarity and Smartmatic have not produced auditable results in the 2020 election.

It is evident that ballots were not properly validated, system records were not kept, and the system experienced considerable instability even several days prior to November 4, 2020 that required DVS to implement software changes at the last minute.

In addition, the disparity in data distribution after 4:30 AM on November 4, 2020 indicates significant systemic anomalies that were widespread among all battleground states.

The evidence is both extensive and persuasive and indicates large-scale fraud by remote operators.

Keshavarz-Nia’s affidavit is just one limb of the mythical Kraken sea-monster unleashed by Sidney Powell. But for the Democrats and their media echo chamber (ABC, NBC, MSNBC, CBS, CNN, New York Times, Washington Post, etc.), his testimony presents an insurmountable problem. He has already been vetted by one of their own — the Times — and so they have no opening to attack him or his testimony as not being credible.