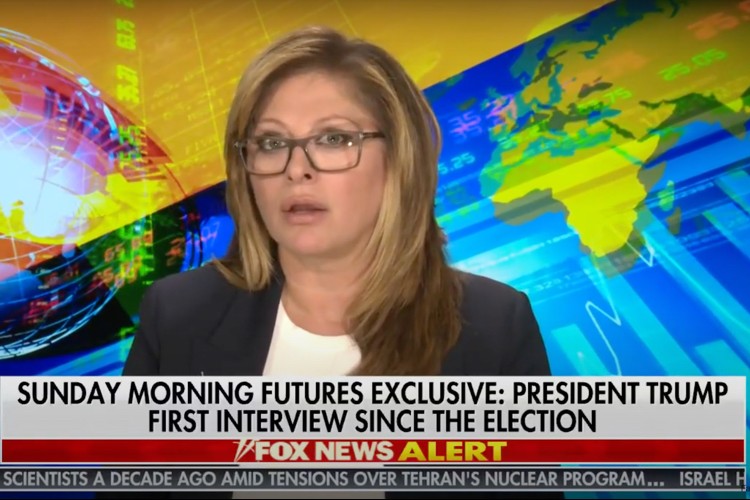 President Trump shows no signs of throwing in the towel.

In a defiant Fox News phone interview with Maria Bartiromo on Sunday, his first to be aired on television since the election, President Trump not only did not concede — he doubled down on his accusations of a rigged election and took aim at a number of individuals and entities he claimed to be complicit in seeking to destroy his presidency, including Big Tech and Georgia Governor Brian Kemp.

“You mean as president of the United States, I don’t have standing? What kind of a court system is this?” the president exclaimed in reaction to courts in several contested states that have ruled against or dismissed his campaign’s lawsuits. 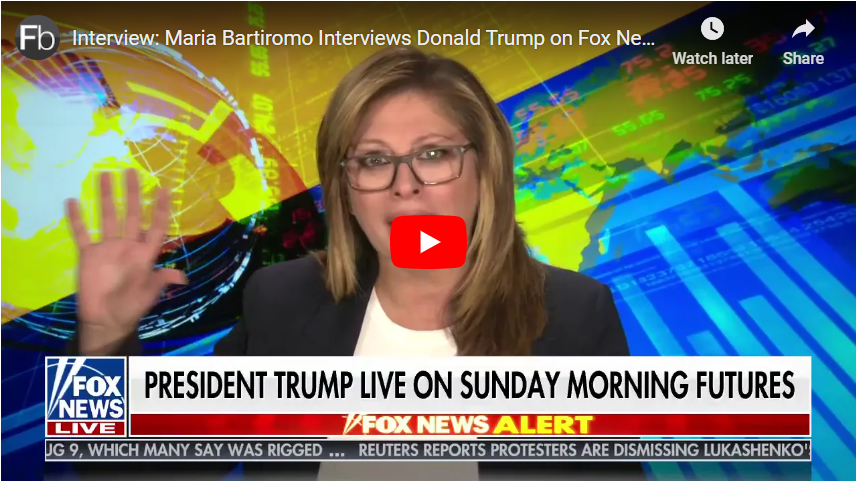 Most recently, the Pennsylvania Supreme Court, which has a 5-2 Democrat majority, tossed out a case brought by Representative Mike Kelly (R-Pa.) and a group of Republican voters who called for the invalidation of the state’s mail-in ballots due to the unconstitutionality of the state law that enabled no-excusing mail voting.

The court justified its action based on the reasoning the plaintiffs took too long to file a suit and should have done so when the law was passed back in 2019, as though there is a time limit on unconstitutionality.

“We’re not allowed to put in our proof. They say you don’t have standing,” the president told Bartiromo on Sunday Morning Futures. “I would like to file one nice big beautiful lawsuit, talking about this and many other things, with tremendous proof. We have affidavits, we have hundreds and hundreds of affidavits.”

President Trump went on to say that the U.S. Supreme Court needs to be “willing to make a real big decision,” but that “the problem is, it’s hard to get into the Supreme Court. I’ve got the best Supreme Court advocates, lawyers that want to argue the case if it gets there.”

“It sounds like if you can’t be heard by the Supreme Court, you lose. Do you believe you will win this?” Bartiromo asked at one point.

He also expressed his dissatisfaction with leadership in Georgia, a red state that apparently went blue for Biden in this election. The Trump campaign has claimed vote fraud was responsible for its loss, but a hand recount in which Republican poll observers were still not allowed to witness the counting at the one-observer-per-table ratio desired did not change the results.

“Everything has to be approved by the legislature, and they had judges making deals, and they had electoral officials making deals, like this character in Georgia who’s a disaster,” the president said, apparently in reference to Georgia Secretary of State Brad Raffenspberger, who has been at odds with Republicans and accused the president and party of making a scapegoat out of him.

“And the governor’s done nothing,” President Trump said of Kemp, a Republican who served as Georgia Secretary of State before ascending to his current office with the president’s backing. “He’s done absolutely nothing. I’m ashamed that I endorsed him. But I look at what’s going on. It’s so terrible. What happened in this election, Maria, I can’t imagine has ever happened before.”

The president also rebuked the FBI and Justice Department for their inaction, saying he has “not seen anything” from them.

“You would think if you’re in the FBI or Department of Justice, this is the biggest thing you could be looking at,” he told Bartiromo. “Where are they? … They just keep moving along and they go on to the next president.”

The president went on:

I ask, are they [DOJ and FBI] looking at it? Everyone says, ‘Yes, they’re looking at it. Look, where are they with [Former FBI director James] Comey, [former FBI Deputy Director Andrew] McCabe and all of these other people? …

They lied to Congress, they lied, they leaked, they spied on our campaign …

Where are they with all of this stuff? And what happened to [U.S. Attorney John] Durham? Where’s Durham?…

And he didn’t leave out a swipe at the danger posed by Big Tech.

“It’s massively powerful, it’s massively corrupt — the media and Big Tech,” President Trump said. “Section 230 should be taken out because that’s the protection that was given artificially to them. But it’s a massive form of corruption and silence and suppression.”

The president continued: “And yet they won’t talk about Hunter Biden. Never talk about it until Biden stole millions and millions of dollars. And if you do talk about them, they take you off their platforms. No, it’s massively corrupt.”