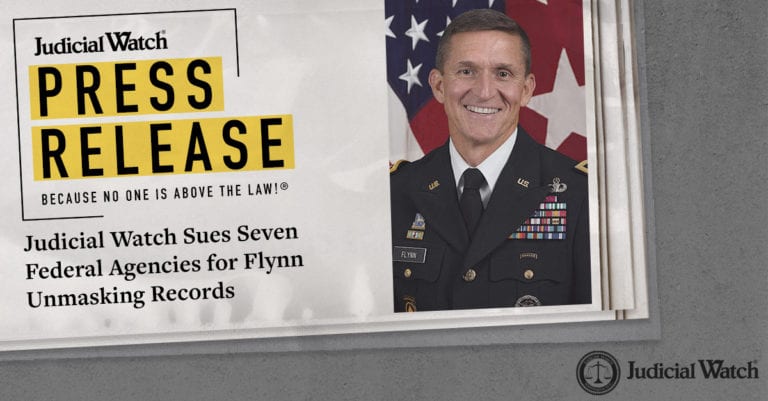 The FOIA requests ask for unmasking requests made by the following officials:

The names of officials and dates identified in the FOIA requests were taken directly from a list declassified on May 8, 2020, by then-Acting Director of National Intelligence Richard Grenell and submitted to Senators Charles Grassley and Ron Johnson on May 13.

“The unmasking requests during the Obama-Trump transition by high-ranking Obama officials reek of sedition,” said Judicial Watch President Tom Fitton. “President Trump should order a full court transparency press to expose more of the truth about this terrible corruption.”