Biden’s ‘Return to Normalcy’ Is Going to Be Terrible 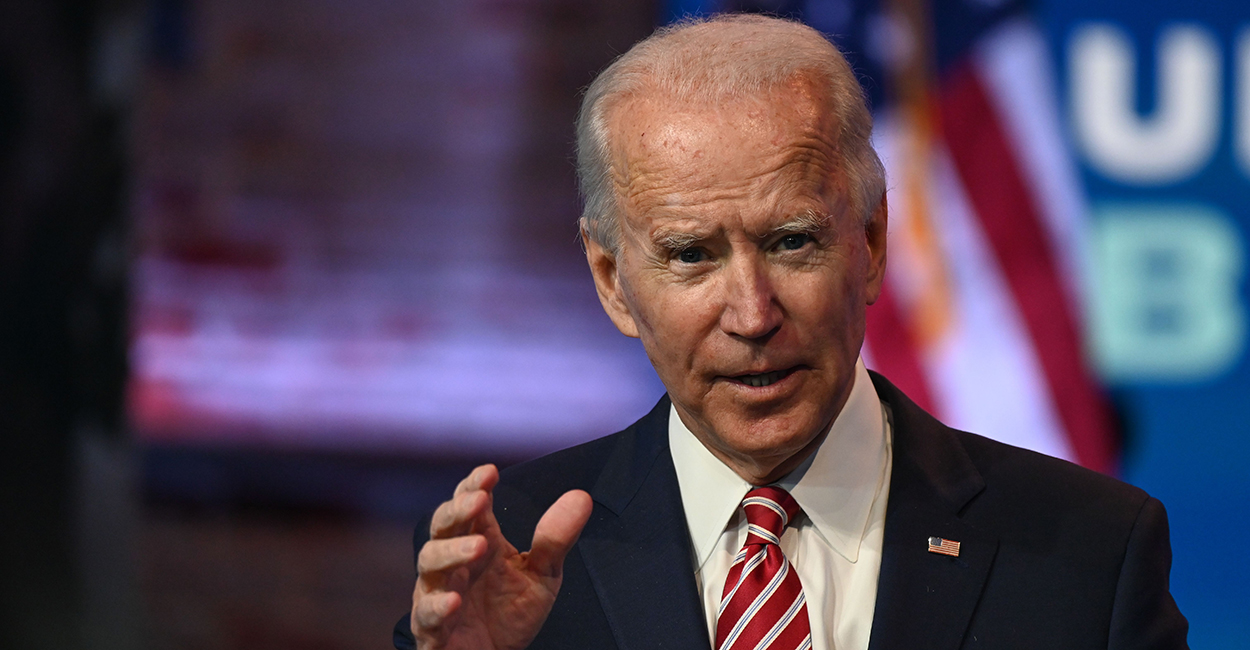 Joe Biden is stacking his administration with all the members of the establishment Democratic gang from the “old normal.”  Pictured: Biden answers questions from the press at The Queen in Wilmington, Delaware, Nov. 16. (Photo: Roberto Sschmidt/AFP/Getty Images)

Biden’s ‘Return to Normalcy’ Is Going to Be Terrible

After spending two years avoiding serious questions about his policy preferences, his team, and his prospective presidency, we now know what Joe Biden intends to do should the Electoral College, as expected, votes for him in December: He’ll reopen the swamp for business.

The media assured us that they would defend democracy from Trump’s brutalities that they would spend every waking moment fighting to prevent anyone from accepting Trumpian standards as the “new normal.”

Instead, the media suggested we needed to return to the old “normal”—by which they meant a system in which the media and Democrats worked hand-in-glove together to lie to the American public about the content of policy (“If you like your doctor, you will be able to keep your doctor!”—former President Barack Obama); in which conventional wisdom was treated as gospel truth, no matter how wrong it was (“There will be no advanced and separate peace with the Arab world without the Palestinian process”—John Kerry on Israel); and in which cozy relationships between corporations and government were considered de rigueur.

They meant a system in which all difficult political questions were put off for another day; in which scandals were brushed off without a second thought; in which even anti-journalistic efforts by Democrats were dismissed as out of hand.

It was a system in which constitutional boundaries were routinely overridden in the name of left-wing policy priorities; in which nasty rhetoric by Democrats was written off as a natural byproduct of the right’s innate evil; in which alternative news sources were treated as conspiracy outlets.

That’s the “normal” the media and Democrats wanted.

And it’s the normal they’ll apparently be pursuing. Biden is stacking his administration with all the members of the establishment Democratic gang.

Tony Blinken, most famous for embracing the Iran deal and encouraging more American troops in Syria, will be headed to the State Department.

Janet Yellen, fresh from her tenure as Federal Reserve chairwoman under Obama, will be headed to the Department of the Treasury.

Meanwhile, the media will continue to cover Biden in sycophantic fashion. This week, The Washington Post ran an entire piece devoted to the wonders of the new Biden era, titled “Washington’s establishment hopes a Biden presidency will make schmoozing great again.”

The piece celebrated the old normal as “respect for experience and expertise,” as “civility and bipartisan cooperation,” as an opportunity to “bring people back together.”

One wonders what sort of peyote the editorial staff of The Washington Post must be ingesting in order to remember the Obama era so fondly; then, one quickly realizes that they’re simply high from huffing Democratic flatulence.

The old normal wasn’t good. That’s why Donald Trump was elected. It’s why Democrats nearly lost the House, and why they seem poised to not take back the Senate, despite Trump’s personal unpopularity.

The old normal stank of cronyism and oligarchy, of corrupt relationships between the Democratic infrastructure and the Democrats’ Praetorian Guard in the media.

Today, the media celebrate the return of the old normal. That celebration is likely to again result in a backlash they can’t control. And they’ll be just as puzzled as ever about why everyone else wasn’t as overjoyed as them about the return of the establishment Democratic swamp.

Ben Shapiro is host of “The Ben Shapiro Show” and editor-in-chief of DailyWire.com. He is The New York Times best-selling author of “Bullies.” He is a graduate of UCLA and Harvard Law School, and lives with his wife and two children in Los Angeles.