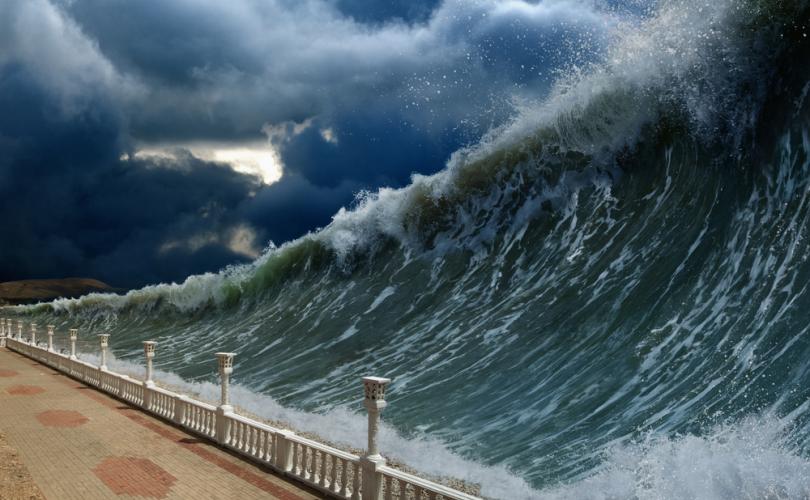 ‘I am afraid large sectors of America’s population are going to be off guard, however, when the states begin to flip’

After a slow start, the Trump legal team is now well and truly underway, and intends to show that the November 3rd election was really won by their guy.

In Pennsylvania, a courageous judge has halted the certification while she looks at evidence of fraud.  One question she might want to ask the Democrat Secretary of State:  If there were only 1.8 million ballots requested, how is it possible that you received 2.5 million back in the mail?

In Wisconsin, a judge is reviewing a petition to throw out 150,000 potentially fraudulent ballots. This effort is led by Phil Kline of the Amistad Project.  Pro-lifers will remember then-Attorney General Kline of Kansas from his years-long efforts to expose late-term abortionists and prosecute Planned Parenthood in that state some years ago.

In Georgia and Michigan, America’s favorite prosecutor, Sidney Powell has unleashed the Kraken.  Her two 100-page plus lawsuits are chock-full of shocking examples of voter fraud, and have a plethora of affidavits appended.

A couple of my “favorite” scams:

In Nevada, a judge is allowing the Trump team to present evidence of widespread voter fraud in a December 3rd hearing.  Included will be evidence of 13,372 “phantom voters” who didn’t know their birthday or even their sex when they registered, and often put down casinos and RV parks as their home address. Definitely sketchy.

And finally, about electronic voter fraud, there is this from one of America’s leading cybersecurity experts quoted in Powell’s Georgia lawsuit:

Expert Navid Keshavarez-Nia explains that US intelligence services had developed tools to infiltrate foreign voting systems including Dominion.  He states that Dominion’s software is vulnerable to data manipulation by unauthorized means and permitted election data to be altered in all battleground states.  He concludes that hundreds of thousands of votes that were cast for President Trump in the 2020 general election were transferred to former Vice-President Biden.  (Exhibit. 26).

What all this means is that the post-election charade that the Democrat candidate won is about to be swept away by a massive tsunami of evidence of voter fraud.  I am afraid large sectors of America’s population are going to be off guard, however, when the states begin to flip.

The reason is that an Iron Curtain of censorship has descended upon the United States.  The media, Twitter, and Facebook are doing their best to keep Americans in the dark about the corruption and the controversy.  As Trump himself has noted, “Big tech and the Fake News Media have partnered to Suppress.”

Even so, two-thirds of Americans now say they want to get to the bottom of the fraud.

There seems something strangely unreal about the actions of “President-elect” Biden.  He continues to announce cabinet picks, and the mainstream media reports his every move, but fewer and fewer people seem to be paying attention.  His Thanksgiving address was watched by only 1,000 people, which seems a pretty paltry showing for someone whom the media claims received 80 million votes.

Even his own “Vice President-elect,” Kamala Harris, has yet to resign her Senate seat, which is not the behavior of someone who believes that, come January 20th, she will actually be sworn in as vice president.

Despite the overflowing evidence of both Hi-Tech and low tech fraud, there are still a few Republicans counseling surrender.  Mitt Romney, not surprisingly, was one of the first.  Ben Sasse and a couple of others have followed, telling the president that he should simply walk away without a fight.  (It will be interesting to see if they have any connection to Dominion Voting Systems.)

Everyone needs to understand, even if a couple of senators don’t, that there is no walking away from this fight.  This is not just about the 2020 election.  Electronic voter fraud began shortly after Obama took office, and has been going on for a decade now.

We know that, by at least 2012, Trump was aware of it.  In fact, shortly after the November 3rd election that year, he Tweeted out a warning to Mitt Romney that electronic voting machines were being used to commit ballot fraud. Romney chose not to contest the results, however, and quickly acknowledged Obama as the winner.

Donald Trump, as everyone knows by now, is made of sterner stuff.  In almost every stump speech leading up to this year’s election, he warned of the dangers of mail-in ballots, and the possibility of massive voter fraud.  He also hinted that he and his team would be watching, saying at various points that “We got ‘em all!” and “We have it all!”

Was he talking about electronically monitoring the election results in real time, or at least having access to servers that did?  We’d better hope so, because this is no longer about a single presidential race.  It is about the survival of the United States of America as a constitutional republic.

If the Leftist cabal behind the present election heist were to succeed, it would only embolden its members to cheat even more brazenly next time.  A tiny oligarchy would effectively be in charge of the U.S., the Constitution would become a dead letter, and rule by laws rather than rule of law would become the order of the day.

In his inaugural address, President Ronald Reagan reminded Americans that “freedom is never more than one generation away from extinction.” His warning has striking resonance today. We face a unique hi-tech threat to our elections from both within and also from without the U.S.

We must pray that Trump is not only re-elected, but that he “gets them all.”  And then we must pass comprehensive national election standards to ensure free and fair elections in the future, even in corrupt Democrat-run cities like Philadelphia.

If we do not now cure our body politic of the poison that has infected it, we run the risk, as President Reagan warned, that “we will spend our sunset years telling our children and our children’s children what it was once like in the United States when men were free.”

Steven W. Mosher is the President of the Population Research Institute and the author of Bully of Asia: Why China’s Dream is the New Threat to World Order