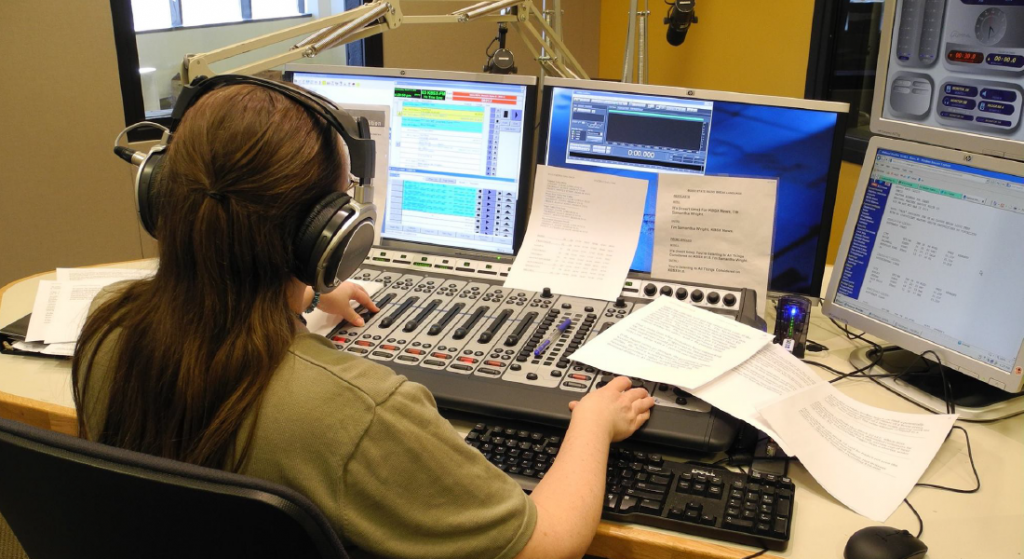 But even the station’s locally-generated content is focused almost exclusively on the promotion of dogmatic leftism in the selection of topics and guests. Durst, who served as a Democrat in the Idaho Legislature but is now a Republican, tweeted, “Why wouldn’t we expect balance on a station that is funded with taxpayer dollars?”

The host of Boise State Radio talk show Idaho Matters, Gemma Gaudette, fired back: “Actually, less than 15% of our station’s budget comes from the state. The rest is ALL listener funded. Which means 85% of our budget comes from private citizens. So if you don’t like what we’re putting on the air, don’t donate and change the channel. You’ve got the power.”

Wow. A “thank you” would have been more appropriate. As in “thank you, Branden Durst and other Idaho taxpayers for supporting this public radio, even if you don’t really want to.” After all, we can change the station. We can feel free not to donate. But we can’t refuse to pay our taxes, and accordingly we’re forced to support a radio station and its programming that doesn’t reflect our views.

In other words, we support government-controlled, leftist media and all its biases because we have had no choice. Even if it’s a small amount of money (in the hundreds of thousands of dollars), it doesn’t make it right.

This can change, and it starts with asking a very simple question: Why? Why should Idaho taxpayers, as they have since the 1970s, continue to be compelled to support Boise State Public Radio and its openly liberal agenda? Why does Boise State University serve as the beachhead for radical social justice extremism, anti-free market, anti-private property, anti-American viewpoints including those that gauge looting as virtuous, open hostility to pro-Trump supporters, and are dismissiveness of complaints that today’s Democrats are socialists? Similarly, why do Idaho taxpayers provide support to a sister operation on the campus of Idaho State University?

And as far as local programming on Boise State Public Radio is concerned, as Durst noted, there’s a near absence of anything approaching balance between competing governing philosophies. Boise State Public Radio is little more than an alternative weekly of the airwaves, steady parade of guests, news stories, and programs, that focus almost exclusively on the notion that government should do more in healthcare, housing, wages, social justice, and the economy.

Why should state government officials turn a blind eye to this fact?

This is not an appeal for balance. This is an appeal to get the government — Idaho’s government — out of the news business. State-sanctioned news always supports the state. That’s just a fact of life and can be seen throughout the world. The idea of state-sponsored media might have more obvious connotations in Russia and China, but here in the U.S., it’s not uncommon for state-owned media outlets to give deference to government control, and it’s doing it right under our noses, using our money, and there’s no good reason for it whatsoever.

Idaho’s State Board of Education holds the licenses for the radio stations at Boise State University and Idaho State University. The radio station licenses expire in 2021. This means state lawmakers, in the legislative session that starts in January, have a chance to do something about it. If a majority of Idaho lawmakers really believe in limited government, as they claim to, voting to get the state out of the business of being the radio mouthpiece for the Left, should be an obvious and easy course of action in the months ahead.