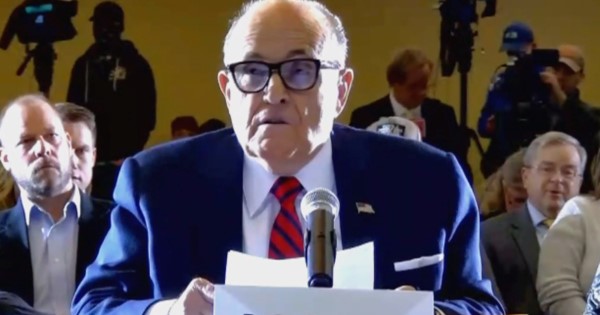 At a public hearing Wednesday held by Pennsylvania lawmakers and President Trump’s campaign, a witness drew gasps when he described “spikes” in the vote count the evening of the election in which Joe Biden gained 570,000 votes to the president’s 3,200.

The spikes in Philadelphia and Pittsburgh came after Trump held a lead of some 700,000 votes. The official count ended with a Biden lead of some 80,000.

Trump called in to the meeting of the Pennsylvania Senate Majority Policy Committee on “election issues and irregularities,” declaring he “won this election by a lot, we got 74 million votes.”

The witness explained to the president’s personal lawyer Rudy Giuliani that normally “you would see a smooth curve going up,” recording the ongoing vote count.

Consequently, he said, a “big spike” would be a “prime indicator of fraudulent voting.”

Giuliani then asked, “When you look at this curve with all of these spikes, can you calculate how much of a vote that accounted for Biden and how much for Trump?”

“And how much for Trump?” Giuliani followed up.

On Wednesday, a Pennsylvania judge blocked certification of the results of the election until her court holds a hearing Friday in a case brought by Republican lawmakers and candidates.

Pennsylvania Democratic Gov. Tom Wolf announced Tuesday that his had certified its election results, thanking election officials “who have administered a fair and free election during an incredibly challenging time in our commonwealth and country’s history.” 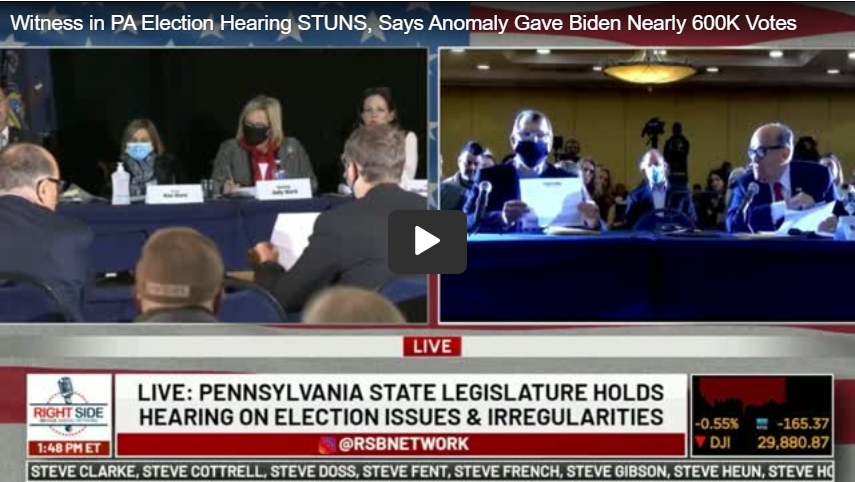 One Critical Move To Make Before January 20th

Another witness, Gregory Stenstrom, a former commanding Navy officer who described himself as a data scientist, forensic computer scientist and an expert in security and fraud, said he observed USB cards being uploaded to voting machines by the warehouse supervisor on multiple occasions.

“This person is not being observed, he’s not a part of the process that I can see, and he is walking in with baggies of USBs,” said Stenstrom, who said he’s a resident of Delaware County, Pennsylvania.

He said 47 USB cards are missing and that the vote was not updated in real time but, instead, once every two or three hours.

“I demanded they upload the vote so I could see what the result was,” he said. 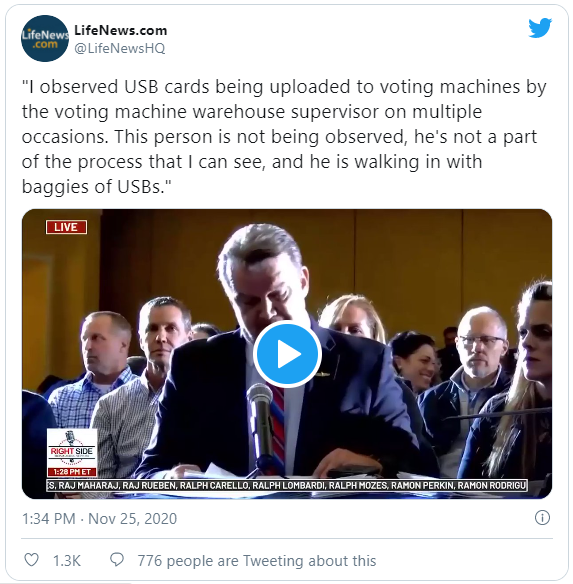 Meanwhile, a vote-pattern analysis by the nonprofit Vote Integrity Project found similar early morning “vote spikes” the night of the election in Michigan, Wisconsin and Georgia.

It concluded “a few key vote updates in competitive states were unusually large in size and had an unusually high Biden-to-Trump ratio.”

“We demonstrate the results differ enough from expected results to be cause for concern.”

Art Moore, co-author of the best-selling book “See Something, Say Nothing,” entered the media world as a PR assistant for the Seattle Mariners and a correspondent covering pro and college sports for Associated Press Radio. He reported for a Chicago-area daily newspaper and was senior news writer for Christianity Today magazine and an editor for Worldwide Newsroom before joining WND shortly after 9/11. He earned a master’s degree in communications from Wheaton College.