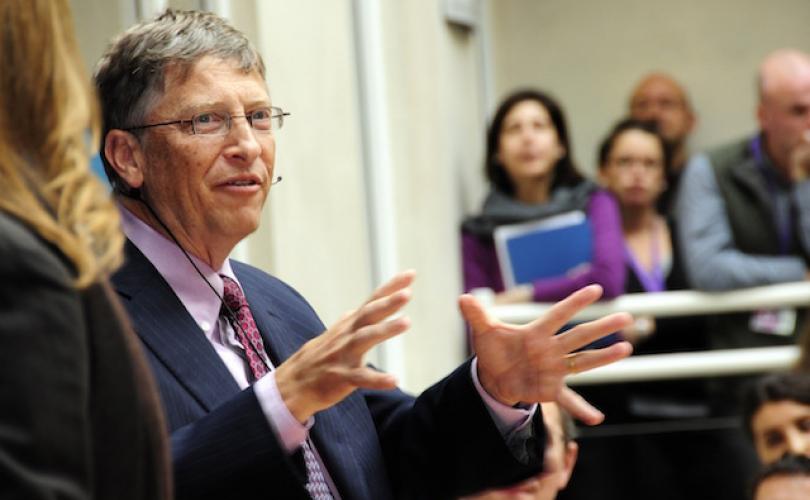 Money went to news outlets such as NPR, BBC, NBC and USA Today owner Gannett, according to Columbia Journalism Review, that in some cases defended the billionaire.

September 8, 2020 (LifeSiteNews) – Numerous prominent media outlets and journalistic organizations holding up the left-wing Gates Foundation as an authority on public health are in fact partially funded by that foundation, according to a report in the Columbia Journalism Review.

CJR’s Tim Schwab wrote that he “examined nearly 20,000 charitable grants the Gates Foundation had made through the end of June and found more than $250 million going toward journalism,” with recipients including National Public Radio, the BBC, NBC, the National Journal, the Guardian, Gannett (which owns USA Today and various major regional newspapers), the National Press Foundation, and other publications, media companies, journalism foundations, and charitable organizations related to media.

And while a 2016 report from the American Press Institute (also a Gates recipient) insisted “there is little evidence that funders insist on or have any editorial review,” CJR’s review identified several indicators to the contrary.

Schwab says he found “hundreds” of NPR articles favorably covering the Gates Foundation and Gates projects, with one particular example of a story in which “every quoted expert is connected to the Bill & Melinda Gates Foundation” (the article did notify readers of the financial support, and NPR insisted it “was not a factor in why or how we did the story”).

The foundation’s money can most strongly be felt, however, in the mainstream media’s elevation of the Gates Foundation as an authoritative voice on COVID-19, despite software giant Bill Gates’ lack of a background in medical science.

“PolitiFact and USA Today (run by the Poynter Institute and Gannett, respectively — both of which have received funds from the Gates Foundation) have even used their fact-checking platforms to defend Gates from ‘false conspiracy theories’ and ‘misinformation,’” Schwab noted, “like the idea that the foundation has financial investments in companies developing covid vaccines and therapies. In fact, the foundation’s website and most recent tax forms clearly show investments in such companies, including Gilead and CureVac.”

Without addressing CJR’s specifics, the Gates Foundation responded to the publication by simply declaring that they “strongly dispute” any suggestion that the “most respected journalism outlets in the world” have “compromised their integrity and independence.”

Nevertheless, concern remains in light of the Gates Foundation’s forays into climate change activism, contraception and population control, education “reform,” and coronavirus punditry. In June, Bill Gates blasted the Trump administration for withdrawing from the World Health Organization (WHO) over its initial response to the coronavirus outbreak, despite the WHO legitimizing early misinformation from the Chinese government and opposing measures that could have better contained the coronavirus at the outset, such as banning travel from China.