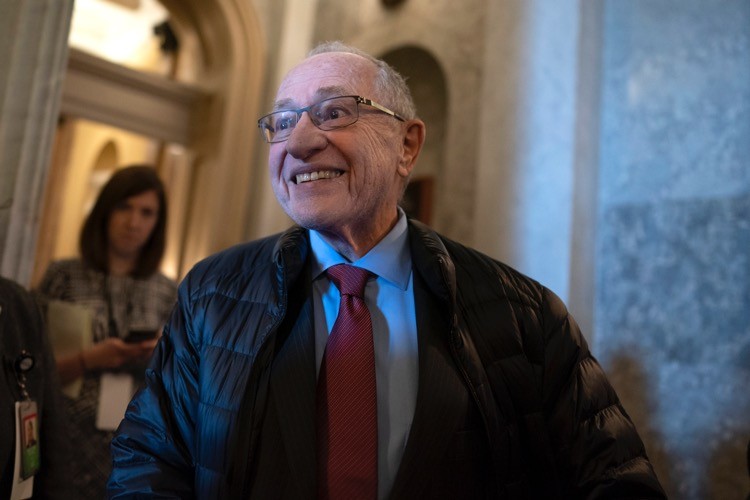 During an interview with Fox News’ Maria Bartiromo on Sunday, retired Harvard Law professor Alan Dershowitz spelled out how Trump’s campaign could prevail in the presidential election:

In Pennsylvania they have two very strong legal arguments:

One, that the courts changed what the legislature [required] about counting ballots after the end of Election Day. That’s a winning issue in the Supreme Court….

They also have a winning issue in the Supreme Court on equal protection … some counties allowed flawed ballots to be cured while others didn’t. Bush v. Gore suggests that an Equal Protection argument can prevail.

Dershowitz earlier illuminated another path to victory for the incumbent: keeping Joe Biden from winning enough Electoral College votes so that the issue moves to the House of Representatives. Dershowitz explained:

What he’s [Trump] trying to do is deny Joe Biden 270 votes, by challenging in Pennsylvania, Georgia, Nevada, Michigan, Arizona….

If he can keep the Biden count below 270 then the matter goes to the House of Representatives where, of course, there is a Republican majority among the delegations of states ….

Currently the GOP has a 26-23-1 state delegation majority in the House.

There’s another path to the White House: presenting a “preponderance of evidence” of computer fraud to courts in enough states for those states to discard the results and the state legislatures to name Electors directly. This is the path being taken by Sidney Powell. She is filing lawsuits in a number of states against election officials who participated in the Dominion voting system fraud.

Anthony Leonardi, writing in the Washington Examiner, explained that Powell plans to “blow up” Georgia with a lawsuit she described as “biblical” as she seeks to overturn the results of the election in several swing states: “Powell made loaded accusations that top Georgia state officials were paid to participate in a voter fraud conspiracy with Dominion voting systems.”

“The suits,” said Powell, “will be against the election officials to invalidate the results of the election and force it to legislatures and the Electoral College, and then [to] Congress if necessary.”

What’s remarkable in all of this is that the Founders saw into the future the time when attempts would be made to hijack the electoral process, and provided constitutional solutions to prevent that from happening.