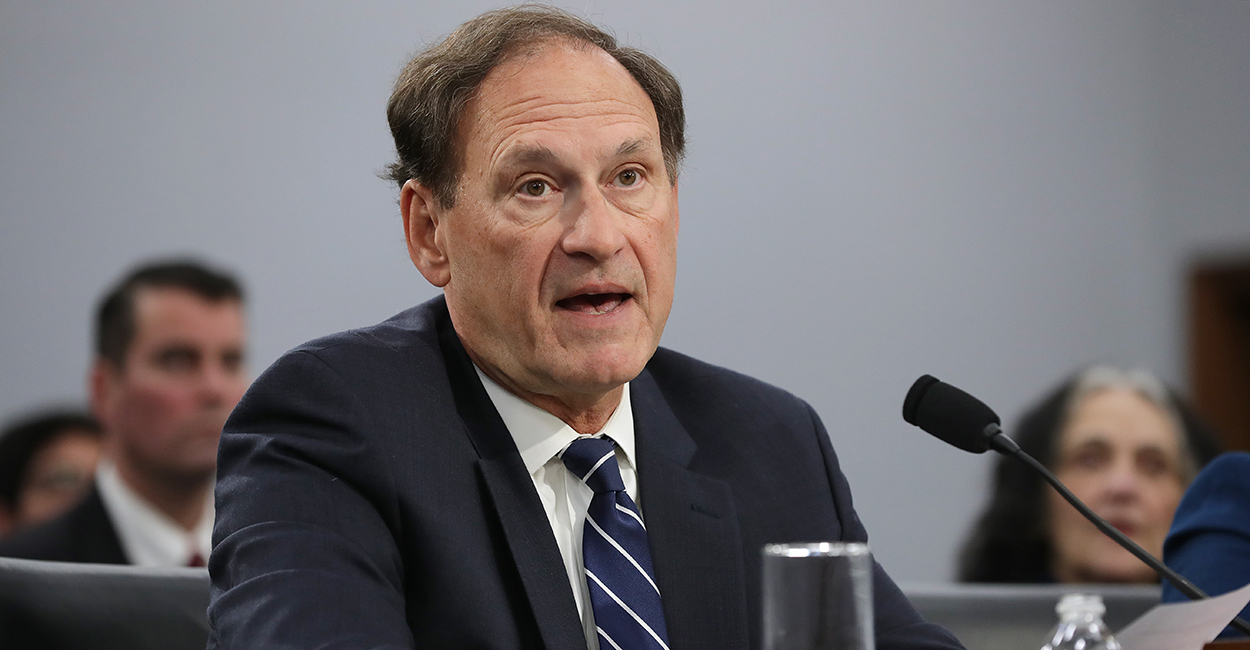 Everywhere one looks there are warning signs, from labels on cigarette packs warning that smoking causes cancer, to ridiculous labels on thermometers that read, “Once used rectally, the thermometer should not be used orally.”

Associate Justice Samuel Alito has delivered some serious warnings that too often are ignored by many who believe the freedoms we enjoy are inviolable.

In an address earlier this month to the Federalist Society National Lawyers Convention, Alito touched on several subjects, including COVID-19, religious liberty, the Second Amendment, free speech, and “bullying” of the Supreme Court by U.S. senators.

Alito made a case for how each issue contains elements that contribute to a slow erosion of our liberties. On tolerance, preached but not often practiced by the left, Alito said: “…tolerance for opposing views is now in short supply in many law schools, and in the broader academic community. When I speak with recent law school graduates, what I hear over and over is that they face harassment and retaliation if they say anything that departs from the law school orthodoxy.” This is not a new revelation, but it bears repeating.

While acknowledging the deaths, hospitalizations, and unemployment caused by COVID-19, Alito warned: “The pandemic has resulted in previously unimaginable restrictions on individual liberty. Now, notice what I am not saying or even implying, I am not diminishing the severity of the virus’s threat to public health. … I’m not saying anything about the legality of COVID restrictions. Nor am I saying anything about whether any of these restrictions represent good public policy. I’m a judge, not a policymaker. All that I’m saying is this. And I think it is an indisputable statement of fact, we have never before seen restrictions as severe, extensive and prolonged as those experienced, for most of 2020.”

> What’s the best way for America to reopen and return to business? The National Coronavirus Recovery Commission, a project of The Heritage Foundation, assembled America’s top thinkers to figure that out. So far, it has made more than 260 recommendations.  Learn more here.

Where does this lead? Alito answered when he spoke of “…the dominance of lawmaking by executive fiat rather than legislation. The vision of early 20th-century progressives and the new dealers of the 1930s was the policymaking would shift from narrow-minded elected legislators, to an elite group of appointed experts, in a word, the policymaking would become more scientific. That dream has been realized to a large extent. Every year administrative agencies acting under broad delegations of ‘authority’ churn out huge volumes of regulations that dwarfs the statutes enacted by the people’s elected representatives. And what have we seen in the pandemic sweeping restrictions imposed for the most part, under statutes that confer enormous executive discretion?”

Alito cited a Nevada case that came before the Court: “Under that law, if the governor finds that there is, quote, a natural technological or manmade emergency, or disaster of major proportions, the governor can perform and exercise such functions, powers and duties as are necessary to promote and secure the safety and protection of the civilian population. To say that this provision confers broad discretion would be an understatement.”

Restrictions on how we are told to celebrate Thanksgiving would be another example.

On the erosion of religious liberty, he said: “It pains me to say this, but in certain quarters, religious liberty is fast becoming a disfavored, right.” As evidence he mentioned how we have moved from the Religious Freedom Restoration Act passed by Congress in 1993 to the recent persecution by the Obama administration of The Little Sisters of the Poor for their refusal to include contraceptives in their health insurance. The Catholic nuns prevailed in a 7-2 court ruling, but Alito believes the threat to the free exercise of religion remains all too real.

There is much more in his address that should be read in its entirety. Alito’s warnings ring true, but are we listening?

Cal Thomas is a syndicated columnist, author, broadcaster, and speaker with access to world leaders, U.S. presidents, celebrities, educators, and countless other notables. He has authored several books, including his latest, “America’s Expiration Date: The Fall of Empires and Superpowers and the Future of the United States.” Readers can email him at tcaeditors@tribpub.com.