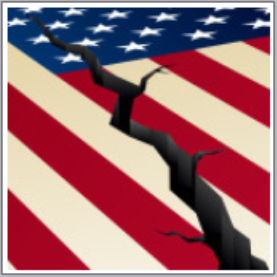 How comforting it is to know that if the Democrats’ cheating holds up, we could soon have a uniter in the White House.  Okay, so Biden called the president of the United States a clown, told him to shut up, and fantasized about taking him behind the barn and punching him out.  But as senile old criminals go, Joe Biden isn’t nearly as bad as Whitey Bulger, Meyer Lansky, or El Chapo.  Creepier, to be sure, but all things considered, not as bad.

Of course, Hollywood legend Jon Voight might take issue with that assessment, given that he compared Biden to Satan and labeled Democrats evil.  Voight’s blunt words reminded me of a subject to which I’ve given a great deal of thought over the years.  Like millions of others, I’ve always had a big question mark next to the concept of evil.  Your gut tells you that evil exists, but intellectual honesty has a way of forcing people to admit that words such as immoral, dishonest, unethical, and evil are subjective, i.e., what one person views as an immoral act, another may think of as righteous, or even heroic.

I addressed this conundrum in my first book, Winning Through Intimidation, the central focus of which was to describe some of my most painful experiences as a real estate broker specializing in large apartment developments.  Early in my career, I accepted the reality that getting cheated out of one’s agreed-upon commission was a way of life for real estate agents, especially those who specialize in large commercial properties.

What I found to be most interesting, however, was that the more dishonest the seller of a property was, the more self-righteous he tended to be.  It was a fascinating, inversely proportional phenomenon that I knew I could always count on.  It never ceased to amaze me how someone who blatantly cheated me out of my commission could, with a straight face no less, not only rationalize his unscrupulous deed, but rub insult into injury by pontificating about his nonexistent honesty and integrity.

Which brings me to today’s political climate.  An oft-repeated quote from John Adams says, “Our Constitution was made only for a moral and religious people.  It is wholly inadequate to the government of any other.”  What we are seeing play out in America over the past four years is a relentless attempt on the part of the mainstream media (which, of course, includes most of Fox News), Democrat politicians, and Democrat voters to override the Constitution, destroy those who disagree with them, and achieve and maintain power by any means necessary.  Clearly, the Constitution is irrelevant to them.  In fact, they see it as an impediment to their agenda.

It is now apparent to all that the media’s partner in crime is Silicon Valley.  Google’s original motto (“Don’t Be Evil”) is excellent advice that everyone would agree is a worthwhile goal.  The problem, however, is that what Google’s founders, Larry Page and Sergey Brin, meant by this motto is that you should not be evil.  It does not apply to them, because in their minds they are part of a noble crusade to purify the human race and get everyone to agree with their vision of right and wrong.  Plain and simple, they are morally superior to everyday Americans, thus they see it as their moral imperative to destroy everyone and everything that challenges their pious goals.

Of course, to any serious person of goodwill the idea of hateful people claiming moral superiority is both ludicrous and repugnant.  Yet Democrats have made an artform of packaging self-righteousness with hatred.  Trying to get them to see their hypocrisy is a time-wasting endeavor.

To demonstrate this, we need go no further than the top of the Democrat pyramid.  We were once again reminded of just how foul Radical Leftists can be when the world’s angriest couple recently lashed out at everyday Americans once again in spite of the fact that they believed Democrats had won the presidency.  You’d think they would be overjoyed and anxious to demonstrate their moral superiority by “going high” in an effort to unite the country, but that would be wishful thinking.

Instead, Malevolent Michelle offered up this little love note to the 73 million (and counting) people who voted for President Trump:  “Let’s remember that tens of millions of people voted for the status quo, even when it meant supporting lies, hate, chaos, and division. We’ve got a lot of work to do to reach out to these folks in the years ahead and connect with them on what unites us.”

Michelle Obama is the only woman in the world who can make Christiane Amanpour seem saintly by comparison.  It is, of course, Democrats who traffic in lies, hate, chaos, and division.  It’s not hard to understand why the law partner who recruited Michelle Obama for her first job many years ago described her as “perennially dissatisfied.”  In a just world, she would be stocking shelves at Walmart, not living in a $15 million mansion and having her bloated torso adorning the covers of prestigious magazines.  Even so, she is still not satisfied.  But forget all that and just be grateful that she wants to reach out and help you repent for your sins.

Not to be outdone, Mrs. Obama’s angry, wussy husband continues to embellish his creds as the first ex-president to relentlessly, and hatefully, bash his successor.  In his new work of autobiographical fiction, he laments that Donald Trump “promised an elixir for the racial anxiety” of “millions of Americans spooked by a black man in the White House.”  Sorry, Barack, but people weren’t spooked by your light brown skin.  They were spooked by your congenital lying, your nasty divisiveness, your arrogance, and your stunning incompetency.

That said, before fair-weather Republicans even think about abandoning the populist liberty crusade and currying favor with the enemy, they would do well to recognize that when Democrats babble about the need for everyone to come together, what they really mean is, “Shut up and do what you’re told!”  Make no mistake about it, complete surrender by their perceived enemies is the Democrats’ definition of unity.

That being the case, if it’s a choice between Democrat unity and division, I opt for division.