The 400th Anniversary of the Signing of the Mayflower Compact Day 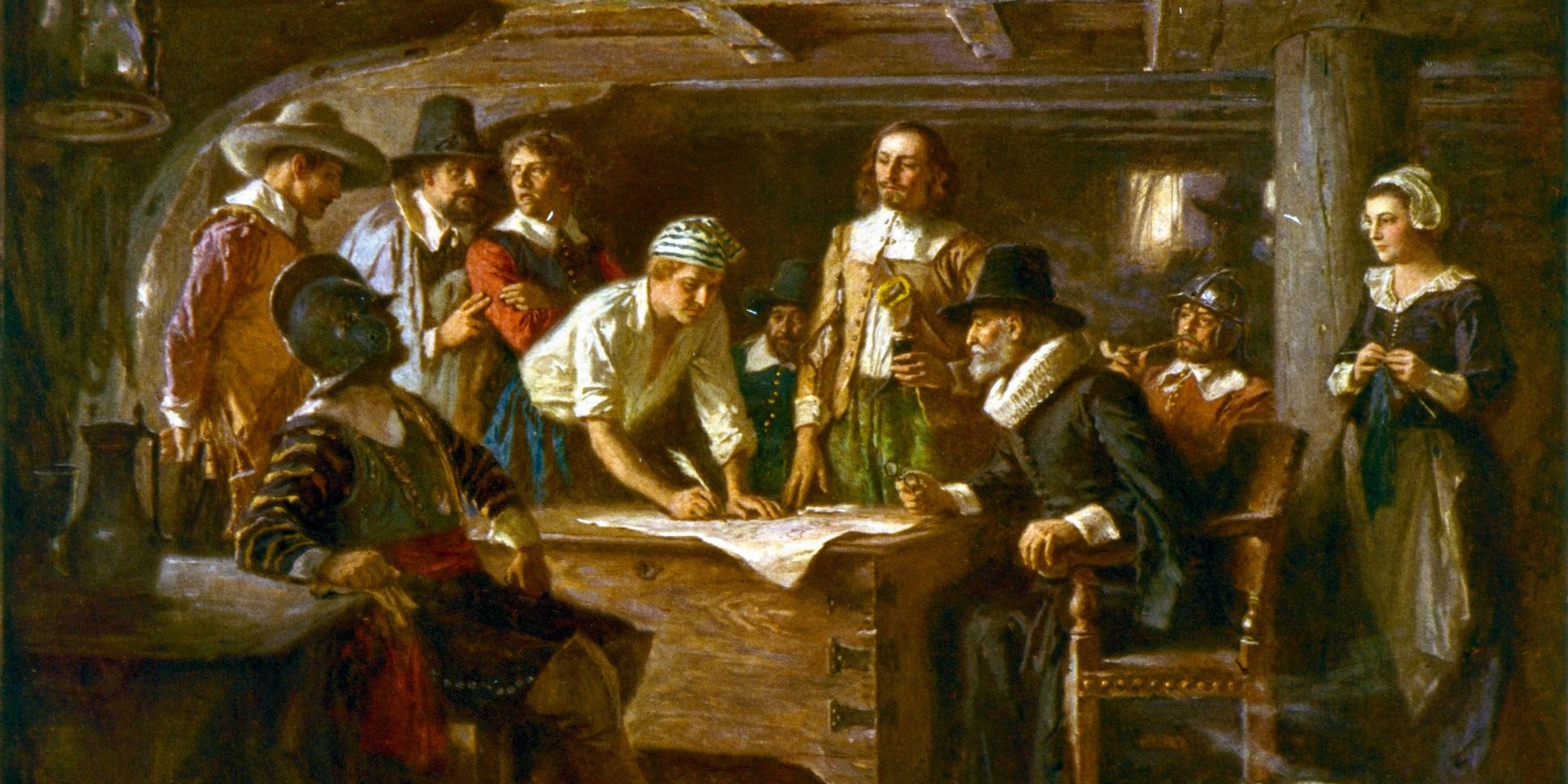 The 400th Anniversary of the Signing of the Mayflower Compact Day

Mayflower Compact Day is hardly heard of these days.  It used to be on the calendar years ago, but now it is not taught or remembered in most schools in America though we have benefited from it as a legacy of self-government  All it takes, however, is for a few to commemorate its significance to keep it alive!

Mayflower Compact Day is the day the Pilgrims signed this document on board the Mayflower while it lay anchored in the harbor on Saturday, November 11, 1620.  With the change in the calendar in 1752, the date now corresponds to November 21, which is also a Saturday this year, 400 years later! Forty-one males signed the document that brought unity in the midst of mutiny.

A compact is a covenant.  Since the Pilgrims were children of the Reformation, their view of covenant came from the Bible.  It was God that initiated the concept of covenant with Adam and Eve (Genesis 2:15-17 and 2:24).  Throughout the Bible covenants were used both vertically (with God directly) and horizontally (with people) to depict God’s process of bringing people into unity with Him and one another.  It elevated the common good, or what is best for all, encouraging people to work together. 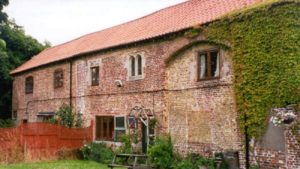 The Pilgrims, while they were meeting secretly at Scrooby Manor in England (1606), ratified their church covenant, described by Bradford; “…as the Lord’s free people joined themselves (by a covenant of the Lord) into a church estate, in the fellowship of the gospel, to walk in all His ways made known, or to be made known unto them, according to their best endeavors, whatsoever it should cost them.”  They did this as the Lord’s “free people,” without the permission of the hierarchy of the Church of England, as taught by their Pastor, John Robinson.  It was the people that ratified this covenant, not just the leaders, and thus Christian self-government was the cornerstone of their church.

William Bradford made it clear that what made their Pastor John Robinson unique, for “besides his singular abilities in divine things (wherein he excelled) he was also very able to give directions in civil affairs… by which means he was very helpful to their outward estate…”  In other words, their Pastor led them, not just in spiritual affairs of their soul, but also in civil affairs.

Pastor Robinson gave sound advice in his farewell letter to the Pilgrims:

“Whereas you are become a body politic, using amongst yourselves civil government, and are not furnished with any persons of special eminency above the rest, to be chosen by you into office of government; let your wisdom and godliness appear, not only in choosing such persons as do entirely love and will promote the common good… not being like the foolish multitude who more honor the gay coat than either the virtuous mind of the man, or glorious ordinance of the Lord.” 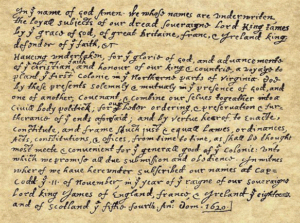 This is good advice for it affirms that civil government is the glorious ordinance of the Lord.  When blown off course and not within their Patent (“northern Virginia” where Manhattan is today), and as Bradford writes “occasioned partly by the discontented and mutinous speeches that some of the strangers amongst them had let fall from them in the ship: that when they came ashore they would use their own liberty, for none had power to command them”; they drew up the Mayflower Compact. 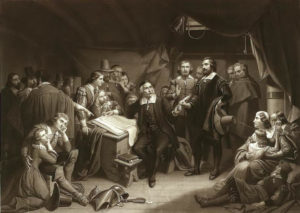 They exercised self-government, writing a covenant for their civil affairs as they had already done for their religious affairs.  There, off the coast of what is now Provincetown, the cornerstone of American government was born.  As the American Bar Association noted in 1978 “The document represents the application to the affairs of civil government of the philosophy of the church covenant which was the basis of Puritan theology.  This theology found in the Scriptures the right of men to associate and covenant to form a church and civil government and to choose their own officers to administer both religious and civil affairs.” The ideas contained within the Mayflower Compact are significant:

The Pierce Patent of 1621 (the original of which hangs in Pilgrim Hall Museum today) made the Pilgrims legal in the eyes of England.  In the minds of the Pilgrims, their Compact might have been temporary until they were legal, for they said they were “loyal subjects.”  But in time it became more, for as historian Jeremy Bangs noted; “…the Pilgrims did not invent for civil society the democratic concept of decision by majority vote; nonetheless, in early modern society they did put into real practice what had only been adumbrated in smaller social groups and theorized by Browne as an application of ideal church structure to civil society as a whole.”

Subsequent editions of Pilgrim laws printed the Compact as a preamble, indicating that they functioned under this covenant of self-rule.  Thus, the Compact is, in essence, the cornerstone of self-government under God which has made America unique among nations.  For as Calvin Coolidge said in 1920:

“The compact which they signed was an event of the greatest importance. It was the foundation of liberty based on law and order, and that tradition has been steadily upheld…. It was democratic, an acknowledgment of liberty under law and order and the giving to each person the right to participate in the government, while they promised to be obedient to the laws.”

Shouldn’t we honor such a beginning?  Shouldn’t we celebrate the day when self-government was born in America?  As Bradford would say “Let the glorious name of Jehovah have all the praise!”