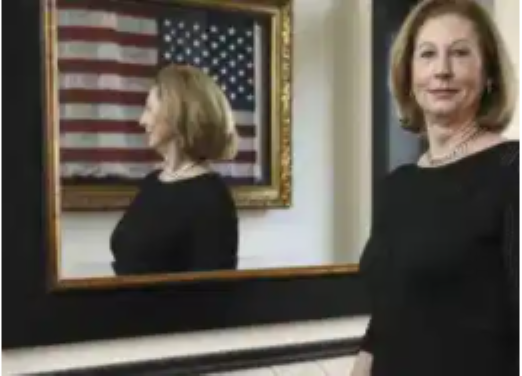 Tucker Carlson went on a tear against Trump campaign attorney Sidney Powell last night and it didn’t go over well with many Trump supporters or Sidney Powell.

Sidney Powell didn’t hold back during an interview on Mornings with Maria earlier today.

Maria Bartiromo asked Powell, “How did you respond to Tucker Carlson? Did you get angry with the show because they texted you and asked you to provide evidence of what you’re alleging?”

Powell responded, “No, I didn’t get angry with the request to provide evidence. In fact, I sent an affidavit to Tucker that I had not even attached to a pleading yet to help him understand the situation. And I offered him another witness who could explain the mathematics of the statistical evidence far better than I can. I’m not really a numbers person. But he was very insulting, demanding and rude and I told him not to contact me again in those terms.” 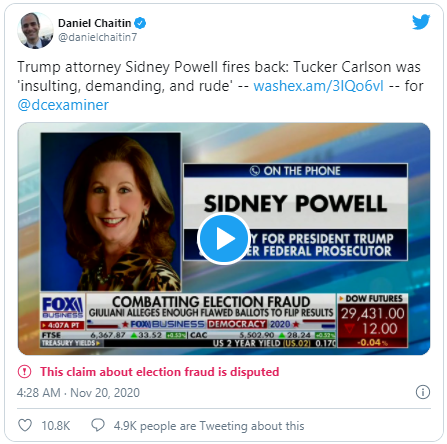