Treason is no barrier to the Left’s lust for power 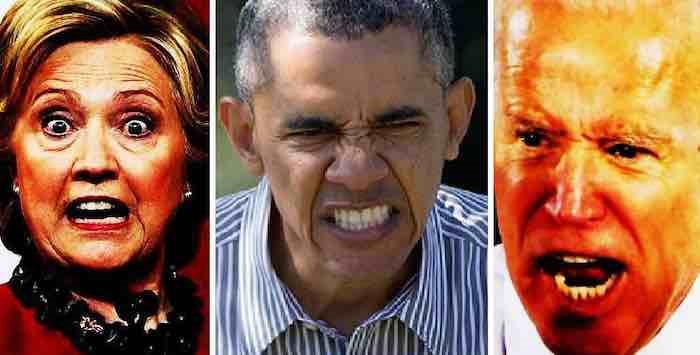 Treason is no barrier to the Left’s lust for power

Traitors are afoot in America. Only We the People can stop them.

There were several clues that something like this was coming.

Even before his election in 2016, opposition to Trump gathered to meet in the office of then President Obama.

It maxed-out on Election Day 2020, in the most deliberate, planned and executed effort to fix a national election in American history.

Now, two weeks later, how it was done and by whom, becomes more transparent by the day.

The Left’s allies in the broadcast, social, and print media have suppressed the truth, but they, too, are being exposed.

Looking back now, it’s clear why some Democrats on the U.S. Senate Judiciary Committee pressed Judge Amy Barrett to pledge to recuse herself if Trump challenged the results of the upcoming election.

Some knew what was coming.

Looking back earlier, it’s clear now why several of the Left’s “journalists” suggested that Trump would need to be forcibly removed from the White House by the military if he lost the election.

They, too, were privy to the plan for November 3.

And then there was the clue in this short (24 sec.) YouTube video entitled: “Joe Biden brags about having ‘the most extensive and inclusive VOTER FRAUD organization’ in history.’”  (Best watch it quick before the Tubers make it evaporate.)

The Left’s media did a fast fly-by on Joe’s statement, suggesting that he misspoke, or was taken out-of-context, or some other illogical explanation that aimed to distract attention away from the straight, flat words of Joe’s message.  It clearly was: Don’t worry, folks, we’re cueing up to cheat, bigtime.

The lies of the Steel Dossier become the forged ballots of Dominion Voting, et.al.

The failed indictment of a President led by a heralded F.B.I. crime fighter turned semi-brain addled senior, transitioned into counterfeit ballots on Election Day, when the dead and never-alive showed up to vote.  Many came in the dark-of-night, after the polls closed.

All is becoming clear and ugly.

It puts this Constitutional Republic in danger of becoming a Banana Republic, as the notion of free and fair elections is being erased from the landscape.  The threat is real, and there are high hurdles to overcome in reversing the Left’s treason.

First, in what forum can justice prevail?

Can a widely compromised judiciary honestly address, examine, and adjudicate this mess to a resolution?

For small scale examples of how that would play out, see the corruption of Roger Stone’s jurist, U.S. District Judge Amy Berman Jackson. And there’s U.S. District Judge Emmet Sullivan—a judge, jury and prosecutor all under one robe against General Michael Flynn.

The Bench is not only a pedestal for impartial wisdom. It can also be a perch for partisan bias. Which is why trust in America’s justice system is on life-support.  So where does that leave We the People?  In distress—is the short answer.

But there’s too much is at stake to stay there long.

If we, collectively, let stand the results of a treasonous Presidential Election, hijacked by the American Left, we dishonor the sacrifice of the women and men who died representing America in its past struggles against tyranny and injustice, at home and abroad.

Traitors are afoot in America. Only We the People can stop them.