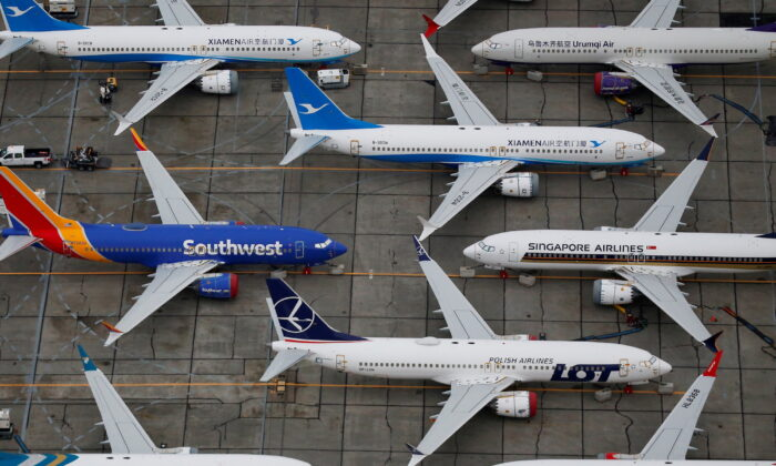 The U.S. Federal Aviation Administration (FAA) on Wednesday approved Boeing’s 737 MAX to take to the skies again, after two fatal crashes led to its grounding and drove nearly two years of regulatory scrutiny into the beleaguered jet.

In issuing a rescission of its Emergency Order of Prohibition (pdf), the FAA cleared the way for Boeing Model 737-8 and 737-9 airplanes to operate, provided that the plane maker satisfies certain conditions. 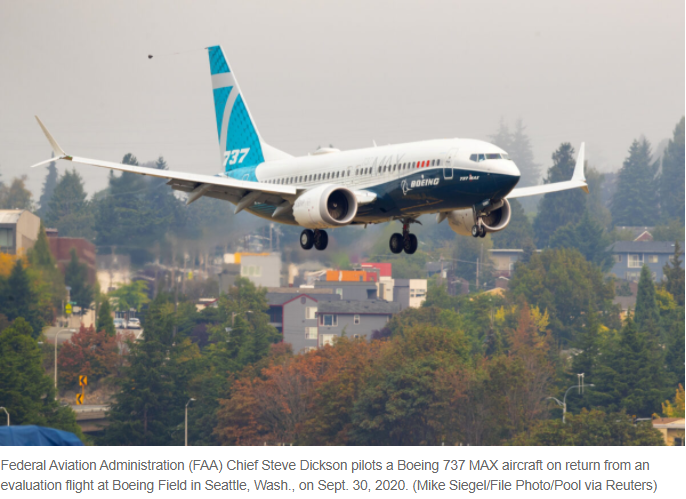 FAA Administrator Steve Dickson, who signed the order lifting the flight ban early on Wednesday, told Reuters that he is “100 percent confident” in the plane’s safety and that the agency has “done everything humanly possible” to ensure the types of crashes that prompted the grounding of the 737 MAX do not happen again.

The 737 MAX crashes in Indonesia and Ethiopia killed 346 people within five months in 2018 and 2019 and triggered a hailstorm of investigations, frayed U.S. leadership in global aviation, and cost Boeing some $20 billion.

Families of the Ethiopian crash victims said in a statement on Wednesday that they felt “sheer disappointment and renewed grief” following the FAA’s decision to return the aircraft to service. 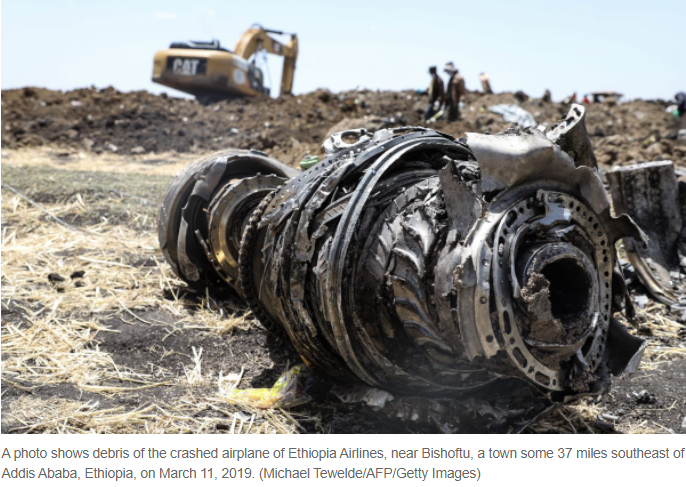 David Calhoun, Boeing’s chief executive, expressed regret for the lives lost and said the company has learnt lessons from the tragedies.

“We will never forget the lives lost in the two tragic accidents that led to the decision to suspend operations,” Calhoun said in a statement. “These events and the lessons we have learned as a result have reshaped our company and further focused our attention on our core values of safety, quality, and integrity.”

Besides making changes to the airplane itself and pilot training, Boeing said it has set up a new unit to centralize safety responsibilities across the company and adopted enhanced design processes to ensure planes coming off the assembly line meet higher quality standards.

The FAA, which has faced accusations of being too close to Boeing in the past, said it would no longer allow Boeing to sign off on the airworthiness of some 450 737 MAXs built and parked during the flight ban. Instead, the agency plans in-person inspections that could take a year or more to complete, prolonging delivery of the jets. 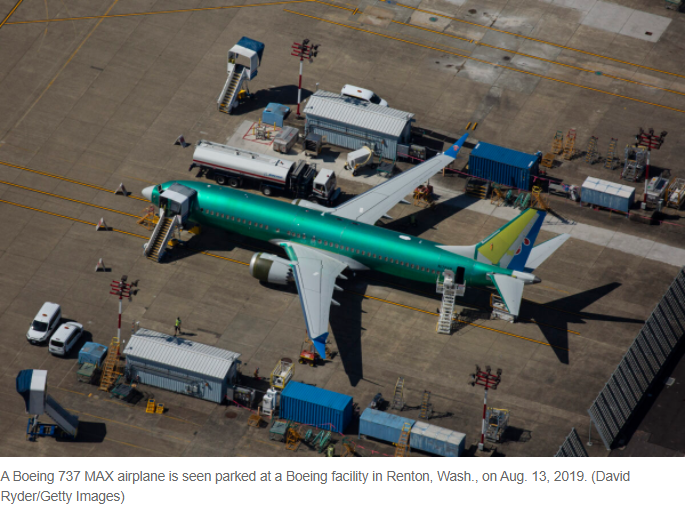 Leading regulators in Europe, Brazil, and China must issue their own approvals for their airlines after independent reviews, illustrating how the 737 MAX crashes upended a once U.S.-dominated airline safety system in which nations for decades moved in lockstep with the FAA.

“The FAA’s directive is an important milestone,” said Stan Deal, president and chief executive officer of Boeing Commercial Airplanes, in a statement. “We will continue to work with regulators around the world and our customers to return the airplane back into service worldwide.”

Of the U.S. airlines with 737 MAX jets, American Airlines plans to relaunch the first commercial MAX flight since the grounding on Dec. 29, followed by United Airlines in the first quarter of 2021 and Southwest Airlines in the second quarter next year.

When it does fly, Boeing will be running a 24-hour war room to monitor all MAX flights for issues that could impact the jet’s return, from stuck landing gear to health emergencies, three people familiar with the matter told Reuters.

Reuters contributed to this report.