COVID Propaganda: Frightening People Into the Arms of Tyranny 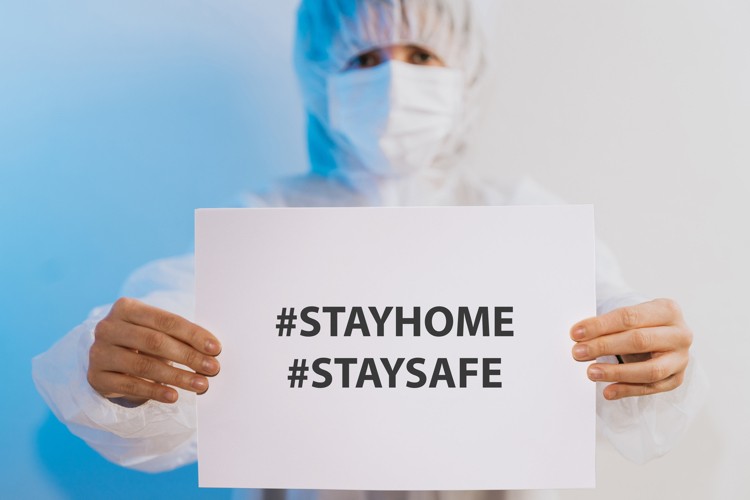 COVID Propaganda: Frightening People Into the Arms of Tyranny

America’s unhinged, psychotic and sociopathic ruling class and their lapdog propagandists in the mainstream “media” continue to do as much as possible to stampede the public into mass panic over COVID-19 in order to generate support for, or prevent opposition to, various totalitarian agenda points including new and aggressive lockdowns, biometric tracking, digital identity, and other platform proposals for the United Nations/World Economic Forum’s communist “Great Reset.”

Don’t buy into the fear — it is unjustified. They want you to believe that a frighteningly large number of people, including children, will die from COVID. The fact is, the vast majority of people will not die from COVID-19 under current circumstances.

A current part of the panic propaganda is based on appealing to people’s innate and instinctual fear for the safety of children. “Think of the children” has long been a cherished propaganda ploy used by statists seeking to pass onerous legislation that limits freedom and arrogates additional powers to the state. It is no different today with COVID.

As a recent example, multiple mainstream-media sources carried a variation of this headline as it appeared in the New York Daily News on November 16: “More than 1 million kids in U.S. have had coronavirus, pediatricians say.”

The headline is designed to shock and awe and invoke a fear response. The article itself quotes a doctor who emphasizes the horror of the finding. “‘As a pediatrician who has practiced medicine for over three decades, I find this number staggering and tragic,’ Dr. Sally Goza, president of the AAP, said in a statement. ‘We haven’t seen a virus flash through our communities in this way since before we had vaccines for measles and polio.’”

Naturally, because of this terrible number of childhood cases, we need more of everything that big government can provide, according to Dr. Goza. “We must work now to restore confidence in our public health and scientific agencies, create fiscal relief for families and pediatricians alike, and support the systems that support children and families such as our schools, mental health care, and nutrition assistance.”

This is propaganda, and we can break it down and reveal it for what it is.

First, the claim that the cited high number of cases among children is indicative of a large-scale threat is simply untrue. The U.K.’s Daily Mail reported on the same data as the New York Daily News. The Daily Mail opened with this observation: “Coronavirus infections among American children are rising but the death rate is continuing to fall, a new report finds.”

That report [PDF] from the American Academy of Pediatrics, which is the basis for both the Daily Mail and NY Daily News articles, reveals the actual number of American children to have died because of COVID. Dating from May 21 to November 12, the report states that 133 children have died. That number is revealed in “Appendix Table 2C: Summary of Child Mortality Data from 5/21 — 11/12.” That table also reveals that the percent of child cases resulting in death is 0.01 percent.

Kids, in fact, are far more likely to die from the dangers of everyday life than they are from COVID-19. As an example, consider deaths from car crashes. In 2016 over 4,000 children and teens died as a result of automobile accidents.

This isn’t to say that the death of any child or other person should not be considered a tragedy. But it is necessary to have a clear-eyed view of risk to prevent from being stampeded into unnecessary and counter-productive panic. Riding in or driving a car is simply more dangerous to children than COVID-19, but no one who is not some kind of unhinged psychotic nut would advocate banning children from cars.

Still, Dr. Goza, without regard to these important facts, calls for statist remedies to solve the problem of what she perceives as the “tragic” childhood COVID situation. Her first demand is that “We must work now to restore confidence in our public health and scientific agencies.”

That is clearly a call for yet more propaganda to spread fear. She wishes to do this in order to support her demand for “fiscal relief for families and pediatricians alike, and support the systems that support children and families such as our schools, mental health care, and nutrition assistance.”

This is a demand for additional redistribution of wealth, which can only be accomplished through state coercion of taxpayers. This is COVID-19 in a nutshell: Incite fear through aggressive propaganda to get people to agree to (or at least not resist) being imprisoned and controlled and then robbed of their financial assets.

It is a colossal and brazen swindle.

As far as the risk for adults beyond the age of 19, the situation is still not nearly as dire as the statist propaganda insists.

In short, Covid-19 does not warrant a totalitarian, unconstitutional abridgment of freedom — though destroying freedom in general and the Bill of Rights in particular is the ongoing goal of the international progressive cabal.

In light of the facts about the threat of COVID-19, economist Boudreaux asks a number of pertinent questions that deserve repetition:

What reasonable person believes, in light of the above facts about Covid-19’s lethality and overwhelming disregard for the non-aged, that it is reasonable, prudent, and justified to massively upend economic and social intercourse, as has been done and as governments continue to do? What sensible human being, in light of these facts, agrees to have government dictate the number of persons who are allowed to gather in private homes? To grind to a halt a great deal of productive activity? To shutter schools and have five- and six-year-old children “learn” through Zoom? To trust executive government officials with powers never before exercised in the United States on such a scale and with such utter arbitrariness — that is, to trust executive government officials to be dictators, for that’s what they have become and that’s what they remain as I write these words in fear, sorrow, and anger?

Why are so many Americans, the vast majority of whom are at no real risk of suffering from Covid, treating fellow human beings as lethal monsters?

Why have so many of my fellow human beings lost touch with reality and become deranged?