Why Joe Biden cannot be president 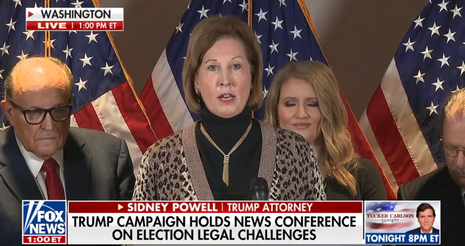 Why Joe Biden cannot be president

Military whistleblower Lt. Col. (Ret.) Tony Shaffer tells me on America’s Survival TV that President Trump should never concede an election “victory” to Biden. There’s just too much evidence that the election was stolen, perhaps through electronic voting system shenanigans with the connivance of U.S. intelligence agencies.

On three important issues—illegal drugs that destroy the ability of young people to think, economic destruction caused by Covid-19 lockdowns, and the deliberate murder of the innocent unborn—the Biden agenda is clear. Millions could die.

Out of this will come what has been called the New World Order and is now openly referred to as the Great Reset. Only Trump and his backers stand in the way.

Consider the movement to legalize marijuana and other mind-altering drugs. Originated with money from the likes of Hugh Hefner and billionaire George Soros, it has grown to the point where CNBC’s financial guru, Jim Cramer, is promoting and exploiting the increasing addiction to drugs for profit. This is the Wall Street mentality—money at any cost.

“Cannabis Stocks in 2021,” proclaims one of Cramer’s email messages promoting the marijuana business. “With Joe Biden winning the election,” says Cramer—ignoring the evidence of election fraud—“marijuana legalization becomes more likely. The impact of this election on the cannabis industry is enormous. If you join Real Money now, investing experts will give you the companies you can buy and investing advice on cannabis stocks.” His newsletter is Real Money. In this case, he makes money at the expense of the lives of people, many of them young, addicted to the drug, becoming stoned, and in some cases resorting to violence against others or themselves.

Consider the case of Johnny Stack, a young man who committed suicide on November 20, 2019, as a result of cannabis psychosis. He began smoking pot at the age of 14 when it was legalized in Colorado and drug dealers operated in the open, even in and around schools. He then started to “dab” high potency pot, leading to psychotic episodes. His mother Laura describes how all of this culminated in her son jumping off a six-story building in an impulsive act of fear and desperation.

On the other hand, in hailing the election of “President-elect” Biden, Jim Cramer notes that young people voted for Biden because of climate change, a debatable theory, and because we can now transform our economy into one operated on the basis of “green energy.” It’s a dangerous fraud, just like the stolen elections.

In some areas, such as military technology, it makes sense to maintain or increase defense spending. The National Interest reports evidence that Russia and China are outpacing the U.S. in military technology. But more foreign wars on behalf of Muslims who hate us is lunacy.

An honest leftist by the name of Chloe Rafferty notes that Biden, who once wrote a Wall Street Journal article “How I Learned to Love the New World Order,” has “backed U.S. intervention in the Balkan war, supported the invasion of Afghanistan in 2001, voted for the war on Iraq in 2003 and, as vice president, backed the U.S. intervention in Libya.” Yet, look at how many “progressives” endorsed Biden.

Most conservatives backed the Afghanistan war, in response to 9/11, but continuing to fight this war 19 years later, after it has turned into a futile nation-building exercise, makes no sense. That’s why Trump is trying to get our troops home.

Sounding tough about the Russians and the Chinese, Biden actually favors a global accommodation with both of these adversaries. That means the integration of capitalism with communism, creating a one-world socialist state. In this scenario, China will be the new model for the world and will dominate the Great Reset, after devastating the world with its China virus.

The brilliant researcher Trevor Loudon told me in an ASI TV interview (and he documents in his book White House Reds) that Biden owes his political career to the Council for a Livable world, a group started by alleged Soviet agent Leo Szilard. The Council was supported by money from Al Gore Sr., who in turn was funded by Soviet agent Armand Hammer.

Truth be told, the evidence suggests that Biden is pro-Russian. He vows to pursue unverifiable “arms control” agreements with the Russians.

Biden, of course, is also linked through his son Hunter to the Chinese communists, a story suppressed by Big Tech as people were voting in the 2020 U.S. election. This kind of censorship should be enough to declare the election null and void. No way was it a fair and honest election—a fact that makes the case for Trump staying in office even more solid.

Meanwhile, as noted by Bill Donohue of the Catholic League, Biden is determined to promote more deaths from abortion. “Among Biden’s top priorities,” Donohue says, “is to codify into law the Supreme Court ruling in Roe v. Wade. In other words, Biden wants to lock in the right of a woman to abort her child at any moment of pregnancy, for any reason whatsoever, thus blunting any future court challenges.” What’s more, “Biden also wants to get rid of the Hyde Amendment, thus forcing taxpayers to pay for abortions.” This means the grand total of 63 million abortions in the U.S. will accelerate under Biden.

In this context, it is interesting to note that some churches last Sunday were ordered to pray for a “peaceful transition of power” in the United States, when the results have not been certified and legal actions are still underway. In Washington, D.C., this reflected the influence of Archbishop Wilton D. Gregory, the seventh Archbishop of Washington who is a pawn of Pope Francis. Gregory hates Trump and denounced him during the campaign. Francis is hoping for a major role in Joe Biden’s “New World Order” and the “Great Reset.” Putting his own spin on it, Francis issued an encyclical “Fratelli tutti,” translated as “All Brothers.” It is the Gospel of the one-worlders.

Meanwhile, Biden proposes more economic lockdowns in response to the China virus, a policy that will result in more deaths from suicides and drug overdoses. A Biden presidency means a national policy of accelerating the arrest of church-goers, while abortion clinics and pot shops keep operating—killing human beings or altering peoples’ minds so they become numb to what is happening before them.

Oregon just voted to decriminalize all hard drugs, including heroin, LSD, and cocaine. Look for drug injection sites to start popping up all around the country under a Biden presidency. This is the CIA MK-Ultra mind-control project made into official U.S. government policy.

In Canada, a revolt is underway as people reject masks, unreliable virus tests, and unproven and risky vaccines. We ought to take a look at what’s happening in our neighbor to the north, as Action4Canada activist Tanya Gaw tells me that people are waking up. She has hired a first-rate lawyer to overturn the restrictions on human rights countenanced by Prime Minister Justin Trudeau, who just recently admitted what Biden has not – that all of this hysteria is designed to usher in a “Great Reset” into global socialism.

Gaw says she knows of no one who has died of Covid-19 but is aware of several suicides and many overdose deaths linked to the lockdowns and social isolation.

Need for a speech to the nation

To avoid this fate for America, Trump must remain in power. And there’s a way to do this because, as Trump maintains—with evidence—the election was stolen from him, and his campaign and supporters were illegally and unconstitutionally silenced by Big Tech.

The Trump Campaign news conference on Thursday on election fraud, featuring Rudy Giuliani and Sidney Powell, was a good start. Powell hinted at a role in the fraud played by U.S. intelligence agencies.

Some are saying that the president has to eventually do what President Dwight Eisenhower did when he explained to the America people what’s happening behind the scenes with the military industrial complex. These Trump supporters say that Trump must explain in detail the Deep State conspiracy to destroy his presidency and steal the elections. They say he must immediately declassify all evidence of malfeasance.

We are in what may seem like uncharted territory. But in another episode of my television show, geopolitical analyst Jeff Nyquist considered the possibility of two different presidents, with Trump remaining in the White House and Biden taking the “oath of office” somewhere else, perhaps Sacramento, California. All of this could lead, as incredible as it sounds, to the blue states on the West Coast becoming a base of support for “President Biden.” Most of the rest of the country would stand with Trump.

Nyquist’s recent column, “Two Presidents, Two Narratives,” looks back at the time when we in effect had two presidents. Jefferson Davis was inaugurated in the south and Abraham Lincoln followed suit in the north. Lincoln didn’t think the southern states would ever leave the union. Of course, that led to a bloody civil war, costing 500,000 lives.

Trump has to recognize that staying in power is the only peaceful way to avoid having Biden impose his agenda of death and destruction on the nation as a whole.

Today, Nyquist writes, the United States “is now divided into two camps, governed by diametrically opposing principles. The differences are now so striking, so profound, that it is inconceivable they will long tolerate one another. The violence of last summer is but a foretaste of what we should expect.”

We can expect such violence if Biden doesn’t manage to seize power through fraudulent elections. But fear of the aftermath if Trump stays in the White House is no reason for Trump to vacate the presidency. In the face of the threat from Antifa, Black Lives Matter, and other communist groups, Trump needs to stay in power and keep the country together, in the name of national sovereignty. He is wise to purge his administration of traitors and disloyal bureaucrats.

At the same time, as we get ready to celebrate Thanksgiving, Biden is telling people that, “if in fact we’re going to have Thanksgiving with anyone,” it should be limited to five or 10 people, who should be socially distanced and wearing masks. That’s for us commoners. He’ll probably have a mask-free dinner, just like the other hypocritical liberal politicians who preach one thing and practice another.

This advice will only further depress people already suffering during the China virus lockdowns. The holidays, rather than being a happy time, are traditionally a depressing period for people cut off from their loved ones. In fact, a new book, Surviving the Holidays While Grieving, examines this topic.

With good reason, Senate Republicans refused to endorse House Speaker Nancy Pelosi’s so-called Covoid-19 “relief” bill that mainly compensated bankrupt blue states and the marijuana industry. (It had 68 references to the marijuana industry.) Pelosi didn’t want to compromise. As a result, we can expect more depression, suicides, and deaths from those being isolated.

Jobs are now being lost and reports indicate that 23 million Americans didn’t have enough to eat last week. Trump has to use every executive measure he has to defeat the lockdowns being imposed by governors like Gretchen Whitmer of Michigan and keep the country open.

In this national emergency and constitutional crisis, we need a president who will resist further destruction of the economy and our lives. National survival is at stake.

*For updates, go to the contact form at www.usasurvival.org