THE CORE CONDITION OF CURRENT CIRCUMSTANCES 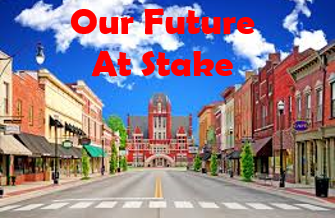 THE CORE CONDITION OF CURRENT CIRCUMSTANCES

What is occurring currently in our country is the greatest test to ever occur of the mechanism of governance created by the Declaration of Independence, the Constitution, the Bill of Rights, the various Amendments to the Constitution and the various Judicial rulings at the Supreme Courts, Federal and State levels which further amend these laws, but which have been adjudged, rightly or wrongly to be consistent with the principles of the founding documents.

In addition, the structure of the Judiciary, including how these offices are selected to be filled, the terms of service for those offices, the laws of all of the various states and the values and character of the individual holding office of Judiciary are all about to receive their most extreme test and examination under stress and use.

The strategies employed by both sides in this conflict have everything to do with this structure and the above conditions.

One side is relying on the structure of our country as being capable of resolving and exposing the current issues and events with legal process including the discovery and revelation of relevant facts and truth of circumstances and recent occurrences with the application and enforcement of laws which define the nature of such actions and the consequences of those actions.

The strategy the Patriots are following in this conflict is to rely on the above described system and essentially embraces and is placing all confidence in its functionality and ability to resolve this conflict through the process of discovery, exposure of the truth and application of laws and consequence all well known within the legal system.

This then, is the greatest test of our national system of governance and this test and the ability of that system to resolve these issues is the actual issue at hand.

The other side of this conflict, to whom I must refer as Communists, due to the fact that this is the covert and ultimate aim of the systems of tyranny which they propose, systems which historically have led most often to uncontrolled genocide, oppression, loss of rights of the individual and consolidation of the power at the top of the system in a clear fascist wedding of government, industry and finance which then controls the populace as an entity or object, a process which must necessarily deny individual rights and liberties, are engaged in a process designed to destroy the system created by the founding documents described above.

This is so is evident in the antithetical nature of the goals and values of these opposing factions.

The Communists are relying on a strategy not of reason but of emotion. Not of truth and fact, but of propaganda, and by propaganda I mean emotional evocations not founded on proven fact or reason.

The Communists control almost all methods of dispensation of information at this time and have for many years, creating in the populace a degradation of their understanding and perception of reality from having distorted the telling of truth gradually for at least 5 decades.

This gradual, incremental process has created a mass delusion regarding many issues and even more importantly, a reliance on the very sources of untruth which have created this situation as well as the creation of a dependence on others to perform their own precious acts of analysis and perception of what is true and real. In addition, they have compromised the people’s own ability to assess how they, themselves perceive reality, analyze information and think.

Independent thought is the anathema of the Communists and is their single greatest enemy which is why I have devoted myself for more than a decade to the creation of a system of thought designed to free the individual into a world of wonder, discovery and consideration through reason and most importantly, of speculation.

The Communists are relying on a strategy where they believe that their various techniques, all designed to elicit and provoke emotion through violence, destruction of norms, public control of the narrative and the persuasion of large numbers through the mind control of peer pressure, the desire for acceptance and conformity will result in a uniform agreement or what is colloquially called ‘group-think’.

Essentially the Communists rely generally on manipulating every identifiable weakness both in human character and in the structure of the Republics system of laws and governance.  This is where they do their business.  It is all destruction.  There is no creative aspect, unless one diverges into the concepts of Kali, the Hindu Goddess of destruction and creation in which there is no distinction.

So this is the nature of our conflict.

Where do you place your confidence, your allegiance?

The future will depend a tiny bit on your position and your thinking as well as the prayers and actions which stem from them.

Please note that the ‘Democrats’ are already making a list of those they will punish.  They are already talking about arresting Donald Trump and his family and putting them in prison.  If you think this will not happen, are you deluding yourself as result of the above referenced induced propaganda delusion?  History says this will happen and far, far worse.

The camps for 23 million people are real.  I have been shown them by a person with top secret security clearance. I know this as one of the few verified facts to which I am privileged.  Who is placed into those camps depends only on who is in power to be able to use them.

The military has declared that it will serve the civilian branch because they are devoted to the Constitution and this is what the Constitution requires of them.  They will not save us independently.  It is their conundrum that in order to protect the Constitution, they will allow it to be destroyed if the citizenry demands it and accomplishes this by legal means and methods.

This is not just an interesting exercise.  It is your future and the future of your children.

If you are more informed, then you understand it is also the future of the entire Western Civilization and all it has produced artistically, and intellectually.  Make no mistake that tearing down statues is minor compared to what will happen.  They will destroy all record of history so that they can control what people think it was.  You are deluded and not a student of history if you believe otherwise. The conflict at hand is about nothing less than the destruction of everything about the United States as you have known it.

This conflict is about the rebellion of the serfs of the world against the agents of those who think they have been granted the Divine Right of Kings to rule over all mankind.

Having fooled, deceived and deluded millions into believing that fighting for their own enslavement is in their best interest is the greatest travesty of reality distortion ever achieved.

Which side are you on?

You must choose and there are only two choices.

That is our condition.  Very simple.

It will matter to you, and if you choose wrongly, you will regret that choice more than any other decision you have taken ever in your life, or ever will.