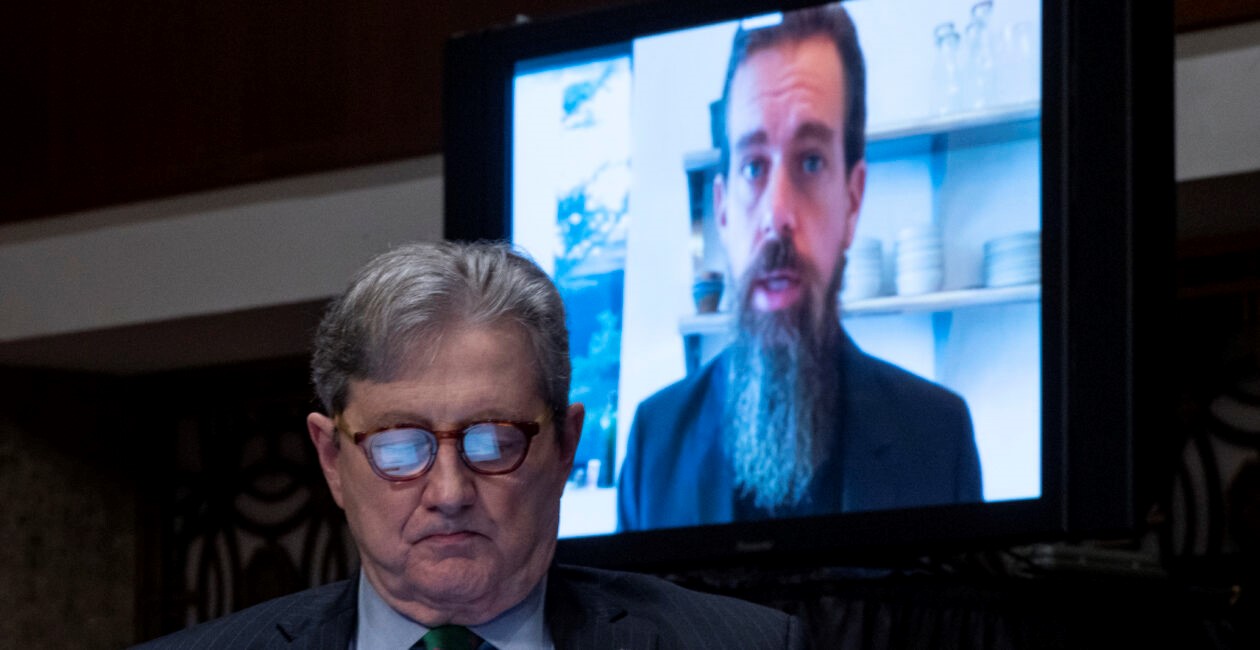 The CEOs of Twitter and Facebook returned Tuesday to Capitol Hill, this time to testify before the Senate Judiciary Committee.

While focused on Twitter’s blocking of a New York Post story about the Biden family’s business dealings overseas and the social media giants’ immunity from lawsuit under the Communications Decency Act, the hearing veered into other topics as well.

The testimony came less than a month after the two executives testified before the Senate Commerce Committee.

Here are four major issues that emerged during the hearing as Facebook’s Mark Zuckerberg and Twitter’s Jack Dorsey took questions from senators.

Sen. Josh Hawley, R-Mo., one of the staunchest critics of the social media companies, said that a Facebook whistleblower had contacted his office about an internal platform called Tasks.

As an exhibit, Hawley showed a Tasks screenshot that seemed to show communication among Facebook employees and those of other tech giants.

“So, as I understand it, Facebook censorship teams communicate with their counterparts at Twitter and Google and then enter those companies’ suggestions for censorship onto the Tasks platform so that Facebook can then follow up with them and effectively coordinate their censorship efforts,” Hawley said. “Let me ask you directly under oath, now: Does Facebook coordinate its content moderation policies or efforts in any way with Google or Twitter?”

Zuckerberg didn’t give a clear answer. The Facebook CEO first said that the companies provided warnings to each other about content regarding a terrorist attack, child exploitation imagery, or a foreign government that was creating an influence operation.

“That is distinct from the content moderation policies that we or the other companies have where once we share intelligence or signals between companies, each company makes its own assessment of the right way to address and deal with that information,” Zuckerberg said.

Pressed again by Hawley on whether the social media companies coordinated on content moderation, Zuckerberg said: “Senator, we do not coordinate our policies.”

“I would expect some level of communication probably happens,” Zuckerberg said. “That’s different from coordinating what our policies are or our responses in specific instances.”

Hawley then asked if Zuckerberg would “commit under oath” to providing all mentions of Google or Twitter from Facebook’s internal communication platform known as Tasks.

Zuckerberg was reluctant to commit to anything.

“Respectfully, without having looked into this, I’m not aware of any sensitivity that exists around that, so I don’t think it would be wise for me to commit to that right now,” Zuckerberg said.

Zuckerberg responded: “I would be happy to follow up with you or your team to discuss further how we might move forward on that.”

Hawley noted that earlier in the hearing, two Senate colleagues asked about lists of individuals, websites, and entities that have been subject to content moderation.

“You have expressed doubt about whether such information exists. But you’ve also said now that the Tasks platform exists and that it is searchable,” Hawley said. “So, will you commit to providing the information you have logged on the Tasks website about content moderation that your company has undertaken, yes or no?”

Zuckerberg replied: “I think it would be better to follow up once I’ve had a chance to discuss with my team what the sensitivity around that would be.”

In a matter that is likely to come before Congress again, Hawley said, “So you won’t commit to doing it here.”

“We could have subpoena this information,” the Missouri Republican continued. “Let everybody take note that Mr. Zuckerberg has repeatedly refused to provide information that he knows that he has, and now acknowledges that Tasks has under oath.”

Hawley called the tech bosses the “robber barons” of the modern day.

Early in the hearing, Twitter’s Dorsey jumped into the controversy over Twitter’s blocking of the New York Post’s reporting on the contents of a laptop belonging to former Vice President Joe Biden’s son Hunter Biden.

Dorsey said Twitter established a policy in 2018 to prevent posting hacked material. However, after an internal review, Twitter realized the information was not hacked and that it was a mistake to block the news story, he said.

“Upon further consideration, we admitted this decision was wrong and corrected it within 24 hours,” Dorsey said, claiming that the Post refused to repost its story on Twitter unless Twitter corrected its error.

“We did not have a practice around correcting retroactive enforcement actions,” Dorsey said.

Without equivocation, Dorsey asserted: “No, we are not. We distribute information.”

Cruz: “So what is a publisher?”

Dorsey: “An entity that is publishing under editorial guidelines and decisions.”

Cruz referred to Section 230 of the Communications Decency Act, which allows digital platforms such as Twitter to avoid being sued for comments expressed by third-party users, saying:

Your answer happens to be contrary to the text of federal statute, particularly Section 230, which defines an information content provider as any person or entity that is responsible in whole or in part for the creation or development of information provided through the internet or any other interactive computer service.

“No,” Dorsey answered, and said company officials believed they were following the guidelines.

“If there is a violation [of company policy], we take enforcement action and people choose to commit to those policies and to those terms of service,” he said.

“Except your policies are applied in a partisan and selective matter,” Cruz responded. “You claimed it was hacked materials, and yet you didn’t block the distribution of The New York Times story that alleged to talk about the president’s tax returns even though a federal statute makes it a crime to distribute someone’s tax returns without their consent.”

Dorsey replied: “In The New York Times case, we interpreted it as reporting about the hacked materials.”

However, Dorsey didn’t say why the New York Post story could not be seen as also reporting on what Twitter at first thought to be hacked material.

Cruz followed up by asking: “Did you block Edward Snowden when he illegally released material?”

When Dorsey replied that he didn’t know, Cruz said: “The answer is no.”

“I understand you have the star chamber power,” the Texas Republican added.  “Your position is, ‘Once we silence you, we can choose to allow you to speak.’ But you are engaged in a publishing decision.”

Sen. Dianne Feinstein, D-Calif., the ranking member of the committee, said Twitter must do more to prevent “harms” caused by a tweet.

Feinstein said “tweets can play a unique role in either reassuring or stirring people up to unacceptable levels.”

“That’s leading up to election, Election Day, and the phase we are in right now, the postelection,” the Twitter CEO said. “So our policies and enforcement are focused on providing more information and more context to people in those three phases.”

Feinstein said she was disturbed by a Nov. 7 tweet from Trump in which he wrote, in all capital letters, “I won this election, by a lot!”

“That’s obviously not true. President Trump lost the election,” Feinstein said. “The warning label Twitter applied to the tweet is that ‘official sources may not have called the election when this was tweeted.’ Does that warning label do enough to prevent the tweet’s harms when the tweet is still visible and not accurate?”

Trump has not conceded the election, which major media outlets on Nov. 7 projected Joe Biden to have won with more than 270 electoral votes.

Dorsey said the label provided context for the tweet without removing it.

“It is not just text below a tweet. It is a link to connect to a much larger conversation and news articles across the spectrum,” Dorsey said.

When pressed, Dorsey said the content of some tweets were blocked, or required a click-through to see.

Feinstein referred to another Trump tweet Nov. 12, in which the president claimed that 2.7 million votes for him were stolen. Twitter marked the claim “disputed.”

“Do you believe this label does enough to prevent the tweet’s harms when the tweet is still visible? It’s a highly emotional situation, but the tweet has no factual basis,” Feinstein said.

“I do believe that connecting people to the larger situation to bring them more context is the right path here,” he said.

Cruz inquired: “Why then is Twitter now putting purported warnings on voter fraud?”

Dorsey: “That link is pointing to a broader conversation with tweets from publishers and people all around the country.”

Cruz went on to lure Dorsey into responses on the subject.

Dorsey replied, “I imagine that we would label it so that people can have context.”

Cruz followed by asking: “How about this quote?: ‘Voter fraud is particularly possible when third-party organizations, candidates, and political activists are involved in handling absentee ballots.’ Would you flag that as potentially misleading?”

Dorsey: “I imagine a lot of these would have a label.”

“You’re right, you would label them because you’ve taken the political position that voter fraud doesn’t exist,” Cruz said. “I would note both of those quotes come from the [2005] Carter-Baker Commission on Federal Election Reform.”

Cruz also asked: “Are you aware, just two weeks ago in Texas, a woman was charged with 134 counts of election fraud?

Dorsey replied, “I’m not aware of that.”

If he tweeted that fact along with a copy of the indictment, Cruz asked, would it be labeled? Dorsey said he didn’t think so.

Cruz said he would test it out.

Sen. Mike Lee, R-Utah, said that what the social media bosses called mistakes seemed always to happen on one side for digital platforms such as Facebook and Twitter that claim to be nonpartisan.

“There are instances in which you are taking a very distinctively partisan approach and not a neutral one to election-related content moderation,” Lee said.

Lee noted that Twitter suspended Mark Morgan, the chief of Customs and Border Protection, for tweeting about the border wall. Facebook pulled conservatives’ ads, he said.

Dorsey said: “We evaluated his tweet. That was a mistake.”

“Maybe some of it has to do with your employees; 92.8% of Facebook employees who donated to federal candidates gave to Democrats,” Lee said, adding:

At Twitter, it’s even more stark than that, as if it could get more stark—99.3% of Twitter employees who gave to federal candidates gave to Democrats.

These mistakes, they may be mistakes but they are mistakes that rhyme. They may not repeat themselves, but they rhyme. The consistent theme [of censorship] happens to be Republicans, conservatives, and pro-life activists.

Blumenthal asked: “How many times is Steve Bannon allowed to call for the murder of government officials before Facebook suspends his account?”

Zuckerberg responded: “The content in question did violate our policies and we took it down.”

“Having a content violation does not automatically mean your account gets taken down and the number of strikes varies depending on the type of offense,” he said.

Zuckerberg responded: “Senator, no, that’s not what our policies suggest we should do in this case.” 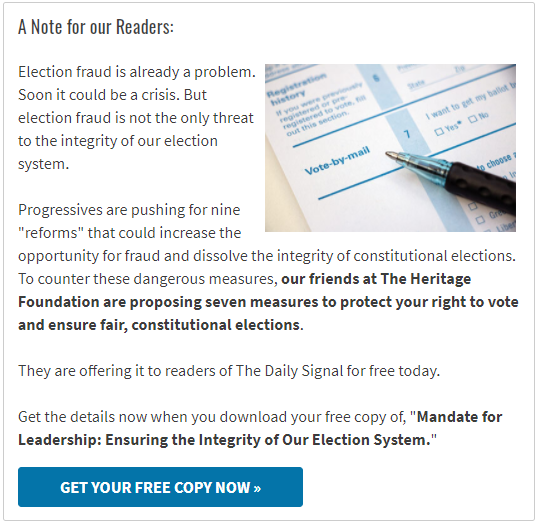 Fred Lucas is chief national affairs correspondent for The Daily Signal and co-host of “The Right Side of History” podcast. Lucas is also the author of “Abuse of Power: Inside The Three-Year Campaign to Impeach Donald Trump.” Send an email to Fred.