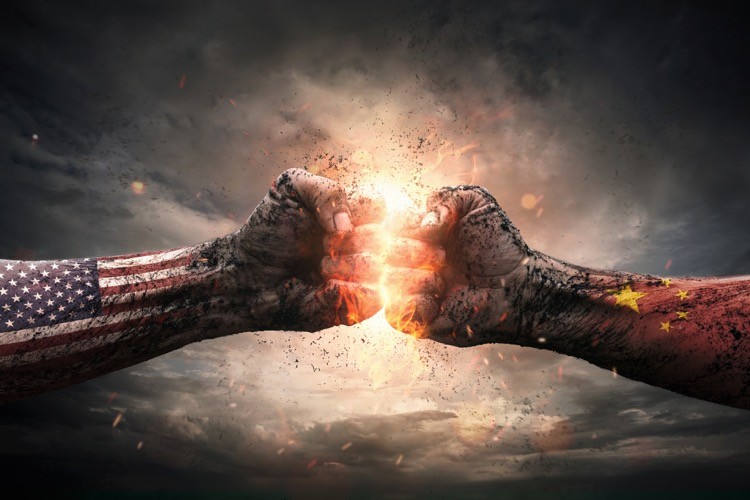 One way or another, Trump isn’t letting China off the hook.

In the final weeks of this term, President Trump will enact several hardline policies on China in what may possibly be a final blow to the communist giant if the president does not prevail in his fight to prove that voter fraud enabled the alleged victory of Joe Biden.

Axios claims to have been told by senior administration officials with direct knowledge of President Trump’s plans that he wants to make it politically untenable for a Biden administration to change direction on its China policy as Beijing acts aggressively toward India, Hong Kong, and Taiwan.

Among the measures sought by the White House are sanctions and trade restrictions on more Chinese companies, public officials, and government entities for their alleged complicity in human-rights violations in Xinjiang and Hong Kong, as well as for threatening America’s national security.

The hammer appears to already be coming down. An executive order from last week barred U.S. investment in 31 Chinese companies, and any additions would likely face a similar restriction.

Officials also reportedly plan to target China’s growing use of forced labor in the fishing industry. Beyond the human-rights concerns of such labor, forced work gives Chinese fisheries a leg up on their rivals in this important industry.

“Director Ratcliffe will continue playing a leading role, in coordination with other national security principals, in delivering a necessary mindset shift from the Cold War and post-9/11 counterterrorism eras to a focus on great power competition with an adversarial China,” DNI Senior Advisor Cliff Sims told Axios.

President Trump has taken a strong stance on China throughout his term in office, often having to face the alarmism of “trade war” skeptics in his willingness to use sanctions and tariffs to combat unfair Chinese trade practices.

Members of the administration have joined the president in warning the country about the threat communist China poses to the United States.

Attorney General Bill Barr, for instance, asserted that “The ultimate ambition of China’s rulers isn’t to trade with the United States. It is to raid the United States.” In his opinion, American companies have too often fallen in line with Chinese demands in their pursuit of short-term profits.

FBI Director Christopher Wray, meanwhile, explained that the bureau opens a new China-related counterintelligence case every 10 hours and that Chinese theft of Americans’ information, intellectual property, and more “represents one of the largest transfers of wealth in human history,” making China “the greatest long-term threat” to the United States.

It’s no wonder that the Chinese celebrate the prospect of a Joe Biden presidency. After all, Hunter Biden played a crucial role in helping at least one Chinese firm acquire an American technology company.

Last week, the Trump administration realized a shakeup at the Pentagon, replacing a handful of key Defense Department positions, including the head of the department and several other staff, with officials loyal to the president.

Between that and the reportedly upcoming actions on China, is President Trump attempting to leave one final stamp on foreign policy before he leaves the White House, or is he putting things in motion for another four years in which he will enact his America First program with even greater force?