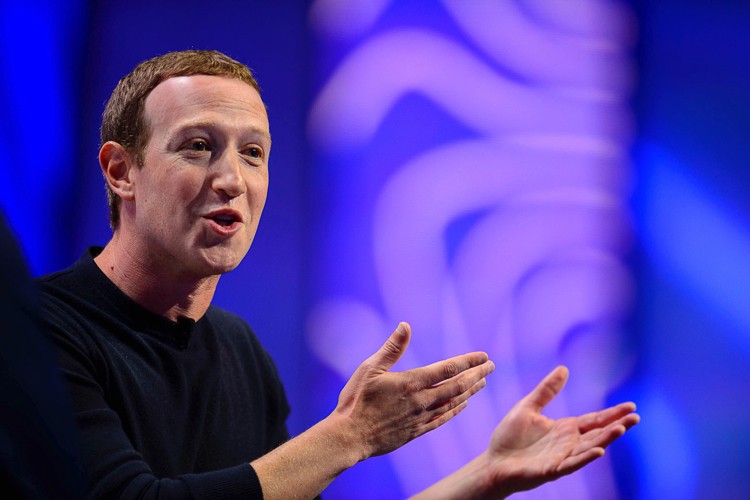 With the Trump legal team saying it has hundreds of signed affidavits from Americans who’ve witnessed voting fraud or irregularities — some of whom are reportedly afraid for their lives — it’s not surprising that shocking examples of such trespasses are coming to light. And among the more striking ones is an allegation that billionaire Facebook co-founder Mark Zuckerberg was paying election officials who controlled the vote count.

Making the charge is Phil Kline, Liberty University law professor and current director of the Amistad Project, which is a Thomas More Society initiative endeavoring to ensure that our elections are fair and transparent.

Explaining Big Tech’s motives, Kline stated in a One America News interview that the tech giants want to completely control society by determining both information flow and who our leaders will be.

Moreover, calling the November 3 contest “one of the most lawless elections that we have seen in our nation’s history,” Kline makes another shocking allegation: that Detroit Democrats, using as a pretext the claim that military ballots couldn’t be fed into the receiving machines, filled out new ballots for the servicemen without GOP poll watchers present.

In an interview on “The Tennessee Star Report with Michael Patrick Leahy,” Kline mentioned some well known election trespasses, such as big-city Democrat officials “closing the door and boarding up windows, preventing people from watching the count,” as he put it.

“So we have admitted illegalities at the start,” he told host Leahy. “They’re not allowing people in the room. But the law says [they] must be in the room for the count…. [T]he count is something that America is enabled to watch by law.”

Addressing Zuckerberg’s interference, Kline said that we’ve seen the “unprecedented”: “private corporate monies paying election officials who are controlling the count…. There’s a billionaire in the counting room and they’re not opening the door.”

“And it’s the same billionaire that is censoring conservative speech on their platform,” the professor added moments later.

Mentioning how only Democrats were allowed in many counting rooms, Kline also stated that in Fulton County, Georgia, there were “ballots coming in the day after the election early in the morning.” The officials had “said we’re done for the night; go home,” he further stated. “But there’s now a whistleblower that says they continued to count once everybody left” — under the cover of darkness.

How big? Host Leahy mentioned that Zuckerberg and his wife, Priscilla Chan, contributed $350 million this year to Chicago-based group the “Center for Tech and Civic Life” — and that while this group claims to be non-partisan, it’s actually a Democrat-oriented get-out-the-vote effort (full interview below).

As an example of its handiwork, Kline asserted in the aforementioned OAN interview that Zuckerberg’s charity poured $10 million into Philadelphia and told officials that they’d be denied the money unless they established 800 polling places, even though there were only 190 during the primaries. The billionaire’s charity then “ordered them to harvest ballots, and then they deputized activists to go find ballots in the community,” stated Kline.

Illustrating the incongruity this bred, Kline reported that this resulted in there being one “Zucker-box” (ballot drop box) every four square miles in primarily Democrat Delaware County, Pennsylvania; in contrast, Republican-dominated areas had only one box for every 1,100 square miles, according to the professor (video below).

So what’s the endgame? If you want “control of a culture, you need two choke points,” Kline explained. “You want to control the flow of information, which is the lifeblood of a [republic]” — ergo, Big Tech censorship. “… And next, you control the way in which they [people] select their leaders.”

All told, Kline claims that Zuckerberg spent $400 million on the election, which “matched the federal government appropriation,” he said. “We’ve got a shadow government with Mr. Zuckerberg.”

Yet while de facto, Big Tech oligarchs have outsized influence, the people keeping them safe might have had their influence negated. As Kline also explained, Michigan bigwigs claim that in Detroit, a Democrat official “can appoint three Democrats to take military ballots and say, ‘You know, these ballots can’t be fed by the machine, so we’re gonna’ fill out the ballot for our men and women who are overseas defending our country.’”

“‘We’ll do it for them,’” he continued. “‘We’ll push these ballots aside. We’ll feed them, we’ll cast them, we’ll count them — without anybody seeing it.’”

So while tech billionaires get, in essence, innumerable votes, some of our soldiers have apparently been denied theirs. Our military personnel still get to do the bleeding and dying in the establishment’s wars, though.

Given this, is it any wonder that as far as Joe Biden’s hiring preferences go, we hear that Big Tech figures would multiply in his administration like Democrat ballots after midnight?