Antifa/BLM Biden Bros Attack Trump Supporters in DC, so much for unity 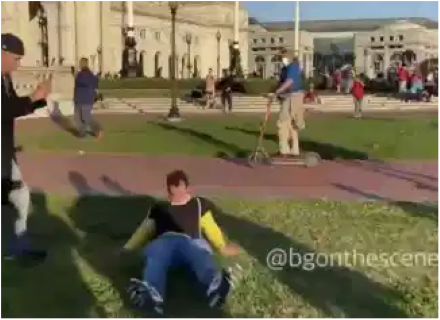 Antifa/BLM Biden Bros Attack Trump Supporters in DC, so much for unity

Antifa and Black Lives Matter are looking for Trump supporters who were somewhat isolated from the main groups. They beat them, steal their flags, set fires in the streets with their flags, and curse them out.

So much for unity.

Brendan Gutenschwager reports that a man in Black Bloc attacked one of the Trump supporters viciously.

“One of the Trump supporters was just assaulted by a man in Black Bloc at a counter-protest march. DC Police immediately came in,” independent reporter Brendan Gutenschwager wrote in a Twitter post.

A video clip shared by Gutenschwager shows a man with blood on his face trying to stand up but falling on the ground. 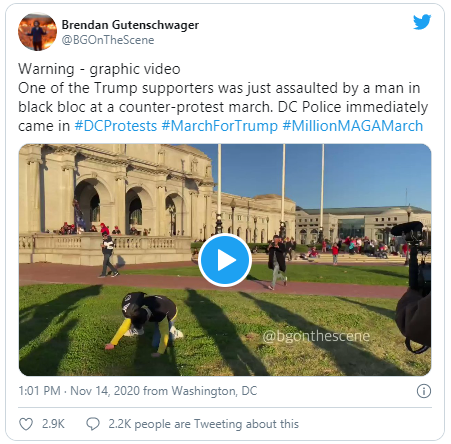 It didn’t stop there, of course.

They harassed people at dinner: 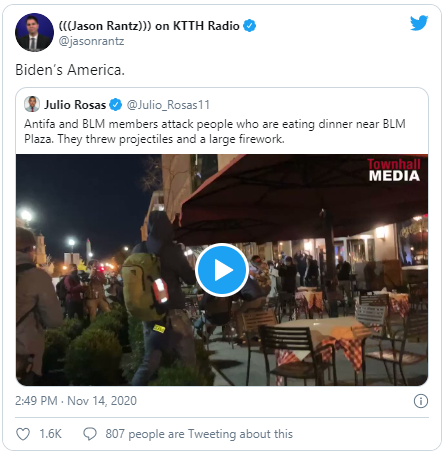 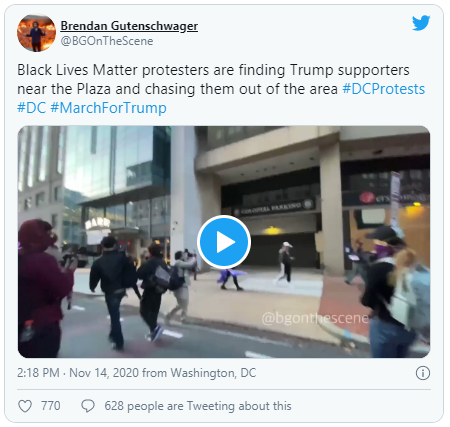 Then they attacked innocent people. But, but, they told us it would stop when Biden won: 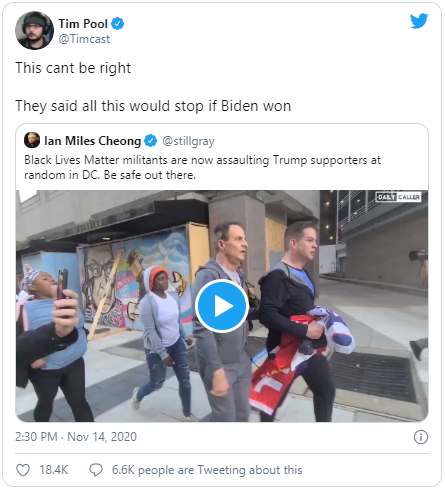 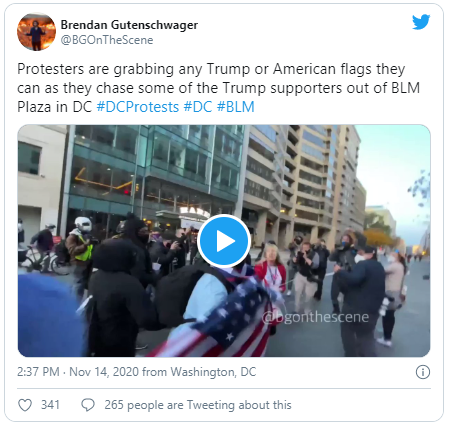 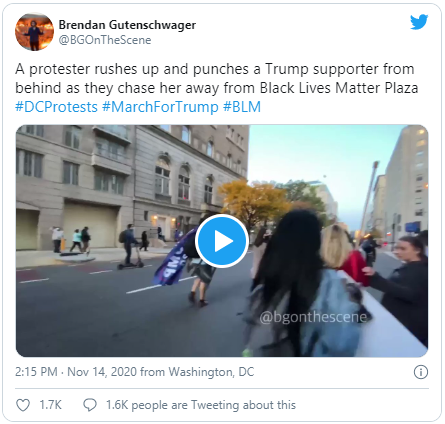 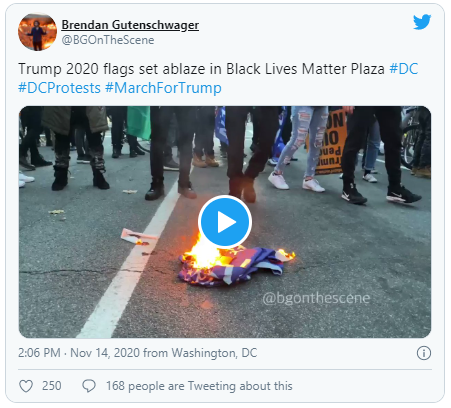 They want to ‘burn it all down.’ These are your Biden Bros. This is what America voted for. 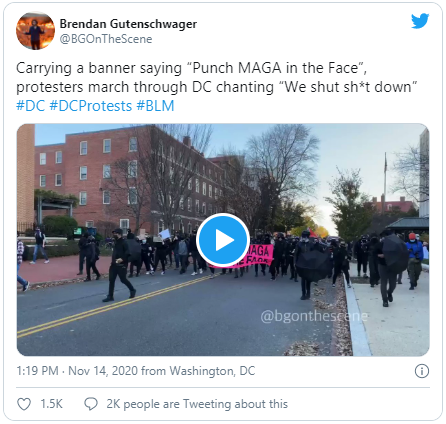 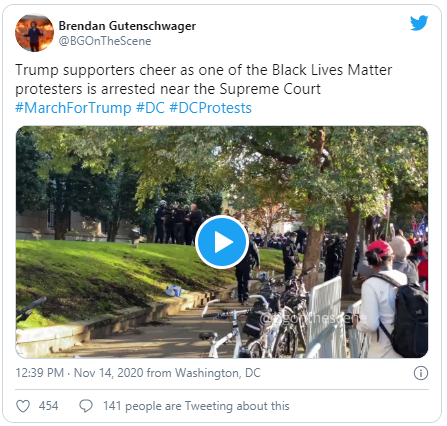