Will there be a ‘Green Wave’ for America? 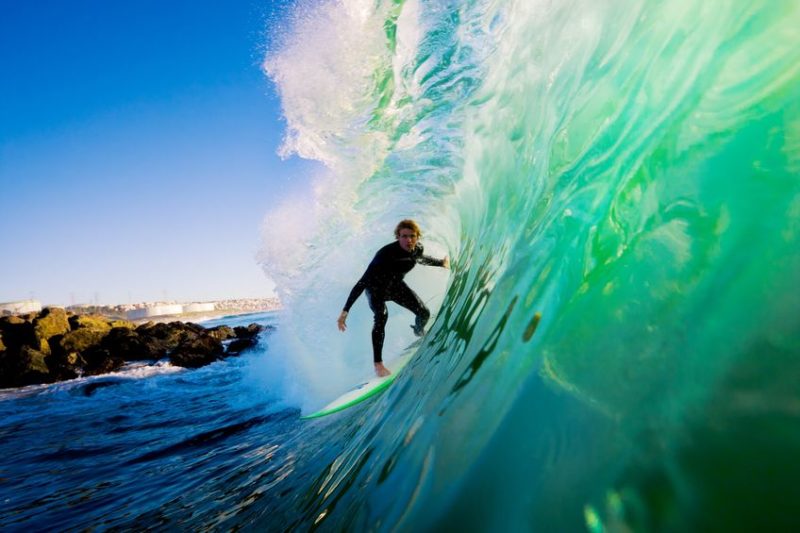 Will there be a ‘Green Wave’ for America?

The major media outlets have declared Joe Biden the President-elect of the United States and Kamala Harris the Vice President-elect. President Donald Trump has refused to concede and his campaign is litigating in court the narrow outcome in several states over mail-in ballots.

If the Biden-Harris ticket prevails, would their Green climate policies take hold? It would come if the President exhausted his options in the courts and falls short. This is how the 2000 presidential election concluded, causing Al Gore to concede to George W. Bush 37 days after election day.

Upon declaring himself President-elect, Joe Biden reaffirmed his commitment to fight “the battle to save the climate” and to re-enter the Paris Climate Accords.

A Biden administration will have a huge impact on climate policies by controlling the Environmental Protection Agency, National Oceanic and Atmospheric Administration, and the Interior Department as the leading rule-making agencies for Green policies. More than likely, gas pipeline construction will be denied permits, fossil fuel drilling on federal lands refused, carbon emission standards tightened on industry, and wetlands and logging restrictions re-imposed.

Literally dozens of environmental orders are likely forthcoming from a Biden presidency that would reverse Trump administration actions, and impose costlier, anti-competitive energy burdens on American industry, jobs and households.

The question, however, arises: why is Congresswoman Alexandria Ocasio-Cortez sounding sullen these days? She supported Joe Biden for president (after his nomination at the Democratic convention last August), and drafted his climate policies in the Unity Task Force recommendations.

The answer is that congressional elections did not go well for Democrats. As Joe Biden leads in the presidential count, the Democratic Party unexpectedly took losses in Congress. Several Democratic lawmakers, including 3rd ranking House member, James Clyburn, are publicly blaming the Party’s progressive agenda championed by AOC, Sen. Bernie Sanders and others.

AOC rejects the criticism and is on the defensive. “It’s irresponsible to pour gasoline on what [are] already very delicate tensions in the Party,” she said. She went on, “I don’t even know if I want to be in politics.”

These are not the sentiments of a jubilant, victorious politician.

While Democrats and most pollsters expected Mr. Biden to win the presidency, they also expected to take full control of Congress: first, by expanding their majority in the House of Representatives; second, by taking majority control of the U.S. Senate where Republicans had twice the number of seats at stake and where the Democrats heavily outspent them. Neither occurred.

Instead, Democrats will dwindle to a very narrow House majority to perhaps a handful of seats above the minimum 218, as Republicans are likely to capture a dozen or more seats held by Democratic incumbents. In the Senate, Republicans have at least 50 of the 100 seats, with two Senate run-off races in Georgia to be decided in January.

Even if Biden becomes president, a bare majority in the House and likely continued minority position in the Senate will make progressive climate policies far more difficult to pass into law, if not impossible. In particular, Congress has the power of the purse. Even a modest Green New Deal labeled something else would cost trillions of new taxpayer dollars to impose carbon mandates and “create” green energy jobs. They have no mandate from the voters.

Another reason for climate policy proponents like AOC to be concerned is hydro-fracturing for natural gas, which they oppose. Joe Biden insisted during the fall campaign that he did not oppose fracking, despite taking the opposite position for more than year prior. Kamala Harris said, “Joe Biden will not ban fracking. That is a fact,” though she claimed no reversal for herself. Biden also claimed he was not for the Green New Deal, and Harris refused to mention it, even though both were on record in support.  Evidently, both understood the political risk of going big and ostentatious on climate policies.

Lastly, should Mr. Biden end up as president and re-enter the Paris Accords, the Republicans should insist it come before the Senate as a treaty, which requires two-thirds approval, pursuant to the U.S. Constitution. International deals of this magnitude on any subject are manifestly illegal for any president alone to commit the nation.  A Biden refusal to do so could trigger Senate Republicans to deny funding its implementation, if they dare.

President Trump and his administration took a balanced approach between economic and environmental issues. A Biden administration would reverse many such executive actions. However, since a predicted “Blue” Democratic wave failed to materialize, a “Green” wave, at least from Congress, is unlikely.

Peter Murphy is Senior Fellow at CFACT. He has researched and advocated for a variety of policy issues, including education reform and fiscal policy, both in the non-profit sector and in government in the administration of former New York Governor George Pataki. He previously wrote and edited The Chalkboard weblog for the NY Charter Schools Association, and has been published in numerous media outlets, including The Hill, New York Post, Washington Times and the Wall Street Journal. Twitter: @PeterMurphy26.