Once Again People Acting Together Corrected a Problem! 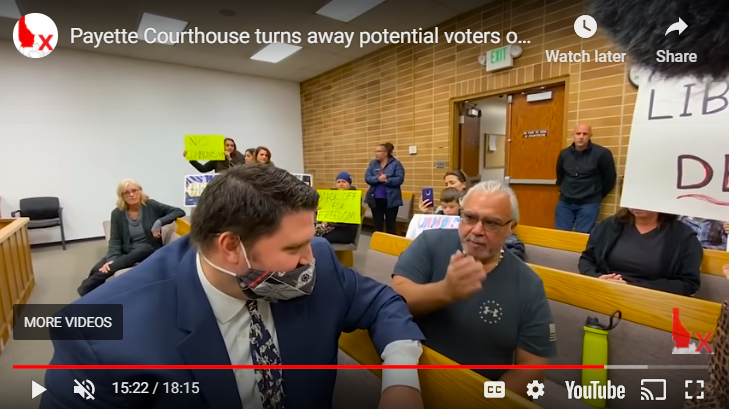 Once Again People Acting Together Corrected a Problem!

At least twice last week Payette County personnel interfered with more than one person coming into the courthouse to vote. The People’s Rights network was activated and the Idaho Area 3 Assistants began working to get the problem rectified.

On Thursday, October 29th phone calls were made to the County Clerk Lindsey Bratchem. It seems evident in the phone call recording that she recognized the Constitutional violation and promised to correct the interference. However, the next day when a man came into the courthouse to vote he was also interfered with and had to escalate the issue to a county supervisor in order to have access to the voting booth. We do not know how many more people were intimidated to not vote or were turned away.

People’s Rights network activated people who called the Sheriff’s office, a follow up call went to Lindsey Bratchem and political pressure was put on the County Commissioners. Also, a Call to Action was sent out to assemble on Monday in Payette. By Friday afternoon, the County Commissioners rescinded the mask order that was in place at the building and the Sheriff’s Office posted a deputy at the courthouse to insure that everyone was allowed access to vote.

To make certain that the message was heard loud and clear, People assembled on Monday, November 2nd at the Payette County Courthouse and peacefully acted to bring attention to the violations.

This is a video of the People’s activities on Monday: 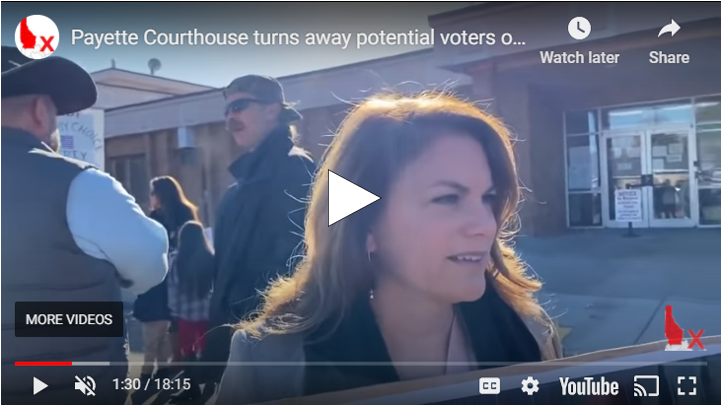 To all of you who participated in correcting the voting interference issues in Payette County, thank you!

We also thank the Payette County Sheriff’s department and the County Clerk Lindsey Bratchem along with the County Commissioners for eventually correcting the problem.

Note: It is hard to understand why a small little county courthouse, in a tight-net safe community would need to employ a full-time security team with a metal detector and other security equipment. The local People should be offended by this display of distrust from their County Officials and should put pressure on the County Commissioners to have the security station and guard(s) removed so the People can freely enter their courts/building without being intimidated or turned away (this is not to mention the waste of taxpayers’ money).

ARTICLE 1, SECTION 18. JUSTICE TO BE FREELY AND SPEEDILY ADMINISTERED. Courts of justice shall be open to every person, and a speedy remedy afforded for every injury of person, property or character, and right and justice shall be administered without sale, denial, delay, or prejudice.