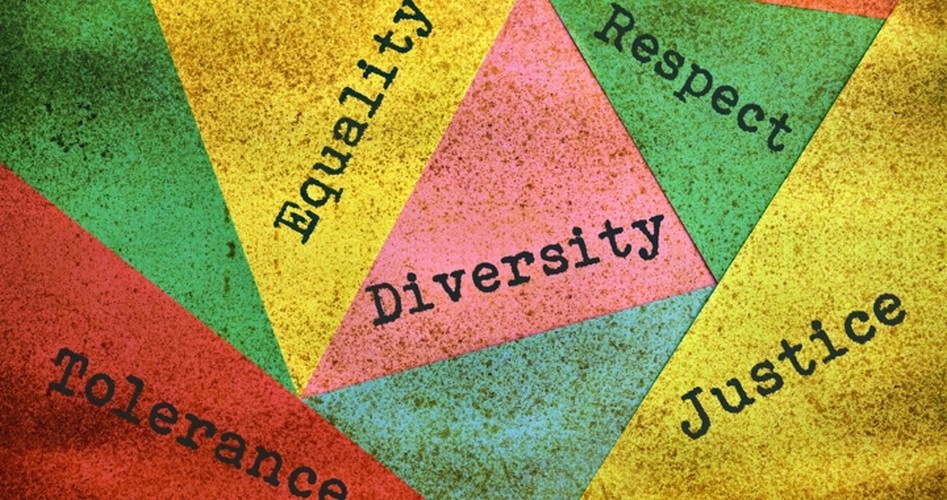 “What Is Social Justice Education Anyway?” That question forms the title of Professor Crystal Belle’s January 23 article in Education Week, which bills itself as the “American Education News Site of Record.” In her subtitle, Professor Belle declares, “We cannot talk about schools without addressing race, class, gender, ability, sexuality, and politics.”

Welcome to K-12 Social Justice Education, where kids may not learn how to read, write, or think, but after marinating for years in social justice dogma they can be dependably relied upon to act as virtue-signaling, Bernie-supporting, Marxist slogan-spouting Social Justice Warriors. Picture millions of truculent David Hoggs. You know, the belligerent, sanctimonious teen who parlayed his survivor status from the Parkland school shooting to stardom as the Fake News media’s favorite anti-gun activist. But, as the experience of the past three years has shown, the “activism” of these indoctrinated children and youth goes beyond being mouthy, bratty, self-righteous “snowflakes,” who melt into emotive puddles of angst and fear over the “oppression” of our patriarchal, homophobic, transphobic, capitalistic, Christian, intolerant, cisnormative culture. With the help of SJE teachers, these snowflakes can be taught to channel their fears over injustice and oppression into rage. Thus the explosion of crybullies, the activists who switch in an instant from lachrymose victims to club-wielding thugs and issuers of cyber death threats; thus more recruits for Antifa, Indivisible, and the other “Resistance” efforts that are spreading “tolerance” and “civility” by mob violence. Thus are we approaching the frightful precipice over the abyssal bloodshed of a “Cultural Revolution” (see here and here ) that not only is more and more resembling in rhetoric that of Chairman Mao’s genocidal epoch, but is, in fact, more openly adopting his totalitarian methods for enforcing Communist orthodoxy in thought.

“Many people think that social justice education is optional, something cool to do during a special professional-development session,” says Belle. (Emphasis in original.) But according to Belle, it must not be considered optional; it must be considered essential and must permeate everything our children study. The professor’s bio for the article informs us: “Crystal Belle is the director of teacher education at Rutgers University-Newark. She has worked as a teacher, activist, and professor for the past 13 years.”

“What I am describing here is social reproduction theory, developed by Karl Marx, to illustrate the ways that social inequality is passed on from one generation to the next,” says Belle. “What does this have to do with education?,” she asks. “Well,” she answers, “we must begin to look at education intersectionally. We cannot talk about schools, without addressing race, class, gender, ability, sexuality, and politics, because education is a political act. To ignore intersectionality within schools erases the very identities present in our classrooms and in our respective communities, every day.”

“As the director of a teacher-education program, one of my primary goals upon stepping into this role was building a vision that honors social justice teaching and learning practices,” Belle writes. “In one of my courses on curriculum and instruction, I implore students to look at curriculum as a primary mechanism for making the world a more equitable place.”

Yes, “making the world a more equitable place” through K-12 indoctrination in SJE dogma is all the rage. Even in math and the sciences, not just the humanities. So, it’s not unusual for education journals to publish articles such as the Education Week piece entitled, “To Enliven Lessons, Teachers Bring Social Justice Into Math Classes.” 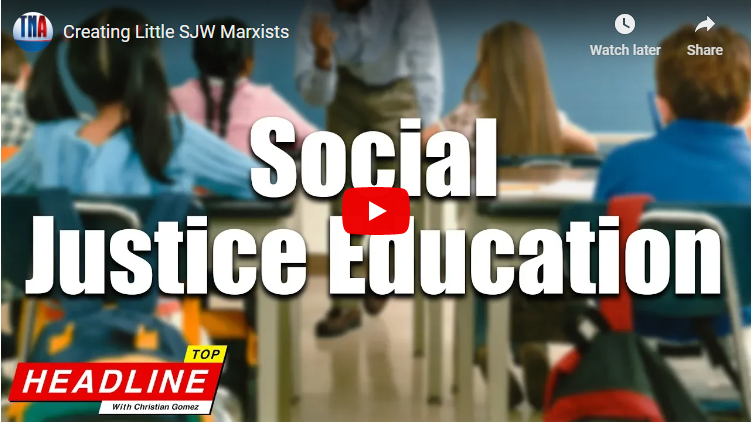 “From incorporating rap into lessons to using the ‘Hejný method,’ educators are increasingly looking for creative ways to make math more interesting to students and more applicable to ‘real-world’ situations,” the article reports. “One of the latest trends,” we are informed, “is ‘social justice math,’ a teaching style that combines math with political, economic, and social issues as an alternative way to try and involve students by relating materials to their communities and personal lives.”

Here are a few other samples in the recent literature:

“Implications of Gender and Racial Intersectionality in the K-8 Classroom”

Many of the SJE vigilantes who are now overrunning American college and university campuses were incubated in SJE classrooms utilizing programs developed by full-blown Communist terrorists. We’re not kidding — or exaggerating. One of the most influential proponents of Social Justice Education is unrepentant Weather Underground terrorist Bill Ayers, who — along with his wife Bernardine Dohrn, Michael Klonsky, Angela Davis, Tom Hayden, and hundreds of his other 1960s communist comrades — decided to carry on “the revolution” as a cosseted, privileged professor.

You can see terrorist-cum-professor Bill Ayers in the video below gushingly introduced at the University of Oregon as “our honored and influential guest,” for the presentation “Bill Ayers: Teaching And Organizing for Social Justice.” 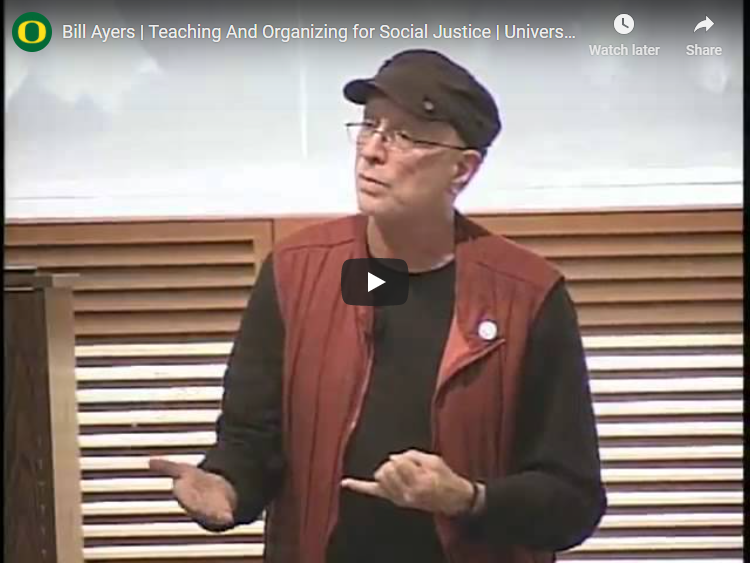 “How did this happen?” incredulous parents ask. “Where did all of this subversive nonsense come from?”

Well, it didn’t happen overnight. The SJE subversives have been at it for many decades — while America slept in blissful ignorance. Over a decade ago, we warned specifically about the Ayers-Dohrn-Klonsky cabal and the social justice education scheme in a lengthy article that showed Ayers’ close ties and working relationships with the leading lights of the SJE professoriate.

The government schools, from K-12 on through college, are becoming totally saturated with SJE indoctrination. However, even many private schools, Catholic parochial schools, and other Christian schools have become infected by it as well. Michael Rectenwald, a professor of liberal studies at New York University, presents a scorching and highly informative exposé of the phenomenon in his memoir Springtime for Snowflakes: Social Justice and Its Postmodern Parentage.

It is much easier, more sensible, and immensely safer to get your children out of these SJE-infected schools than to try to get the entrenched SJE curriculum and “social justice” teachers out of the classrooms.

California Wants to Teach Kindergartners There Are 15 Genders