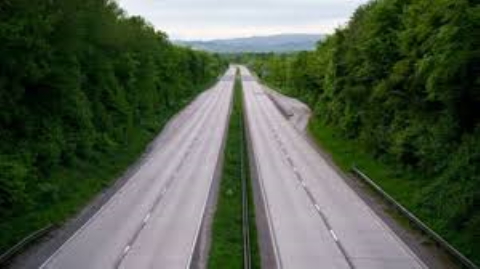 This seminal work by authors W.A. van Wijngaarden and W. Happer adds critical evidence showing that increase in the level of carbon dioxide beyond 400 parts per million concentration in the atmosphere will NOT result in a rise in temperature. Despite a lack of publicity this threshold was passed years ago.

Dr. Will Happer is former science advisor to the President and Professor Emeritus in physics from Princeton University.

Key statement: Figure 4 in the preprint was used by Dr. Happer to explain in a video that temperature controllers (called forcings) by abundant greenhouse gases are suppressed by four orders of magnitude. Accordingly no further rise in temperature will or can occur beyond a CO2 concentration value of 400 ppm. He shows all values across the energy spectrum. A comparison in the figure shows a heating value due to CO2 at 0 ppm CO2 (green line) compared to the value at a concentration a decade ago of CO2 at 400 ppm (black line) at which point saturation was reached. A further doubling of the level of CO2 from 400 ppm beyond saturation to 800 ppm (red line) produces no effect due to super-saturation achieved by CO2 at the former level of 400 ppm. Confirmation of this work by observations was made in 2009 and 2011 by Dr. Richard Lindzen, Emeritus Professor of Atmospheric Physics at MIT and co-author YS Choi (See Lindzen below). Willis Eschenbach explains that the imperceptible difference between 400 ppm and 800 ppm, the red and black lines in Figure 4 can easily be overcome by a small increase in cloud cover.(see note). Other confirming evidence by observation is also available.

All greenhouse gases are accounted for in this work, including methane in Figure 5, nitrous oxide and ozone in both figures although water vapor has an immensely larger impact on temperature by a factor of 5,000 or more because all other greenhouse gases are present in far smaller concentrations and have other limitations. Happer adds that methane is “irrelevant to climate”. The author’s preprint Figure 5 shows that the effect of any increase in methane impacts temperature to a far smaller degree also due to the saturation limit.

This is how science works. To paraphrase words of the 1965 winner of the Nobel prize in theoretical physics (quantum mechanics), professor Richard Feynman at CalTech., you make a statement, then show by calculation and evidence that the theory works, and finally by repeat observations of data that it proves true. Thus, idea moves to theory, and when confirmed by observation a new law is born. 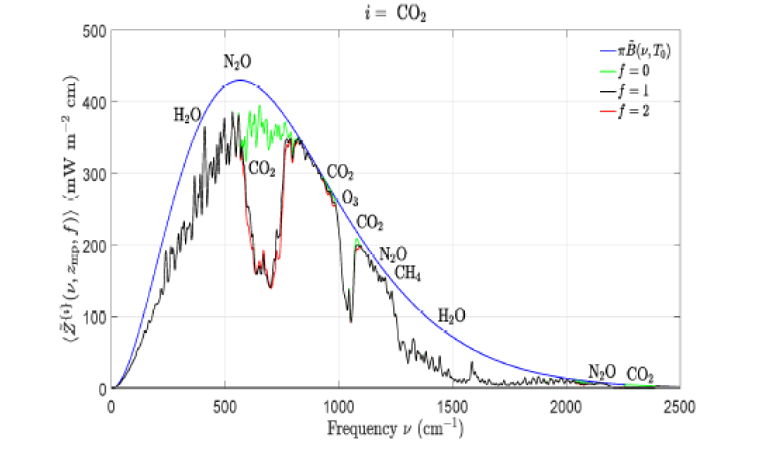 Time for correction is now: This scientific work is critically important to Washingtonians because Washington’s Clean Electricity Transformation Act created by the legislature in 2019, for fear that carbon dioxide will destroy us, followed an alternate path masqueraded at multiple levels by divining, social beliefs, self-dealing and cheating. Information to show Washington’s legislators that carbon is a cost to society, called the social cost of carbon, is found to be contrived, an accounting fiction by a special interest group, in a scheme to cook up “evidence” that never existed. Counter-arguments showing benefits of carbon dioxide of 50 to 500 times larger were deliberately ignored to determine social cost of carbon (note 6).

In short we’ve been swindled, yet presented with the bill, the new price of electricity that no one can say, said to be produced by a method unknown to the legislature, unproven, cannot be demonstrated, a feat of imagination that’s out of engineering’s reach, impossible to attain, but promises to bring only misery upon our children, grandchildren sometime in the future when those responsible will conveniently disappear.

Other contrived data are now revealed prior to the culminating social cost of carbon plot, essentially a mega-fraud to convince legislators to make the law to benefit out-of-state interests.

Washington’s 2019 Electricity Act must be cancelled as Washington’s Wizard of Oz is now uncloaked. The scheme to create the Washington Clean Electricity Act fails the scientific process that Professor Feynman describes. Other questions about the Act now arise. Is it really clean, free, without economic pain, free of health impacts, unthreatening to private property or what are costs if utility providers and state agencies must build systems without cost limits?

Cost: Reducing carbon emissions by 90% below 2010 levels rather than the 100% planned by Washington would reduce world GDP by $238 trillion, an amount 7 times larger than the GDPs of China + U.S. combined and reduce per capita annual incomes by $7,265 (note 7) without considering carbon taxes and higher electricity cost. The damage to GDP and incomes is 32 to 48 times larger than any benefits received from a cooling climate. The cost of the cap and trade bill rejected by the U.S. Senate in 2009 (but now considered as the Green New Deal) would have been $20 trillion over 30 years, with a cost to families of $20,000 or 7-1/2 times costlier than doing nothing and adapting to a changing climate (note 8).

Experience: No country in this world has achieved baby steps to zero-carbon without experiencing astronomical electricity costs; witness Germany, Ontario, Australia, The Netherlands. It’s not the electricity rate itself but the fees added to customer bills to achieve zero carbon are 5x to 8x the cost to generate electricity. In Germany the electricity has fallen to 5 cents yet the fees are 30 cents in 2017 jumping from 20 cents in 2016. In Ontario the Global Adjustment Fee super-surcharge used to cajole investors to profit from building unreliable renewable systems costs 8x more than the electricity while customers found that renewable is sporadic, occasional, not full-time (24/7) unaffordable electricity.

On the determination of climate feedbacks from ERBE data

On the observational determination of climate sensitivity and its implications

Note 6-Dayaratna, K. and Kreutzer, D. 2013. Loaded DICE: an EPA model not ready for the big game. Backgrounder No.

Dayaratna, K. and Kreutzer, D. 2014. Unfounded FUND: yet another EPA model not ready for the big game.

Backgrounder No. 2897. The Heritage Foundation

Bezdek, R.H. 2014. The Social Costs of Carbon? No, the Social Benefits of Carbon. Oakton, VA: Management