What If “The Big Guy” Actually Won? 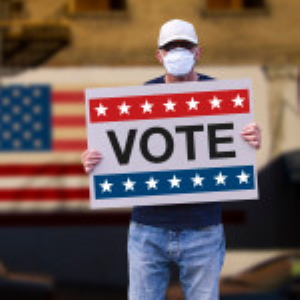 What If “The Big Guy” Actually Won?

President Trump’s unmerciful thrashing of Joe Biden in the second and final presidential debate proved yet again that The Big Guy is not a serious candidate.  He’s the grinning, Cheshire cat in Alice’s Adventures in Wonderland, but with a human body and a cognitively impaired brain.  That the media mob is still trying to pretend like he’s a genuine presidential candidate — as opposed to a cardboard cutout inserted into the fray by the anti-Bernie establishment — is not just absurd, it’s an insult to the intelligence of voters.

And yet, with Election Day just a week away, Democrats continue to pretend that Joe Biden is real.  And why not?  After all, their polling allies insist that he’s so far ahead of Trump that there’s no chance his lead can be eclipsed.

Are those polls accurate, or do they constitute just another manufactured Democratic narrative?  If one relies on his eyes and ears — and, of course, common sense — it would seem to be almost impossible for Trump to lose to Biden.  The gigantic enthusiasm gap between their supporters is more than enough reason to conclude that Trump should win in a landslide.

The most obvious place where this shows up is in crowd size.  Even in our brave new world of coronascam, Trump hops from state to state attracting thousands, while Biden stumbles and bumbles his way through teleprompter readings in front of single-digit audiences.

In addition, even though Biden has outraised Trump, the president has raised far more from small donors than Sleepy Joe, and contributions from small donors are usually a reliable measure of enthusiasm for a candidate.  Further, Trump’s lead in small donations synchs with polling data that show his supporters are far more enthusiastic about him than Democrat voters are about The Big Guy.

But what if I’m wrong?  What if the unthinkable happens and Democrats are so successful with their cheating efforts that they actually pull out a win for a senile political criminal who has not really campaigned and rarely answers questions from the media?  Would it mean the end of the United States as we know it?  Democrats would love for that to be the case, but if the backlash against Barack Obama in 2010 was any indication, it’s not likely to happen.

If Biden wins the upcoming election, and if the U.S. actually has midterm elections in 2022, it will make the 2010 shift to Republicans in the House and Senate look mild by comparison.  As you will recall, people were so horrified by Barack Obama’s attempts to fundamentally transform the United States into a communist country that they overwhelmed Democrats at the polls in the 2010 midterms and gave Republicans huge majorities in both the House and Senate.  Efforts of RINOs notwithstanding, it was enough to prevent Obama from fully implementing his leftwing agenda.

Unfortunately, Republicans learned nothing from their misguided decision to nominate a world-class putz, John McCain, to carry the GOP banner in 2008.  Amazingly, they chose yet another prissy RINO, Mitt Romney, to run against the easily beatable Barack Obama in 2012.  Obama got 5 million fewer votes than he did in 2008, but Romney was so pathetic that he still managed to find a way to lose.

Republicans, however, lucked out, because Obama’s incompetence and laziness proved to be greater than his desire to bring about the fundamental change he promised.  He did, however, do enough to succeed in scaring the hell out of people, which brought about the rise of a blue-collar billionaire who would reverse much of the damage brought about by his policies.  In other words, it is Barack Obama who made it possible for a reality-TV billionaire to become president.

I bring this up because I believe the Tea Party effect in 2010 and the rise of Donald Trump in 2015-16 are harbingers of what would happen if the Fake News Media and Democrat cheating machine managed to sneak The Big Guy into the White House.  You can bet that the reaction from populist voters — from New Hampshire to Texas, from Arizona to Pennsylvania — would be angry and swift.

It wouldn’t take long for voters to become horrified by implementation of the Green New Deal, an increase in taxes, defunding of the police, attempts to pack the Supreme Court, medical benefits for illegal aliens, a ban on fracking … and on … and on … you know the whole list by now.

It’s a 100 percent certainty that if socialist Democrats took control of the levers of power in 2021, they would destroy the economy, dramatically increase violence across America, and devastate U.S. prestige and power abroad.  All of which would guarantee a GOP sweep in 2024, provided Republicans could protect the Electoral College, block statehood for D.C. and Puerto Rico, and prevent an increase in the number of Supreme Court justices.  And, of course, provided they could overcome Democrat cheating.

The challenge for Republicans would be to do whatever is necessary to prevent, or at least stall, Democrats from completely throwing out the Constitution and destroying the most sacred foundations of American life.  In other words, focus on preventing as much damage as possible between Election Day and the 2022 midterms, at which time Republicans would almost certainly overwhelm Democrats at the ballot box.

That said, I still can’t see how a Trump loss is possible unless Democrat prowess at the art of cheating is even greater than I thought.  Even with the mainstream media trying to bury the story, the tens of thousands of emails on Hunter Biden’s laptop that are exposing the Biden Crime Family in front of the whole world would seem to be more than enough to put the final nail in The Big Guy’s coffin.  Let me make it clear, however, that I would much rather see The Big Guy in a prison cell than a brown box.