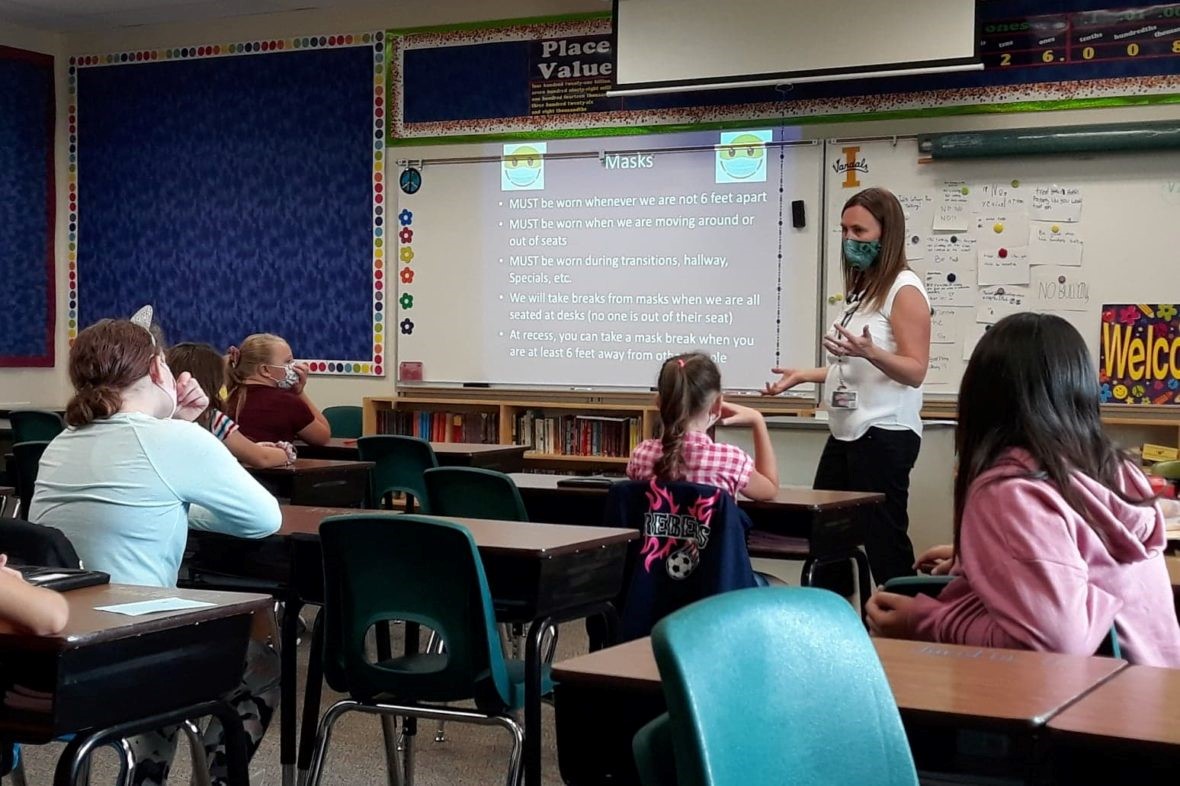 Idaho’s elementary schools have seen the heaviest drops in K-12 enrollment during COVID-19. The steepest declines are among the state’s youngest learners.

The latest statewide snapshot reveals that net enrollments are in the red from kindergarten to sixth grade compared to last year’s enrollment just before the pandemic hit.

Here’s a breakdown of the declines:

Compare these numbers with enrollments at Idaho’s secondary schools, which added students in every grade level during that same period:

Overall, the pandemic has caused a decrease in statewide enrollments for the first time since 1997.

But not all schools lost students. In addition to increases at the secondary level, virtual and online schools reported unprecedented growth as families turned to remote learning options during the pandemic.

Some 4,500 new students from across Idaho have flooded to IHLA since August, state numbers show. Nearly 4,200 of those students are in grades K-8, Sorenson said Thursday.

The tsunami of online learners, declines in average daily attendance at brick-and-mortar schools and the overall drop in statewide enrollment fuel concerns about COVID-19’s impacts on learning — especially among the state’s youngest students.

Enrollment and attendance aren’t the same. Students typically enroll in a district or charter at the start of the school year. Attendance deals with the number of students who show up on a daily basis.

“It may take years to bounce back from the impacts this is having on our kindergarteners,” Beth Oppenheimer, executive director of the Idaho Association for the Education of Young Children, told EdNews.

Kindergarten is optional in Idaho, where kids aren’t required to attend school until age 6. The state pays for half-day kindergarten so schools must choose to use supplementary funds for full-day options.

Last year, most Idaho schools offered full-day kindergarten to at least some of their students, in part through a multimillion-dollar program for at-risk readers.

It’s still unclear how many families are keeping their elementary students home or enrolling them in an online program instead of a traditional school.

Still, the overall decline in one of the nation’s fastest growing states suggests the trend of opting out altogether is widespread.

And reasons for doing so vary.

“Pulled my kids out of our local district,” Summer Ockander recently wrote on Facebook in response to news of enrollment declines in Idaho’s schools. “(I) refuse to send (them) to school wearing a mask.”

It’s also unclear how enrollment drops will impact state funding. Enrollment is a crucial part of the K-12 funding picture in Idaho this year. Earlier this summer, the State Board announced a model based on student enrollment, rather than typical average-daily attendance. The move was intended to give schools some funding consistency while kids move back and forth from in-person to online education because of the pandemic.

School districts that marked steep losses have some safeguard in the form of a state policy that says schools won’t lose more than 3 percent of their previous year’s funding if enrollment drops.

Charter schools don’t qualify for that policy. The stakes are high if their students decide to leave.

Reporter Devin Bodkin covers education issues in East Idaho. He is a former high school English teacher who specializes in stories about charter schools and educating students who live in poverty. He is a 2019 Solutions Journalism Network fellow and the Idaho Press Club’s 2019 print reporter of the year. Follow Devin on Twitter @dsbodkin. He can be reached by email at dbodkin@idahoednews.org.