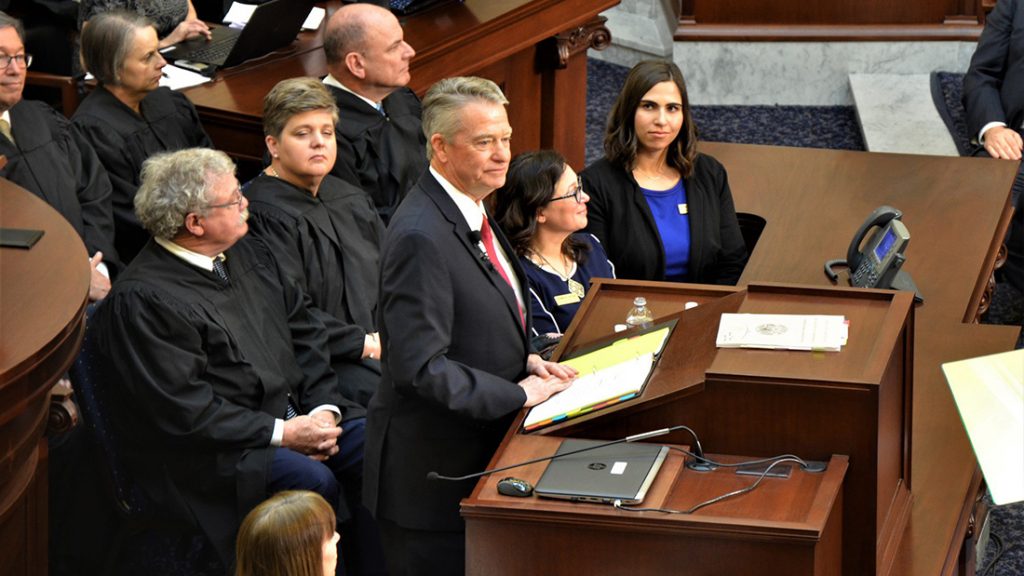 Gov. Brad Little recently announced that the state is on track to end the fiscal year with a budget surplus of more than half a billion dollars, or roughly 14 percent of the state’s general fund budget. That admission potentially added a whole new level of complexity to an already daunting prospective 2021 legislative session.

Prior to Little’s announcement, the 2021 legislative session was already primed to be complicated because of Covid-19, coronavirus-related policies, and a power struggle between executive and legislative branches. Besides those pressing issues and political struggles, the officials will have to deal with another problem: The governor and lawmakers have more money than they know what to do with, in a year when no one needs to be home in time to run for reelection.

Thus, the sooner Little and key lawmakers commit to cut taxes the better. And there’s a long line of taxes in dire need of cutting, and the priorities should be clear.

Let’s start with this: Little has been promising since before he became governor that he would eliminate the sales tax on groceries. Even before the announcement of a half-billion dollar surplus, the stars were aligning to eliminate the grocery tax — thanks to millions of dollars in unobligated taxes collected from online sales. Add to that, a budget surplus windfall. The mere existence of both realities should end any speculation about whether the state can afford to finally pull the trigger and get rid of the grocery tax. It can. It more than can, and it’s well past time.

That would still leave a big bushel of money to conquer Idaho’s cripplingly steep, work-penalizing income taxes. It’s important to remember that in Idaho, everyone earning just north of around $11,000 is in the state’s top income-tax bracket, and that near 7% tax rate is the highest in the region. The crushing Gem State income tax is an impediment to wealth creation and savings, and impacts the economic viability of all Idahoans, something every lawmaker should commit to addressing this in the months ahead.

Not surprisingly, some liberals see the budget surplus as an opportunity to commit more money to various government programs and agencies. In particular, reporters and pundits have already pressed Little to rescind budget cuts imposed on Idaho’s colleges and universities. You can bet that noise will only grow louder in the weeks and months to come. Adding to that pressure, the usual special interest groups are hoping to wrangle even more money from the Legislature to feed the state’s public school system.

That’s why it is important for We the People to set the expectations now. Our message should be loud and clear, leave no doubt and no room for imagination or interpretation: The top budget priority of the 2021 legislative session is for the governor and legislators to return the budget surplus to Idaho taxpayers.