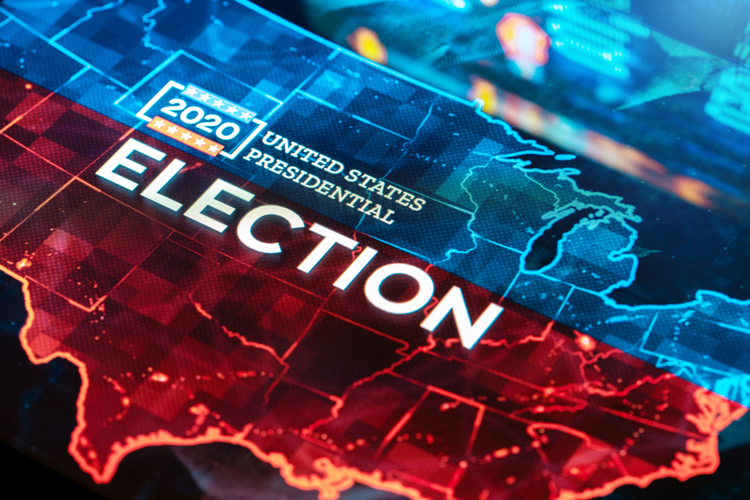 The international election monitors from the Organization for Security and Co-operation in Europe (OSCE) have arrived. But have they come to the United States merely to “observe,” as they say, or to influence and interfere in our already-overheated elections? Alexander Shlyk of Belarus, the head of the election department for the OSCE, was trained at Central European University (CEU), the Budapest-based radical center founded and funded by billionaire globalist George Soros. As we have reported, the CEU was booted out of Hungary because of its subversive activism, and Soros, who is considered persona non grata there, has been engaged in a running feud with the Hungarian government. Meanwhile, here in the United States, Soros has been showering hundreds of millions of dollars on “progressive” politicos, leftist agitators, abortion promoters, Black Lives Matter/Antifa rioters — and the political campaigns of prosecutors who refuse to prosecute the rioters (see, for instance, here, here, and here).

However, Shlyk and his Soros connection are far from being the only causes of concern regarding the monitoring contingent from the United Nations-connected outfit. According to an October 7 report by PassBlue, a pro-UN “news” organization, the first OSCE observer delegation to arrive “consists of 11 international experts and 30 long-term observers from 13 member countries.” A printout from the OSCE’s Office of Democratic Institutions and Human Rights (ODIHR) naming the 15 “Core Team Members” who are leading the election monitoring effort fails to include any biographical information about them. It shows, however, that they hail from Bulgaria, North Macedonia, Tajikistan, Kyrgyzstan, Slovakia, and other dubious exemplars of “democracy.”

Additionally, the OSCE announced on October 12 that “more than 100” observers from the OSCE Parliamentary Assembly will be joining the monitors already on the ground in the days ahead. The leader of this group is German parliamentarian Michael Georg Link, who served as minister of state for Europe in the government of Chancellor Angela Merkel. Link is also a member of the German Council on Foreign Relations, the German affiliate of the globalist Council on Foreign Relations (CFR) in New York.

“As international observers, we do not bring any pre-conceived notions to our work,” declared Link, in an OSCE press release. “We apply the same standards and methodology that we do in all countries where we observe elections, evaluating them on the basis of their adherence to a set of democratic standards that the United States and all OSCE countries have agreed to.” As we show below, the words and actions of Link and other OSCE officials belie those assurances of impartiality.

Perhaps it is mere coincidence (or not) that on October 9, only three days prior to that OSCE announcement, the U.S. Council on Foreign Relations released its latest offering by CFR Senior Fellow Bruce Hoffman entitled “Right-Wing Extremists: A Looming Threat to the U.S. Election.” And just in case that wasn’t sufficiently explicit to scare voters, Hoffman added this subtitle: “Heavily armed, right-wing groups are poised to rebel against the election if President Trump loses, an extraordinary danger to U.S. democracy.”

This is a pre-election hyped-up, amped-up version of the all-right-wing-terror-all-the-time message for which CFR “terrorism expert” Hoffman is infamous.

Consider that for the past five months the “progressive” Left — including Black Lives Matter and Antifa — have been on a relentless riot-arson-mayhem-murder spree that has torched and destroyed countless homes, businesses, jobs, hopes and dreams, statues, monuments, and neighborhoods, but the BLM-Antifa violence does not appear to be a concern to Hoffman and the CFR. It is “right-wing extremists” that are the “looming threat.”

This CFR fright-peddling is right on-message with Germany’s Angela Merkel and OSCE’s Michael Georg Link, who likewise ignore the violent rioting of Antifa in Germany and throughout Europe while hyperventilating over the supposed threat from so-called right-wingers. In 2016, Link led the large OSCE team that swarmed all over the Trump-Clinton election. Predictably, Link and the OSCE faulted the election on many grounds, including the laws in many states that strip convicted felons of their voting privilege. They were also particularly critical of the winner, Donald Trump, both in their official report and in the many interviews given by Link and other OSCE team members.

Link, for instance, in an interview with German media following the 2016 election, declared that the “American electoral system is very fragmented and in many places no longer meets international standards.” Obviously, we need international intervention, right? Then, sounding like a CNN “news” anchor, Link accused President-elect Trump of “consciously and repeatedly overstepping the bounds of hate speech.”

“That he was successful with this sets a dangerous precedent,” Link said, adding, “The international community expects the United States to provide a good example, also in this area.”

The OSCE, based in Vienna, Austria, is composed of 57 member states, including such paragons of political virtue as Albania, Armenia, Azerbaijan, Belarus, Bulgaria, Kazakhstan, Kyrgyzstan, Latvia, Moldova, Mongolia, Montenegro, Romania, Russia, Slovenia, Tajikistan, Ukraine, and Uzbekistan. All of these “former” communist dictatorships continue to have large numbers of “former” communists serving in their governments and have serious legitimacy issues surrounding their own elections. Yet, monitors representing these countries will be passing judgement on our elections and are virtually certain to be casting an anti-Trump, anti-Republican verdict.

Consider Albania, for instance, which is infamous as a hub for terrorists, drug traffickers, and sex traffickers. Albania was notorious during the Cold War as the most steel-fisted communist prison state under longtime (1941-1985) Stalinist dictator Enver Hoxha. Albania today is governed by the Albanian Socialist Party, which is simply a rebranding of Hoxha’s Communist Party. And (surprise!), Albania currently serves as chair of the OSCE Permanent Council, with Albanian Prime Minister Edi Rama of the Socialist Party seated as the formal chairperson-in-office and Albanian Ambassador Igli Hasani as the day-to-day chairman running the Permanent Council operations in Vienna.

The OSCE website tells us: “One of OSCE’s closest partners is the United Nations.” Moreover, it says, the OSCE is “a regional arrangement in the sense of Chapter VIII of the Charter of the United Nations.” This is no small admission, since it makes the OSCE, which is ostensibly a “security” organization, legally subservient to the UN Security Council.

Article 53 of Chapter VIII provides that “no enforcement action shall be taken under regional arrangements or by regional agencies without the authorization of the Security Council.” The OSCE, in other words — like NATO, SEATO, OAS, EU — is merely a glorified adjunct of the UN, so we should not be surprised by either its pro-UN agenda or its anti-American/anti-national sovereignty agenda.

The organization, which is practically unknown in this country, has been sending observer delegations to monitor and report on U.S. presidential and congressional elections since 2002 (see articles below). It undoubtedly has been chosen for this stealth function precisely because it is not widely recognized and does not stir the same visceral reaction that would accompany election officials from the UN, which wide swaths of the American public view with suspicion and hostility.

For most fair-minded people, the Albania-Belarus-Shlyk-Soros-Link-Rama-Hasani-UN connections will do little to instill confidence in the supposed bias-free integrity of the OSCE election monitors. But what about the presence of OSCE member states that have traditionally been considered our allies? Unfortunately, those “allies” provide nothing to boost that confidence level.

Most of the governments of Europe are tilted far to the left and virtually all are held hostage by the European Union. And the EU’s hard-left politicians, judges, and bureaucrats in Brussels are hell-bent on de-Christianizing Europe, flooding it with “refugees” from Islamic nations, and burying any vestiges of national sovereignty under the iron rule of the EU superstate.

The ruling classes and media of England, France, Germany, Italy, Spain, Belgium, Sweden, Denmark, etc., tend not only to be virulently anti-Trump, but anti-American as well. They tend to view the United States as a violent, racist, religiously bigoted, homophobic, misogynist, chauvinistic country with too many guns and too little support for “international cooperation.” This translates into support among the OSCE elite as support for the usual UN/EU hobby horses: “reproductive rights,” “LGBTQ rights,” “migration rights,” “hate crime legislation,” “multiculturalism,” “economic and political integration,” etc.

An OSCE report issued this year, following a May 29-June 5 visit to the United States by its ODIHR Needs Assessment Mission (NAM), reads as if it could have been cribbed from a talking-points memo from the Democrat Party. It expressed “serious concerns regarding freedom of peaceful assembly, and some regarding the use of intolerant rhetoric during the campaign, including inflammatory speech targeting minorities.”

The NAM report states that “as many as 6.1 million citizens are estimated to be disenfranchised due to a criminal conviction.” Furthermore, it notes that this “felony disenfranchisement disproportionately affects racial minorities” and that an estimated “2.2 million African Americans are disenfranchised as a result of these policies.” The report also worries over “voter intimidation” and “voter suppression,” adopting these left-wing Democrat memes that misrepresent every attempt to strengthen voter identification requirements and election security measures as thinly veiled white supremacist attacks by Republicans on racial minorities.

Predictable verdict of the “international community”

With the OSCE’s past actions serving as a prologue to the future, there is little reason to wonder what the organization’s verdict will be concerning our elections on November 3. Regardless of the official outcome, we can expect that the OSCE’s “impartial” observers will be appearing all over the U.S. and global media to echo the Biden-Harris-Pelosi-CNN-CBS-PBS-NBC-New York Times line, while posing as the voice and conscience of the “international community.”

Who sent the invitation — and why?

Considering all of the above information, two questions arise: Were the OSCE election monitors invited to come here, and who invited them? According to the OSCE: “Following an invitation to observe the general elections scheduled for 3 November 2020 in the United States of America … ODIHR is preparing to deploy a Limited Election Observation Mission (LEOM) for these elections.” As to who invited them, apparently they were invited by the U.S. Department of State, although we have not been able thus far to obtain a copy of the DOS invitation. Here’s one clue: Despite President Trump’s pledge to drain the swamp, there remain plenty of Obama-era holdovers populating Foggy Bottom. These swamp creatures would gladly welcome anti-Trump OSCE intervention in the election. Here’s another possible clue: The U.S. ambassador to the OSCE, James S. Gilmore III, is a member of the CFR, the same Deep State cabal that includes George Soros, Alexander Shlyk, George Michael Link, Bruce Hoffman, and other globalists that are attempting to pull off an electoral coup on November 3.

Who Is Bolat Bersebayev and Why Is He Monitoring Our Elections?