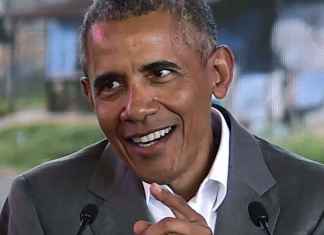 Former President Barack Obama will head for the campaign trail in lieu of the aging and frail candidate Joe Biden during the final weeks of the election.

Biden calls his limited appearances a “lid.” He doesn’t talk much with reporters and doesn’t talk to them after early morning. He is not rallying with crowds more than 1 to 20 people, although the campaign said they would allow up to 50. There doesn’t seem to be much interest by the public in attending his events or Ms. Harris’s.

Obama plans to campaign for him in key battleground areas.

“Obama intends to focus his efforts on early voting states in the final two weeks of the race, the officials tell CNN. The former President will not aggressively barnstorm swing states, but rather intends to visit a handful of critical battlegrounds where voting is underway,” the outlet noted. “His schedule has not been finalized, officials said, but states under consideration for his solo appearances include Florida, North Carolina, Wisconsin, and more.”

“The events will be socially distant — similar to the tactics adopted by the Biden campaign during the coronavirus pandemic — but are designed to garner local media coverage in key areas,” CNN notes. “President Donald Trump’s campaign has dispatched far more surrogates ahead of the election — along with the President’s rallies — and the Obama visits are designed to help Biden draw more attention in places where voting is happening.”

It will be like voting for Barack Obama again, and a return to the bad old days.