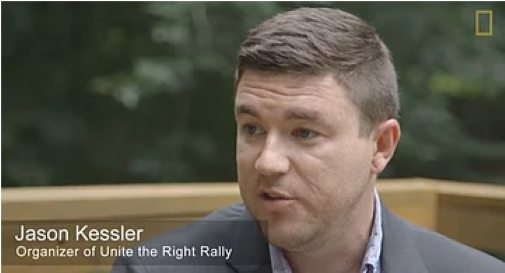 The Far Left and their establishment media allies have spent a great deal of time and energy establishing the narrative that anyone who supports the Constitution, traditional American values and conservative ideas about limited constitutional government is a “white supremacist” or “white nationalist.”

The establishment media, especially CNN, MSNBC and various other fake news purveyors have been working overtime to sell the idea that Neo-Nazis are part of the conservative movement and that the racism and hate they display is a pervasive sickness in American culture and politics.

As Dinesh D’Souza proved through his book and movie, “Death of a Nation,” the ideas propounded by such white supremacist leaders Jason Kessler and Richard Spencer are thoroughly grounded in Leftist and Socialist ideology.

As D’Souza explained in a C-SPAN interview* “What I am contesting is the meaning of that event [the Charlottesville riot]. Because, from the left’s point of view this was right wing white supremacy, and that was the whole point for Trump to condemn it. I deny that. I deny that, and I deny it, based on a close analysis of who was there and who these white supremacists are, and in this book, “Death of a Nation, I go through the list.”

“Jason Kessler, the founder, the organizer of – of Charlottesville, turns out to be an Obama activist, and an Occupy Wall Street guy.”

“Think about this. Does it make sense, someone who is an Obama voter and supporter becomes a white supremacist? That makes no sense to me. You think the media would be, like ‘Let’s check this guy out,’ but there was a Charlottesville paper that did. It looked into his background, and it turns out he has a long left-wing history. They interviewed his girlfriend, and she goes ‘he broke up with me because I am too conservative.’ This guy, Jason Kessler.”

“Now, we move on to the poster boy of white supremacy, Richard Spencer. This guy is so controversial, that when he went to speak in Florida, the governor declared a state of emergency. So, I interview him and its riveting, it’s about four minutes in the movie. And I asked him a series of questions. It’s very illuminating.”

“Does he believe all men are created equal? ‘No.’”

“I say, ‘Does he believe in individual dignity? ‘No.’”

“Where do rights come from? He says ‘Well, they don’t come from God.‘”

“He is a statist. He believes the government gives you your rights.”

“And I ask him ‘What do you think of Reagan?’. He goes ‘Terrible president‘.”

“I go ‘Who are your favorite presidents?’ He lists a bunch of Democrats.”

“And, he’s naming people like Andrew Jackson, who was the founder of the Democratic Party. The point I’m trying to make is that the white supremacists are not conservative. They are not conservative in the modern, American sense of conservative. They are unrecognizable to a normal conservative, and that’s obvious from the movie, so what I’m doing really, through a combination of history, and investigative journalism, is contesting these prevailing narratives, but I’m doing it in a responsible and civil way.”

So how did these Leftists, who identify with Germany’s National Socialist Party become identified as being part of the Right or conservative movement?

The first and most important reason is that conservatives and Neo-Nazis are battling for the hearts and minds of America’s working class – the forgotten men and women that President Trump speaks of so often.

The Left’s urban elite have absolutely no interest in pursuing or serving the interests of these Americans – they are all about identity politics and long ago decided to bank their political future on serving the interests of illegal aliens and expanding immigration from Third World populations already grounded in the anti-constitutional ideologies of Islam and Socialism.

Thus the battle is for the hearts and minds of mostly young white people who believe the Republican and Democratic parties have ignored their legitimate complaints that free trade as practiced by both political parties isn’t free at all, and that the econometric view of American jobs as just one market in a global market has pitted elite policy-makers against the best interests and quality of life of their fellow Americans.

The Neo-Nazis are fighting for the allegiance of these working-class voters by blaming the loss of their upward mobility and quality of life on racial grievance, but their solution – government oppression of minorities – isn’t conservative at all.

However, it serves the political interest of Democrats to undermine President Trump and his conservative – populist agenda by pushing this guilt by association narrative and splitting the working men and women of America along racial and ethnic lines.

If African – Americans, especially in the Rust Belt – can be convinced that Trump and his white supporters are a bunch of racists then his policies of reducing regulations, raising wages by restricting immigration, rebuilding American manufacturing, renegotiating trade deals and protecting Second Amendment liberties must, through the magic of guilt by association, also be racist.

The bottom line: it turns out once you break through the media narrative and get to the truth – it is the Democrats who are dividing Americans along racial lines through their embrace of the poisonous ideology of critical race theory and destroying the nuclear family through their embrace of similar ideas about the oppression of women by “the white male patriarchy.” And when you ask people point blank, “should there be racial preferences?” It is always the Democrats who say, YES.

*Thanks to our friends at the Gateway Pundit for their transcript of Dinesh D’Souza’s C-SPAN interview.

George Rasley is editor of ConservativeHQ.com