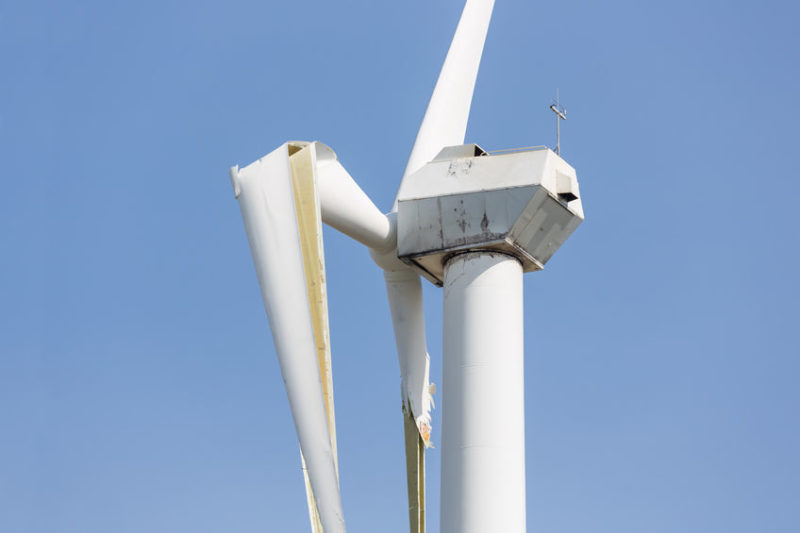 Environmentalists and wind energy opportunists (entrepreneurs who take advantage of overly generous tax credits and multiple other subsidies) want you to believe wind energy is as pure “green” as newly driven snow, and as cheap as Taco Bell.

They never tell you about the costs – or the environmental destruction – that they have hidden from you for decades. But neither do most governments, news media or social media.

Ars Technica science editor John Timmer says wind hardware prices are dropping, even as new turbine designs are increasing the typical power generated by each turbine. Timmer did admit that “wind is even cheaper at the moment because of a tax credit given to renewable energy generation” [emphasis added]. He cautioned that phasing out the many existing incentives could surely create uncertainties regarding wind’s future cost and dominance. But that’s about it.

This is despite the fact that the DOE’s own data show wind’s “capacity factor” (percent of time actually generating electricity at full capability) is only 35%, compared to 57% for natural gas plants and 92% for nuclear. In many locations, huge industrial wind facilities actually generate power well below 30% of the year. On the hottest and coldest days, it’s often close to zero. That’s why nuclear power plants actually produced 20% of U.S. electricity in 2019, despite having only 9% of the nation’s generation capacity.

In addition to being weather-dependent, intermittent and unreliable, wind turbines cover vast areas of land; affect scenic views and local wind flow, temperature and moisture; and kill bats and birds of prey, with no penalties under migratory bird or endangered species laws. They have relatively short life spans and, especially for ocean turbines, require massive amounts of raw materials compared to coal, gas, hydroelectric or nuclear plants. Their mining, processing and manufacturing also results in enormous air and water pollution, especially in faraway countries where many turbine blades are constructed prior to being shipped to America.

All this is just ignored. Similarly, you might also be surprised to learn that not a single page of that massive DOE report mentions the term “wind turbine waste.” Nor does the DOE’s Fact Sheet, “Advancing the Growth of the U.S. Wind Industry: Federal Incentives, Funding and Partnership Opportunities.” It’s as if wind turbines never die and never leave anything behind.

Typically, when turbines reach end-of-life, the project owner replaces the old turbines and blades with newer models; only a few companies have chosen total decommissioning and removal. Some states (most recently Texas and North Carolina) and some localities have their own standards. But the only federal standards (overseen by the Bureau of Land Management) are for facilities on federal lands.

But it is silent on wind turbine waste, including huge concrete and rebar foundations, and blades that are up to 107 meters (351 feet) long. So are most politicians, wind advocates and wind energy publications. In fact, turbine foundations and blades are generally not recyclable, economically or otherwise.

The volume of wind turbine waste is projected to soar in years to come, with mining and manufacturing waste, service waste, and end-of-life waste the major sources. It is estimate there will be 43 million metric tons just of blade waste worldwide by 2050. China is projected to be responsible for generating 40% of the waste, followed by Europe (25%) and the USA (19%).

London-based Principia Scientific International calls turbine blades “a toxic amalgam of unique composites, fiberglass, epoxy, polyvinyl chloride foam, polyethylene terephthalate foam, balsa wood, and polyurethane coatings. Basically, there is just too much plastic-composite-epoxy crapola that isn’t worth recycling.” Until better methods are found, landfills are one of the few options.

In the European Union, used blades are cut up and burned in kilns or power plants. But not in the USA.

A separate tractor-trailer is needed to haul each blade to a landfill, and cutting them up requires powerful specialized equipment. With some 8,000 blades a year already being removed from service just in the United States, that’s 32,000 truckloads over the next four years; in a few years, the numbers will be five times higher.

Some wind energy companies cut the huge blades into short sections before sending them to landfills, because most landfills lack cutting tools. Today’s turbine blades are 20% longer and their towers up to 200 feet taller than most of those currently being landfilled.

Turbine disposal costs are upwards of $400,000 apiece. That means $24 billion to dispose of the 60,000 turbines currently in use in the U.S. The cost and the toll on existing landfills will rise as more, longer, heavier blades reach their end of life.

Over the next 20 years, the U.S. alone could have to dispose of 720,000 tons of waste blade material. Yet a 2018 report predicted a 15% drop in U.S. landfill capacity by 2021, with only some 15 years’ capacity remaining. We will have to permit entirely new landfills simply to handle wind turbine waste – on top of mountains of solar and battery waste.

But that is just the tip of the iceberg. The Locke Foundation cites University of Kansas studies confirming that wind farms create unsafe flying conditions. The rotational force of wind turbines can create extreme turbulence that makes flying dangerous and landing close by nearly impossible. Indeed, a Michigan county bars air ambulances from rescuing citizens living near wind farms, due to safety concerns.

Moreover, generating just today’s U.S. electricity output with wind power could warm continental USA surface temperatures by 0.24o C (0.43o F), with the warming effect strongest at night. This is only a tenth of the warming generated by solar photovoltaic systems, but not insignificant – and the larger the wind farm, the greater the localized warming.

Back in 2013, when turbines were smaller than today, Lafarge North America said it took about 750 cubic yards (2,500,000 pounds) of concrete (plus rebar) to anchor just one wind turbine; Nextera wind admitted to using over 800 metric tons of concrete per smaller turbine. (These figures do not include the significant concrete and asphalt needed to upgrade rural roads to handle heavy turbine components.)

Furthermore, manufacturing concrete is already the third largest emitter of (shudder!) carbon dioxide – after burning coal, oil and natural gas. It also requires nearly a tenth of the world’s industrial water use.

Yet, advocates would have you believe wind is cheap, clean, green, renewable, and sustainable. The Green New Deal joke would be funny, if it weren’t so economically and ecologically expensive.