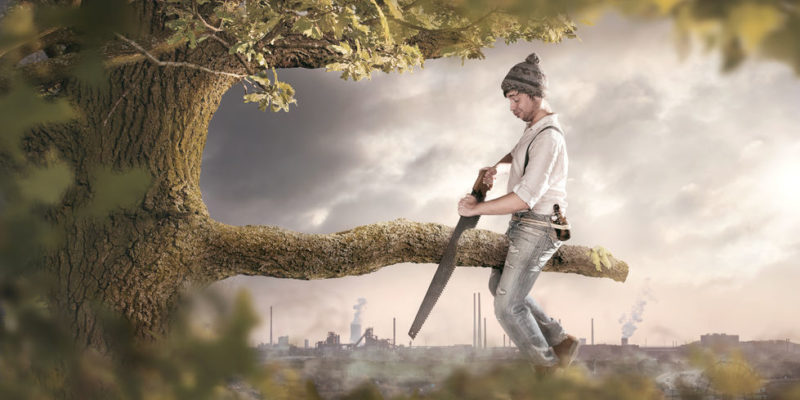 The planet is a large place, and its climate is changing, and always has, for a variety of factors far beyond our reach.  One of the major factors influencing climate change is—not surprisingly—the sun itself.

Politicians and climate activists cannot control Earth’s climate, much less its relationship to the much larger sun, including sunspot activity.  Such realities have not stopped them from promising to affect the climate – lately to the point of grotesque absurdity.

Politicians promise lots of things that are beyond their control, including impacting the economy, reducing poverty, creating millions of jobs, keeping us out of war, etc.  A president and Congress can influence such areas, in contrast to climate, so campaign embellishment has long become typical and accepted in America.

In June 2008, then-Senator and presidential candidate Obama won enough primaries to secure the needed delegates to win the Democratic Party’s nomination for president. His defeat of then-Sen. Hillary Clinton was a stunning upset.  During his victory speech, Sen. Obama was understandably exuberant and made a bold prediction that his triumph was “the moment when the rise of the oceans began to slow and our planet began to heal.”

Sen. Obama, of course, would go on to make history as the first black American president and serve two terms.

The ocean levels have not since receded, yet the Obamas still purchased oceanfront property. The planet still burns, at least on the American west coast and previously in Australia. Storms and hurricanes still afflict Caribbean islands and the south and east coasts of the U.S, as they have for all of recorded history.

The first disciples of Jesus Christ once personally observed, “even the winds and the sea obey Him” (Matthew 8:27). It turns out, not so for Obama. But let’s be fair, while he exhilarated many, no serious person mistook the former president for a deity, and we should cut him slack for rhetorical excess in the heat of his historic political victory over the favored Hillary.

The promises by politicians to control the climate continue, only nowadays it’s calculated and deliberate to the point of either lunacy, dishonesty, or both.

Presidential candidate, Joe Biden, who was Vice President under Mr. Obama, recently warned in a presentation that if he is not elected to implement his climate policies, the suburbs “will be blown away in super storms,” and by floods and wildfires. He provided no scientific basis for preventing such weather.  Also unmentioned was “Super Storm Sandy” in 2012, which hit hard the east coast, including the suburbs of New Jersey and Long Island during the Obama-Biden administration. Whatever.

The suburbs are where presidential elections are decided. Are suburbanites sufficiently gullible that one president versus another means fewer such weather events? I never took Obama’s rhetoric about oceans receding and planet healing seriously since he could be excused for political elation. In Biden’s case, he was making a purportedly serious policy speech chock full of bogus climate predictions.

Climate politics and threats have now entered the battle over filling the vacancy on the U.S. Supreme Court with the passing of Justice Ruth Bader Ginsburg. Earlier this week, Sen. Chuck Schumer said “a court with a kind of nominee President Trump will choose will…not make global warming less likely but more likely and it will come quicker.”

Who knew it was Earth in the balance (to coin a phrase) with the next Supreme Court justice!

Presumably, Sen. Schumer was referencing court decisions on the extent to which the U.S. Environmental Protection Agency could regulate carbon emissions. In a narrowly decided 2007 case, Massachusetts v. EPA, the Court found the agency can regulate carbon emissions as a “pollutant” under the 1970 Clean Air Act. However, a subsequent case in 2014 limited the EPA’s regulatory power over carbon in certain instances.

The Supreme Court of the United States has become a powerful body, way beyond what was envisioned in the Constitution that established a democratic republic. But not even the Court’s powers in the 21st century have reached the point controlling Earth’s climate, yet some politicians would have us believe otherwise.

These overheated climate admonitions are the tip of the (melting?) iceberg, as many politicians have long been insulting our intelligence; lately by promising to prevent extreme weather in your leafy suburb.  Rather than take seriously such political drivel, which many do, including in the prostrated news media, Americans should weigh the implications of climate policies in a sober and realistic way.