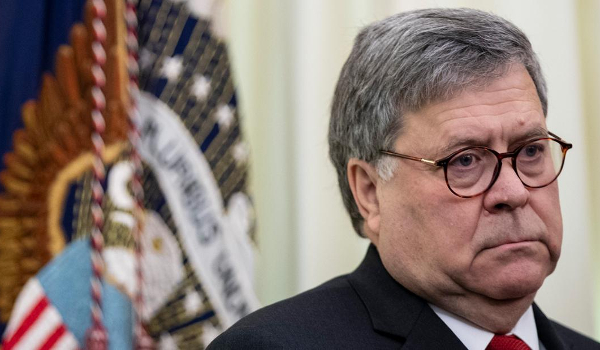 Attorney General William Barr is getting prepared for what could turn into a post election apocalypse. Liberals are setting the stage for invalidating the election results by claiming that Donald Trump would refuse to leave the White House if he loses. That’s “bulsh*t” Barr declares. Joe Biden is a lot more likely to be the one who won’t accept the outcome. That’s why Hillary ordered him not to concede on election night, even when he loses in a landslide. The fix is in.

An apocalypse is brewing. The globalist New World Order Deep State, funded through George Soros and his Open Societies Foundation, with the unlimited money that the Rothschild family can’t even count, already knows that President Donald Trump will be re-elected in a landslide this November. They drew a line in the sand and have decided that win, lose, or draw, they will drag him out of the White House if they have to do it by force.

Barr is seriously concerned about the “flow of Democratic-leaning mail-in votes expected to pour in through the mail system.” The way the Attorney General put it was, “someone will say the president just won Nevada. ‘Oh, wait a minute! We just discovered 100,000 ballots! Every vote will be counted!’ Yeah, but we don’t know where these freaking votes came from.” Which is exactly why we need the totally independent commission suggested by former DNI Dan Coats to insure the integrity of the election. Without someone to certify the count as accurate, we’re headed for the violent apocalypse of a modern civil war. The first skirmishes are happening already.

At his confirmation hearing, Attorney General Barr “promised independence and a patriotic duty to fix the Department of Justice.” He’s doing his best but it isn’t easy when he’s being undermined by the FBI, which supposedly reports to him. Christopher Wray just announced which side of the swamp he’s on and President Trump is expected to remove him from office at any moment now. If that’s not a neon sign indicating an impending apocalypse, nothing is. 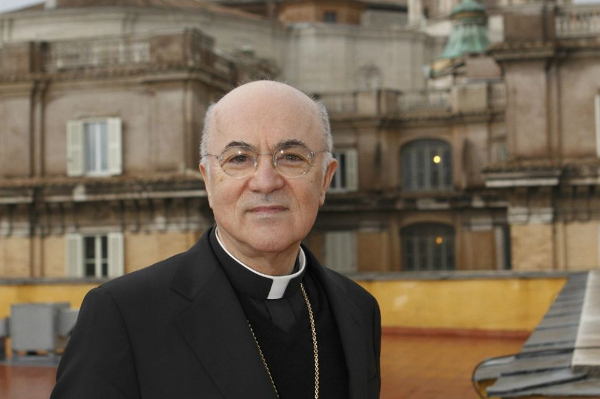 Attorney General Barr really got the liberals angry when he announced plans to charge the organizers of the riots which devolved into arson, looting, and violence with “sedition.” In plain English, that means “a conspiracy to overthrow the government.” That’s the word Trump has been reaching for every time he uses the word “treason.” To most people it’s the same thing. The only difference is that we aren’t in a declared war. We are at war though. There’s no doubt about that. Even the Vatican has weighed in on the issue. The Catholic Church backs President Trump. Not only does Archbishop Carlo Vigano see an upcoming apocalypse, he knows deep in his heart that President Trump is the world’s only hope right now to stand up to what he calls, “the children of darkness.”

“It appears that the children of darkness,” Vigano writes, “whom we may easily identify with the deep state which you wisely oppose and which is fiercely waging war against you in these days – have decided to show their cards, so to speak, by now revealing their plans.” These evil forces, he notes, “often hold strategic positions in government, in politics, in the economy and in the media.” The good on the other hand, “are held hostage by the wicked and by those who help them either out of self-interest or fearfulness.” That sounds pretty much like an apocalypse to most folks.

The mainstream news networks have been trying to haul AG Barr over the coals for the exact same things that conservatives want to hang a medal on him for. He really freaked out liberals with what he said at Hillsdale College about local prosecutors who “lack the political judgment or clout to bring some charges.” What he really called them was “headhunters seeking glory.” You don’t find this kind of madness in the private sector. “”Name one successful organization or institution where the lowest level employees’ decisions are deemed sacrosanct, there aren’t. There aren’t any letting the most junior members set the agenda.” Since nobody wants to prosecute the Antifa-related criminals, he will. He wants to charge Portland city officials, for instance, over the protests that took place in their city around a federal courthouse. If we’re headed into an apocalypse its time for everyone to prepare. Always remember that patriots only use force defensively but if the anarchists bring the battle to your doorstep, you’re free to blow them back down the driveway. 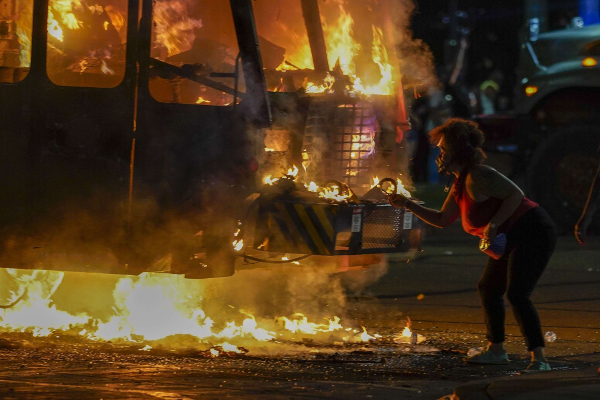