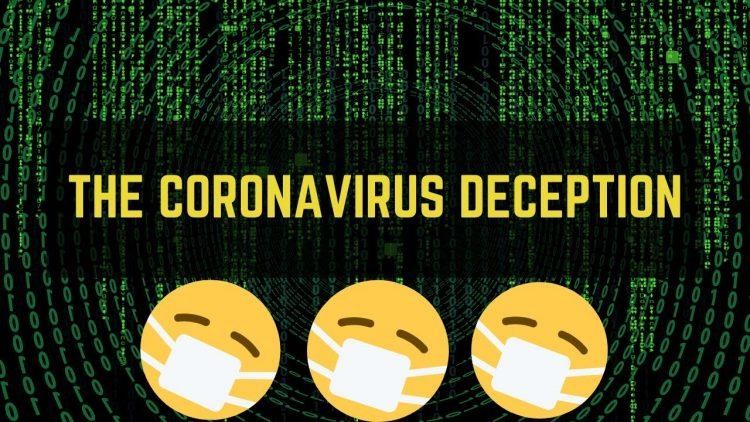 After months of quiet, Mt. Hamner rumbled to life this morning with clouds of smoke billowing from the caldera. It is likely that Mt. Hamner is beginning to erupt. And, yes, that is definitely the case. Mt. Hamner is erupting, blowing the dome off the caldera to rain fiery debris all around. Buckle up friends; it’s going to be a bumpy ride.

First of all, there is impatience with individuals who will not see truth. Let’s begin with the medical profession.  Without a shadow of a doubt, the Centers for Disease Control (CDC) and the World Health Organization (WHO) have engaged in lying. Yes, it is lying – more than just relaying falsehoods, but relaying falsehoods with malicious intent. Pointing it out earns the messenger the title of “conspiracy theorist” or liar. But, when presenting the undisputable evidence in print and video, excuses are made for these entities instead of acknowledging the facts. It is unscientific, unethical, immoral, and unjust to be pushing and developing a vaccine for a “microorganism” that has not been isolated or proven to exist. It is immoral, unethical, and unjust to use murdered unborn baby parts (cell lines) in vaccines. And, it is unscientific, unethical, immoral and unjust to falsify information to meet a political narrative when the medical community relies on accurate information to treat an individual’s health care needs. Both the CDC and the WHO have engaged in this behavior.

Here’s a test for you. Go to your physician and tell him or her that you have discovered you have diabetes. Guarantee you, your word will not be taken. Your doctor will investigate your claims, aka symptoms, perform tests and evaluate the evidence. But, when it comes to organizations like the CDC or WHO, no investigation is done – the information is taken as factual and accurate. The doctor assumes the information was released after extensive scientific, medical investigation. It hasn’t happened with COVID-19. If the CDC and the WHO proclaimed tomorrow that excessive flatulence was a symptom of COVID-19, every doctor would believe it, diagnosing everyone who had beans for dinner the night before as having COVID-19. But, tell them you have excessive flatulence because you had beans for dinner the night before and you would not be believed.

Enter the US government’s appointed “infectious disease expert” Dr. Anthony Fauci, who hasn’t practiced medicine since residency, pilfered other scientists’ HIV research to give to a friend to credit with the discovery, and who has lied to the public and Congress, spouting all sorts of “recommendations” causes medical professionals to repeat the lies to their patients. It’s the same with the CDC and the WHO. Masks don’t work to prevent transmission of any type of coronavirus – influenza and colds are coronaviruses. Remember, these are exosomes. But, don’t dare go to the doctor’s office without your face diaper on or you won’t be seen. Medical professionals know masks don’t work. They perpetuate the lie because the CDC, the WHO and “falsie” Fauci said masks work, plus these “professionals” fear being terminated for exposing the truth.

Then, there is Big Pharma with their “samples” handed out to physician offices like candy to a baby for dispensation to their patients to entice patients to request prescriptions for the newest “sweet” to hit the market. Look at Jardiance, Gardasil, and all the other medications that have attorney commercials suing for damages these “sweets” have caused. Now, Big Pharma enjoys immunity from liability courtesy of the US Congress. The medical profession can claim “we didn’t know” because their information comes from Big Pharma, the CDC and the FDA, an agency bought off by Big Pharma. It will be the “I didn’t know” defense for medical professionals who recommend and administer a deadly or maiming vaccine. Never mind, these individuals are expert researchers due to their training, read numerous medical journals monthly including The New England Journal of Medicine, and have participated in falsifying death certificates to cover their own malfeasance as well as to increase CON-VID-19 numbers at the behest of the CDC.

As someone who has worked as a professional registered nurse, this is not just whistling dixie. It has been experienced and seen. For a time, the CDC was believed until the darkness was removed, and truth was revealed. If there is any need to discuss the blatant falsification of death certificates, which the CDC instructed physicians to do during COVID-19 and physicians do anyway to cover their own malpractice, friends, you really haven’t paid attention.

So, who is being dishonest and deceitful here – the messenger or those perpetrating the “misinformation”? Better get to reading to answer that question correctly. All of this has been documented ten times over.

Second of all, the individuals who use modern day meanings to apply to words used in the past that held a different meaning until some group usurped that word is another patience-trying issue. The word “gay” means incredibly happy, jolly, jovial, and full of joy. It is now used to denote lesbianism, homosexuals, and sodomites. Fool, in the Bible, did not mean ignorant, uneducated, stupid, or mentally deficient. In the Bible, fool means morally deficient and/or deficient in character. Likewise, when referring to simple ones and simple ways, it was meaning morally deficient individuals who practiced moral deficiency. It is the same with the word “welfare”. In the time of the founding fathers, welfare meant exemption from any unusual evil or calamity. When used in the Constitution, it means that as well as enjoyment of peace and prosperity, ordinary blessings of society and civil government. It did not mean giving handouts to individuals or wellbeing as it has come to be known today.

The corruption of the meaning of words ensures that people cannot communicate effectively, engage in miscommunication, suffer through misunderstandings, and encourage discord through offense taking. It is serving its purpose.

The word “simple” has multiple meanings. Simple can mean uncomplicated, lacking in complexity, or unadorned/plain. It can also mean weak in intellect; not wise or sagacious (quick of thought; acute in discernment or penetration). One has to know and understand the context in order to ascertain the meaning of words. But, it’s easier to shoot the messenger who is repeating and understanding the words from the Bible than it is to confront one’s own misuse or misunderstanding of the context. A study Bible and Bible study can help with that. And, it’s frustrating to have to explain the meanings of words to those who should know the meanings from English and composition courses taken in high school and college. Moreover, the online Webster’s 1828 dictionary is free and anyone can search for word definitions.

Last, but certainly not least, comes the impatience with those who cannot recognize that every individual has a role to play and not all individuals have the same role. Some individuals are seed planters. These individuals provide information. This is to give others something to evaluate, think through and ask questions. Other individuals are teachers. These individuals expound on that information, answers questions, and guides others through the growth process, steering learners through pitfalls and potholes. And, some others are harvesters. Harvesters bring the mature individuals home. For those who have problems with words, this is not referring to plants. It is referring to truth, God’s word, and the law.

An army does not solely rely on frontline soldiers to do battle. Those soldiers need supplies, equipment, and tools to do their job. There are countless numbers of soldiers charged with ensuring those necessities make it to those frontline soldiers in order for them to do battle. Along with those necessities also comes information about their foe. Again, for those who have difficulty with words, this is not pointing to just physical warfare, but information and spiritual warfare as well. So, before anyone opens their mouth to declare that all someone does is talk and be contrarian, one needs to understand that not everyone is charged with the same role when combatting a foe. Some may think we are some kind of “keyboard warriors”. However, you can’t have frontline warriors armed with false information or unjust and unrighteous motives.

Right now, the American public is so dumbed down and ignorant it takes massive education and repeating information in order for some to get it. Others never will because they operate in cognitive dissonance or from being morally deficient. Others still see their transgressions as superior, needing not facts, truth, or God’s word. An uneducated and uninformed public is a dangerous entity. So are those who operate outside of God’s law.

No one is perfect. We are all sinners. And, we all need the Lord and Savior Jesus Christ. We stumble and fall, sometimes unintentionally, in the potholes in the road; but, we get up, dust ourselves off, ask for forgiveness, recognize that same pothole in the road when we see it again, although in different form, and navigate around it. We never should stop learning. But, to keep learning, we have to recognize that we cannot know everything or judge others by our own standards that we cannot even meet. Nor should we make the others the measure of our conduct.

Be careful about shooting the messenger. It’s far too easy to miss and hit one’s own foot.

Suzanne Hamner (pen name) is a registered nurse, grandmother of 4, and a political independent residing in the state of Georgia, who is trying to mobilize the Christian community in her area to stand up and speak out against tyrannical government, invasion by totalitarian political systems masquerading as religion and get back to the basics of education.