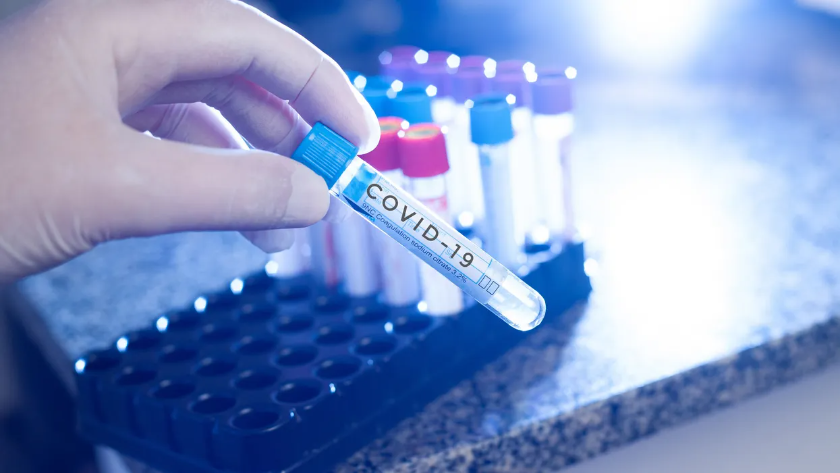 In the past, public officials often obfuscated the extent of public danger on various issues in order to prevent the citizenry from panicking. After all, what they don’t know can’t hurt them. In the Nashville mayor’s office, however, they are apparently of the opinion that the good news the public doesn’t know can’t calm the panic. Which is why they appear to have stifled good news about low COVID-19 case numbers spread in local bars and restaurants, while obfuscating the level of hospitalizations.

On Wednesday, WZTV-TV released copies of emails it obtained that show an effort on the part of the mayor’s office to cover up the news that the number of cases in bars and restaurants in Lower Broadway were remarkably low.

She was referring to the data they received for late June showing only 22 cases of the virus traced back to bars and restaurants, which have become one of the primary targets of the coronavirus restriction movement.

“My two cents. We have certainly refused to give counts per bar because those numbers are low per site,” answered one official whose name was obscured in the email.

The mayor’s office declined to confirm or deny the authenticity of these emails to WZTV, but Councilmember Steve Glover verified with the news outlet that they were real.

The obvious question is why does it seem that both politicians and media figures are immune to good news — to the point that they seek to obscure or deny any good news about the virus? Why is there always an agenda to assume the worst of the virus at any given time in terms of deaths, hospitalizations, and modes of transmission and, if all else fails, downright lie about it?

And if public officials in Nashville are so eager to stifle good news in order to keep their control policies in place, what other metrics are they distorting? And why do they set certain metrics to begin with, which are almost impossible to meet, even without a raging epidemic?

WZTV’s Stacy Case has a coronavirus investigative companion piece looking into Nashville’s hospital metrics. The city government set a benchmark that 20 percent of the roughly 4,500 city hospital beds have to be free before the city can fully reopen. She notes that while 80 percent capacity sounds like a lot, it is essentially Nashville’s typical capacity level. The city never had a problem with a surge in hospitalizations, even in July during the Sun Belt coronavirus wave. As such, there is no way for hospitals to ever meet this benchmark, because even normal capacity levels equal or exceed the new benchmark for freedom of commerce.

Using the following graphic from Nashville for Rational COVID Policy, Case explains why this metric will never be met. 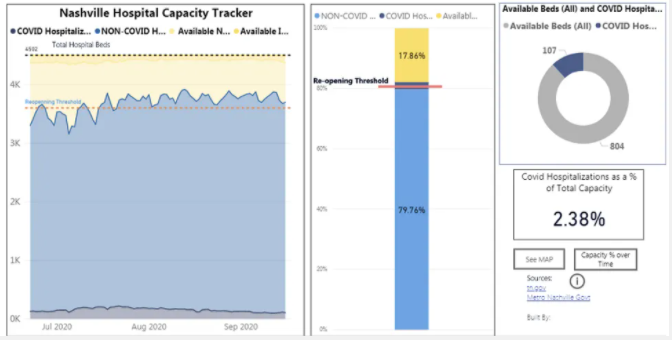 As you can see from the dark blue line at the bottom, COVID hospitalizations only consume about 107 of the 4,502 available beds. They never accounted for more than 210 beds. Given that 80% of hospital beds is about 3,600, and non-COVID hospitalizations represent anywhere from 3,500 to 3,750 or so at any given time, it’s almost impossible to ever meet this benchmark, even with zero COVID-19 hospitalizations! Even if they achieve this benchmark for a few weeks, there is no way even a mild flu season would not take them over that threshold shortly thereafter.

What is perhaps even more bizarre and revealing at the same time is Mayor Cooper’s response to WZTV’s inquiry about the outdated and misleading metric for reopening. “The hospital metric is very important because that’s really how we started all of this,” said Cooper. “What we know now with our hospital partners is they can create a lot of capacity if they have time. In the first month or two of the disease when we were really worried that the Music City Center was going to end up as one great big hospital, the capacity questions were all important.”

OK, sounds reasonable. They thought things would turn out really bad, but thankfully they never had people dying on sidewalks. So, they could revise this metric and move on with life, right?

Instead, Cooper uses the lack of hospitalization problems against his citizens. Now, they must look for new metrics, aka pretexts, to keep the city shut.

“Now, I think they do recede a little bit and that’s why it can’t be just on one metric. You’re navigating the course of the disease that, let’s be more realistic, it will be much more like a year we’ll be influenced by it.”

So now that it has become clear that the virus will not create a problem with hospitalizations, general hospitalizations are an excuse to be even more restrictive for even longer to achieve a new, undefined goal!

In other words, all good news must be used against the citizenry. Once you meet one benchmark, or in fact it turns out that the problem justifying that benchmark never existed, it is used as a ploy to move on to the next level of control. That next level is “the new normal.” It has nothing to do with hospitalizations or even coronavirus. It’s the flu or just plain old prevention of any cold or pathogen from now until the end of time. This will never end.

Are they simply grim reapers who just like spreading bad news? Well, if that is the case, perhaps they would like to raucously broadcast the drug overdose numbers in the region. Except those numbers are more the result of the reaction to the virus, not the virus itself. They don’t like discussing bad news about lockdowns and panicmongering.

For example, drug overdose deaths are up 47% this year in Davidson County, Tennessee, where there have been 354 fatal drug overdoses from March through July 25. That dwarfs the 186 coronavirus deaths over the same period of time in Nashville.

How about a public metric on the number of suicides and drug overdoses that will trigger a suspension of the shutdown and panic mongering?

In other words, if the American people were informed of the good news about the virus and a little more of the bad news and side effects of the response to the virus, they’d see a very different picture from what is broadcast on most news outlets.

National chemotherapy might be an appropriate treatment for a cancer diagnosis, but not for a flu or a cold. What is needed is an entirely new strategy and outlook on the virus and government policies. But such an approach would require transparency, hearings, legislative debates, and public votes in legislative bodies. And for an agenda that uses draconian restrictions and mandates as an end rather than a means, sunlight must be blocked at all costs.