A simplified global warming tutorial: Who are we kidding? Judy Collins was right. 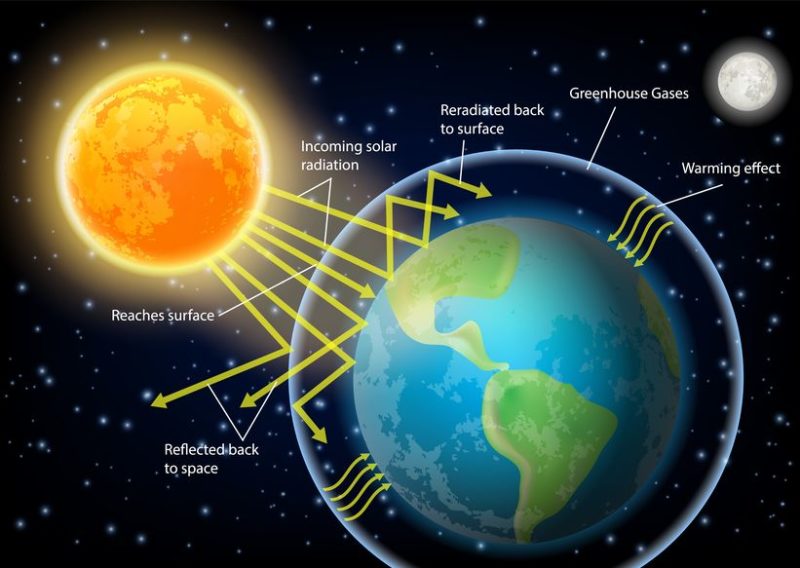 A simplified global warming tutorial: Who are we kidding? Judy Collins was right.

If climate scientists used a simpler vocabulary when explaining to the public about adding carbon dioxide and methane to the atmosphere, they would have a harder time scaring them. 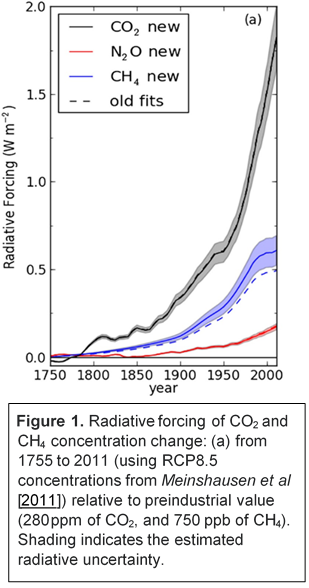 Our goal is to undermine the resulting fear by making the science of climate change simple and easy to understand, so we are going to have a simple discussion about it. And we are starting with the question; what is Radiative Forcing. Well, it is simply the difference between how much sunlight is absorbed by the Earth during the day and how much of it flows back to space at night. Radiative forcing is calculated in watts per square meter of the Earth (the same watts that measure your light bulbs intensity). Typically, both values are the same, and the Earth’s temperature is stable. Changes to this balance are what causes the temperature to rise or fall. If the changes occur over long periods, we call it climate change. Positive radiation forcing means the Earth is not sending as much energy back to space as it receives from the sun. Climate alarmists are claiming that the addition of carbon dioxide and methane into our atmosphere is causing the Earth to send less heat energy back to space at night than it gets from the sun during the daytime, hence warming. That may be true, but this change is so small it cannot be measured, so it might just as well be called ZERO, and we have nothing to fear.

CO2 and methane levels have increased a great deal from the benchmark “the pre-industrial year” 17551. Since 1755 CO2 increased from 280 PPM to about 420 PPM (+50%) and methane from about 0.75 PPM to about 1.8 PPM (+140%). From figure 1(ai), we also see that these volume increases have also increased their radiative forcing; CO2 by about 1.8 Watts/m2 and methane by about 0.6 w/m2. On a molecule, by molecule basis, methane is about 85ii times more powerful, but because there is so much more CO2 in the atmosphere, methane’s importance is greatly diminished.

The quantities of CO2 and methane we are discussing is the total of nature-made plus human-made sources. Natural sources include bio-decomposition, volcanoes, coal, the oceans, and especially gas deposits. The human-contribution is only a few percent.

In Figure 2, iii we see that both methane and CO2 are logarithmic functions, meaning as the volumes keep increasing, the incrementally added energy diminishes, eventually reaching their asymptotic limits. This declining relationship is best illustrated in Figure 3 iv in greater detail and is based on the ideal condition of a transparent atmosphere. For example, the first 100 PPM of CO2 generates 22 Watts/m2, but the next 100 PPM, going from 100 to 200 PPM, generates only 6 Watts/m2 (28-22), and going from 200 to 300 PPM generates only 2 Watts/m2. (30-28). By the time we reach about 1,000 PPM, the energy tops out at about 37-38 Watts/m2. At about 1,000 PPM, adding more CO2 essentially generates no additional measurable energy. 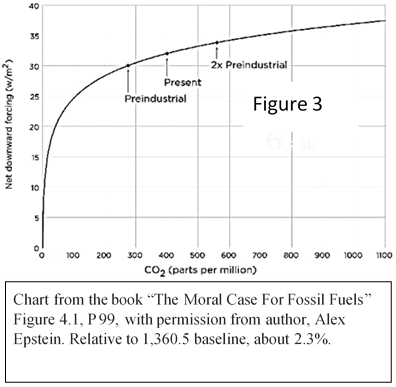 Furthering our explanation of Radiative Forcing, which we said is a measure of energy, stated in watts per square meter, we now add that it is for one second on a flat surface, w/m2. The goal is not to let human activities interfere with the natural balance of the amount of solar energy coming to Earth, how much exits, or how long the Earth holds on to it before it escapes to space. For example, water vapor, clouds, CO2, methane, and other gases, capture and hold some of this heat for a time, like a greenhouse. But especially note at this point, the greenhouse effect is essential for all life on Earth. Without it, the Earth would be 86 degrees F colder and a lifeless ice ball. Without CO2, plants cannot manufacture sugars, the first step for all food and life on Earth.

There are two benchmark ways to measure this energy; first, is the amount coming from the sun to the Earth. It is measured by an imaginary mirror “positioned” over Earth’s equator, about 500 Kilometers up and facing squarely at the sun. It usually amounts to about 1,360 w/m2. Scientists mathematically convert it to what is the Earth’s average sun energy input to be about 341 watts/m sq. About 30% of this energy is immediately reflected back to space, mostly by the clouds. The rest is absorbed and heats the Earth, then cools at night by radiating this heat/energy up, escaping towards space. But one type of radiation, called short wave Infrared, is captured by the greenhouse gases and water vapor, and clouds are holding on to it for a time. This is the heart of Radiative Forcing, how much of this small quantity of radiation energy is absorbed, and how long it’s held before finally escaping to space.

In Figure 2, from a visual comparison between CO2 and methane, it appears that methane is slightly behind CO2 on their respective saturation curves. This leads us to estimate that methane might saturate at about 0.8 to 0.9 Watts/m2 at about 2.0 PPM. So, no matter how much more CO2 and Methane we add to the atmosphere, combined, they will not increase the energy/heat by more than 0.5 Watts/m2 or representing an increase of about 0.147% from where we are today at baseline 341 Watts/m. Meaning; if the average “Global” temperature in your back yard today is 60.00 0 F, these gases will not increase the temperature by more than 0.1 to 0.20 F no matter that we double them and double them again and again. Enjoy your burgers and SUV’s; these gases are that inconsequential. 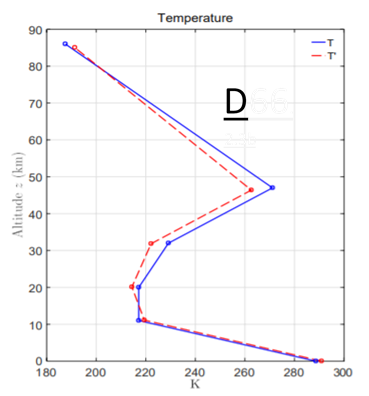 Now WHERE the methane and CO2 produce excess heat energy, and thus the temperature in the atmosphere is equally important. Figure 4 provides some interesting information. v The blue line shows where the CO2 heat is added in the atmosphere as a function of altitude. The red dashed line represents the temperature change from the doubling of the atmospheric CO2 from 420 PPM to 840 PPM. (We also use CO2 here as a proxy for methane because, with methane, the change in temperatures would not be noticeable.) This red line shows a tiny increase in atmospheric tropospheric temperature from sea level to 11-15 kilometers up. But then we note a decrease in temperatures above that. This intuitively makes sense. If we apply more of this limited amount of heat in the lower levels, there would be less to apply in the upper levels. More importantly, this incremental heat seems to stay in the lower levels and does not mix well at the higher levels until it finally starts to exit the Earth’s atmosphere and to reestablish thermal equilibrium. 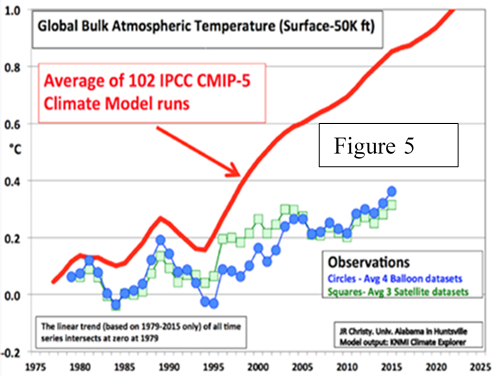 The IPCC and climate change alarmists are happy to go with this scenario since 99% of humanity and human activities occur in the troposphere. They are correct, and this is the climate change reality we care about. Even thermodynamic experts are happy that no energy has magically been created, just spread around differently. College professors are happy and fold it into their climate models, and the press and politicians are happy. Life is good. But then reality starts leaking through the media filters, with questions raised like; what is happening with water vapor and the water in the clouds while all the above temperature changes are happening and where they are happening? More importantly, why are the climate models consistently overstating temperatures compared to the unadulterated satellite and balloon recorded temperatures; Figure 5?

It’s all about clouds. It’s clouds. There is evidence that water vapor and water in the clouds account for 70% to 95% of all radiative forcing, which induces global warming. There is also ample data and evidence that higher global temperatures will cause an increase in water vapor in the atmosphere. Alarmists jump on this; A-HA, more water vapor means more radiative forcing heat, call it a positive feedback loop. They claim that the increased greenhouse gases and temperatures trigger an increase in water vapor, thereby amplifying the already increased temperature. Is it proof of the positive feedback loop, thus make global warming even worse and happening faster? 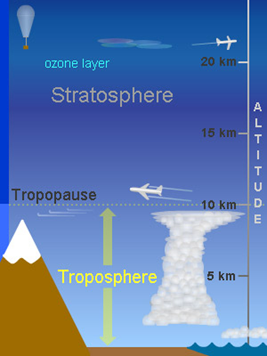 Back to basics. But where are the facts? As Dr. Happer points out in the referenced paper, it’s all about water vapors and how little scientists know about it. Dr. Richard Lindzen and Dr. Judith Curry, both former members of the UN’s IPCC team, certainly support this position. So, where are the facts and what we can infer from them? There is evidence that water vapor accounts from 70% to 95% of all radiative forcing induced global warming. There is also data and evidence that higher global temperatures will cause an increase in water vapor in the atmosphere. But, in our aerosol-rich atmosphere, more water vapor also means more, and denser, and bigger clouds, especially in the lower troposphere where most of the weather and climate occur. That means more of the sun’s energy is reflected in outer space, and less solar heat is left to warm the air, lands, and seas and less to radiate back up. Maybe the assumed 30% of the sun’s energy reflected by the air and clouds increases to 31% or 34% or some other number?

Secondly, in the atmosphere, when water vapor transitions from its gaseous state to liquid water or ice crystals, it releases significant amounts of heat, with most going directly to outer space, thereby further cooling the troposphere. Could these combined effects actually cause a net cooling of the planet? Trouble is scientists do not know how to calculate the impact of all these changes and their dynamics accurately. While the climate change alarmists are happy to credit the global energy budget with the increased radiative forcing, do they debit the global energy budget by the increased albedo and the increase in water vapor condensation cooling, and if so, how and with what accuracy? Is this why climate change models consistently overestimate global warming? 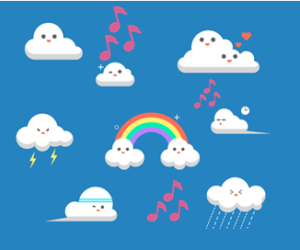 Going back to the referenced Dr. Happer article, it probably all balances out, and the laws of thermodynamics are safe, at least for now.

We do not expect layman, untrained in science, to fully understand our simplification of carbon dioxide’s role in retaining a little extra heat in our atmosphere. Our ultimate goal is to show how complex it is and how we do not even understand the system (especially the clouds) well enough to take a serious stab at it. That, however, will not ever stop climate scientists from trying or climate alarmists from trying to scare the public into allowing them to run our lives.

Portions of this article are excerpted from the 2020 book A HITCHHIKERS JOURNEY THROUGH CLIMATE CHANGE by Terigi Ciccone and Dr. Jay Lehr. The book is the best source for parents and grandparents to explain climate change reality to their children.

1 Note – The year 1755 was chosen by the IPCC as the benchmark “Pre-Industrial” reference year. But was it merely a coincidence that 1755 also generally marks the end of the Little Ice Age, the coldest period in the last 10,000-years?