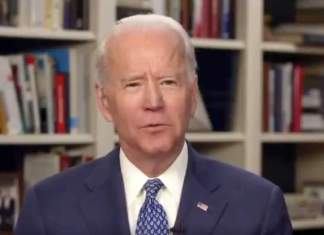 Two sheriffs were shot multiple times, including in the face, in Compton, California over the weekend as they sat in their patrol cars. The crime was in cold blood with no precipitating factors except the hatemongering towards cops from the left.

Joe Biden offered his sympathy with an irrelevant statement, “Weapons of war have no place in our communities. We need to ban assault weapons and high-capacity magazines.”

In other words, he politicized the tragic shooting. Not only that, the “weapons of war” he referenced are rifles like the AR-15, not handguns. The shooter used a handgun.

Also, AR-15s and the other rifles he doesn’t like are not weapons of war and are not used in battle. Besides, criminals can still get them if they are banned as they have in the past.

This statement had nothing to do with the attempted murder of two officers who now face life-altering injuries.

He cares NOTHING about our police officers — zero, zip, nada.