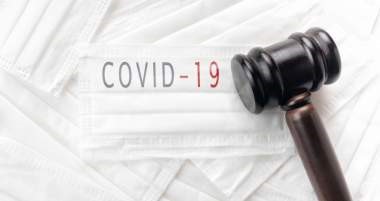 “The liberties protected by the Constitution are not fair-weather freedoms — in place when times are good but able to be cast aside in times of trouble,” Stickman wrote in his 66-page opinion.

The plaintiffs in the case include various businesses such as hair salons and drive-in theaters, and several Republican lawmakers — U.S. Representative Mike Kelly and State Representatives Marci Mustello, Tim Bonner, and Daryl Metcalfe.

The original plaintiffs also included the counties of Washington, Butler, Greene, and Fayette, but the defendants argued that the County Plaintiffs were “not proper plaintiffs,” a point with which Judge Stickman agreed before dismissing the counties as plaintiffs.

“While counties may undoubtedly litigate in many circumstances, as Defendants aptly note, well established law prohibits the County Plaintiffs from bringing claims of constitutional violations…. As such, the County Plaintiffs are not proper parties and cannot obtain relief in this case,” Stickman wrote.

Monday’s ruling marks an important victory for Pennsylvania residents, as previous rulings rejected challenges to Wolf’s orders. The Hill observes that the Pennsylvania Supreme Court had ruled in July that the state legislature could not end the coronavirus shutdown.

But Judge Stickman determined that Governor Wolf superseded his authority in his response to the public health crisis.

Judge Stickman determined that the administration’s actions were “undertaken with the good intention of addressing a public health emergency,” but added that emergencies do not grant government “unfettered” authority.

“There is no question that this country has faced, and will face, emergencies of every sort. But the solution to a national crisis can never be permitted to supersede the commitment to individual liberty that stands as the foundation of the American experiment,” Stickman wrote. “The constitution cannot accept the concept of a ‘new normal’ where the basic liberties of the people can be subordinated to open-ended emergency mitigation measures.”

Several coronavirus restrictions have been deemed unconstitutional by the ruling, including the state’s gathering limits, which Judge Stickman determined violates the First Amendment right to assembly. Pennsylvania’s stay-at-home and business closures violated the due process clause the Equal Protection clause of the Fourth Amendment, the judge ruled.

Thomas W. King, III, an attorney for the plaintiffs, told Pittsburgh’s Action News 4.”You can’t tell 13 million Pennsylvanians that they have to stay home. That’s not America. It never was. That order was horrible.”

Thomas E. Breth, another attorney for the plaintiffs, asserts that the plaintiffs are not challenging some of the other guidelines, including wearing masks and maintaining social distance and are still willing to “abide by those guidelines.”

“They just want to be able to operate their businesses to make a living, go about their lives as they’re protected by the U.S. Constitution,” Breth said.

One plaintiff, Taste of Sicily in Lebanon, said the business had received more than $10,000 in fines from the Commonwealth for refusing to stay closed for more than two months. Owner Christine Wartluft celebrates Judge Stickman’s ruling, but is concerned that the fight is not over.

“The judge’s ruling is a victory, but we are not walking in ignorance and know that Governor Wolf will strike back due to his heartlessness and pride” Christine Wartluft, a co-owner of Taste of Sicily, told the Daily Caller. “We will continue to fight this governor and will show him the same relentlessness that he has shown our great state.”

Governor Wolf’s office has already indicated it will seek a stay of the decision and file an appeal. The governor’s press secretary states Wolf’s actions were no different from those taken by governors across the country.

“The actions taken by the administration were mirrored by governors across the country and saved, and continue to save lives in the absence of federal action,” Kensinger said. “This decision is especially worrying as Pennsylvania and the rest of the country are likely to face a challenging time with the possible resurgence of COVID-19 and the flu in the fall and winter.”

Current restrictions in Pennsylvania include limiting indoor gatherings to 25 people, outdoor gatherings to 250 people, and indoor dining to 25-percent occupancy, though that is expected to rise to 50 percent on September 21, CBS Pittsburgh reports.

According to the New York Times, Pennsylvania’s cases are “lower and staying low.”