Racism:  Tool of the Left 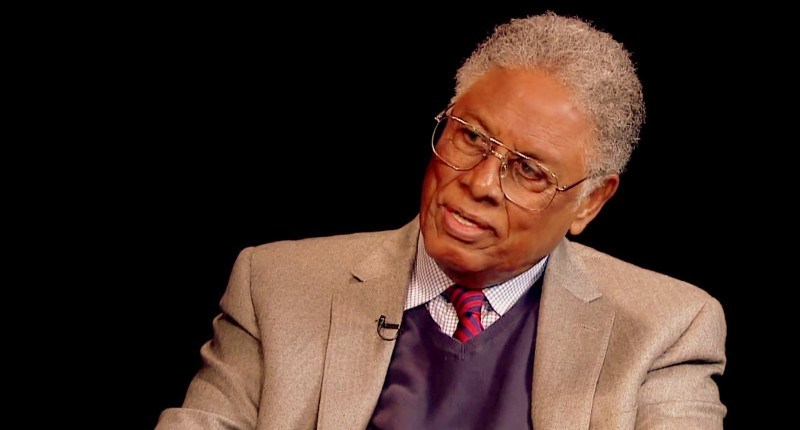 Racism:  Tool of the Left

“Back in the 1950s, when I was a student, I never encountered any fellow black student who expressed such hopelessness, even though there was far more racial discrimination then. We knew that there were obstacles for us to overcome, and we intended to overcome them.”

In the first place most non-black Americans I have known couldn’t care less about blackness or any kind of race identification. We are simply people on earth with many skin tinctures, roots, and backgrounds. My wife and I are native Idahoans who lived over 30 years all over the southeastern U.S. and I have traveled extensively all but two of our states and traveled four provinces of Canada. Sure, I saw people of all races occasionally complaining about race as much as I saw them complaining about sports teams, regions of the country, religions etc. A testament to good race relations is the success of transitional neighborhoods that have grown nationwide. Walter E. Williams, an economist from George Mason University and a best-selling author, noted: “There is no question, though it’s not acknowledged enough, that black Americans have made greater gains, over some of the highest hurdles and in a very short span of time, than any other racial group in mankind’s history.”

By and large I and most people today don’t think a thing of the subject of racism except when we hear the constant ginning up of the race baiters by the media.

Black people are not less nor more than anyone else and should not be thought of any differently than anyone else. People are people, period. Get over it, get to work or struggle finding work like everyone else. Attitude and application are everything in the workplace and in finding work. Like my brother, who lost his arm and has much damage to his legs from Viet Nam says, “I’m not handicapped, I’m just challenged.” Many, non-blacks are struggling all over the country as well as blacks. Not to mention, that most of the ‘perpetrators’ of blacks are other blacks. Our news is rife with the black on black crime in our big cities such as Chicago, Detroit, St Louis, Baltimore, Philadelphia, Atlanta and Washington, DC.

These race baiters at the behest of the far left operate in lockstep with an agenda driven focus that enables attacks on conservative principles while alleging white discrimination of blacks. And the conservative world represented by the GOP does nothing to counter or reveal reality. Trade-offs apply to our economic lives, as well as our political lives.

It should be obvious to everyone that the people leading the charges of racism to new unjustified heights are the race baiting leaders like Al Sharpton, Jesse Jackson, New Black Panthers, Black Lives Matter, Antifa and our sorry former Manchurian President. Throw in money from the likes of George Soros and his many organizations and their skills with the money he supplies to pull off demonstrations and now non-stop outrageous and treasonous riots and in our face video images with professionally designed signage messaging hatred, derision and contrived false claims loudly broadcast to us by a sorry, complicit big media.

This political abomination from the left in reality is creating reverse racism with influenced blacks that are being megaphoned by the race-baiters for the hidden agenda of the left to create division and support for themselves.

Quoting more from the sage Thomas Sowell, this one from his 2014 article ‘The High Cost of Playing the Race Card:’ “Make no mistake about it. There is political mileage to be made siding with demagogues like Al Sharpton who, as demagogue-in-chief, has been invited to the White House dozens of times by its commander-in-chief.

“Such people readily buy the story that ghetto social problems today — from children being raised without a father to runaway rates of murder — are “a legacy of slavery,” even though such social problems were nowhere near as severe in the first half of the 20th century as they became in the second half.

“You would be hard pressed to name just five examples from the first half of the 20th century of the kinds of ghetto riots that have raged in more than a hundred cities during the second half. Such riots are a legacy of the social degeneracy of our times.

“Calling this social degeneracy “a legacy of slavery” is not just an excuse for those who engage in it, it is an excuse for the ideology of the intelligentsia behind the social policies that promoted this degeneracy.

“Let those who have laid a guilt trip on people in our times, for evils done by other people in past centuries, at least face their own responsibility for the evil consequences of their own notions and policies. If they won’t do it, then the rest of us need to stop listening gullibly to what they are saying.

“The race card is nothing to play with. It can ruin us all.

“So long as the race industry — the Al Sharptons, Jesse Jacksons, and their counterparts in various minorities — can get political or financial mileage out of being offended, they are going to be offended. The only thing that will put a stop to this racket is refusing to be taken in by it or intimidated by it.” – Unquote Thomas Sowell

In Lloyd Marcus’s 2016 article ‘Roots’ Remake: Snoop Dogg Got It Right’ he cites comments at that time from Snoop Dogg: “Folks, for decades, I have been frustrated; trying to get through to fellow blacks that continuing to view themselves as victims and using slavery as an excuse for bad and trifling behavior only weakens them. America is the greatest land of opportunity on the planet for all who choose to go for it. My reward has been to be trashed in black and liberal media; called a traitorous self-hating Uncle Tom.”

Marcus then states: “I pray that the truth coming from a hip black celeb like Snoop Dogg will help to remove the scales from the eyes of black youths.

“The last thing the Democratic Party wants is real black empowerment/independence. The Democratic Party’s very existence is rooted in convincing as many voters as possible that they are forever victims of America in some way.

“In 1977, some feared the “Roots” TV series would cause riots in the streets. The American Left/Democrats of today are so divisive and so crazy with hatred for their country that they probably hope the remake of “Roots” will spark riots.

“Riots in the streets would equal a crisis. The Left’s golden rule is “never let a crisis go to waste”; an opportunity to implement more government control and infringements on personal freedom.

“So, I agree with Snoop. Enough with the Left’s relentless efforts to fill black heads with victimhoodism, constantly rehashing how America did us wrong.

“I also refuse to watch the “Hate in America” TV mini-series. The series focuses solely on white racism against blacks. If the TV series seriously sought to address hate, it would include the Black Panthers and Black Lives Matter declaring open season on killing whites and cops.

“Again, the TV mini-series is another Leftist tool to sell blacks the message that America is eternally racist so vote for Democrats to watch your backs.” – Unquote Lloyd Marcus

Steve Byas in his article for The New American magazine ‘What Killed Black Progress’ quoted: “In his famous autobiography ‘Up From Slavery’ (read here), famed black educator Booker T. Washington recounted not only his own amazing emergence from slavery, but showed the way for other former slaves and their descendants to overcome prejudice and achieve greatness. ‘The whole future of the Negro rested largely upon the question as to whether or not he should make himself, through his skill, intelligence, and character, of such undeniable value to the community in which he lived that the community could not dispense with his presence,’ Washington wrote.

“‘I said that any individual who learned to do something better than anybody else — learned to do a common thing in an uncommon manner — had solved his problem, regardless of the color of his skin, and that in proportion as the Negro learned to produce what other people wanted and must have, in the same proportion would he be respected.’”

There are countless many successful people with darker skin color in business, the media, NBA, NFL, baseball and other sports who are just incredible people and I never ever think of them as black. They are just who they are with their accomplishments to be admired. The only time I think of them as black is when someone brings it up and it’s usually unnecessary unless someone is making the point that they have succeeded in a world other blacks might not have thought probable or possible.

All colors are beautiful.