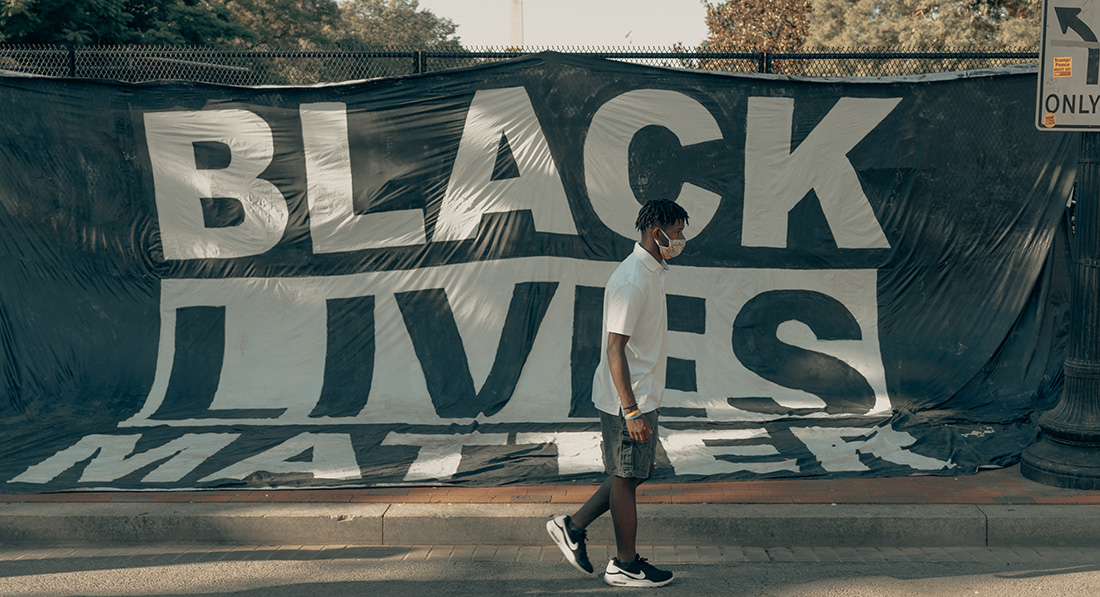 Two months ago I wrote about how the University of Idaho had lent support to the Marxist Black Lives Matter, devoting a full webpage of “resources,” which includes mostly leftist propaganda. Since then, more of the university’s colleges have launched their own websites and issued their own statements dedicated to — and in support of — the cause.

And the Moscow-based school is not alone anymore.

At least two of the colleges at Idaho State University in Pocatello have weighed in with their own Black Lives virtue signaling. The two have also implemented policies and procedures they claim will end “systemic racism.” Meanwhile, several more departments at Boise State University have come forward with similar pro-BLM pronouncements.

At the University of Idaho, Sean M. Quinlan, a history professor and dean of the College of Letters, Arts, and Social Sciences, wrote, “Like so many others, here and around the world, I stand in humble solidarity with historically wronged and racially marginalized individuals. As an educator, conscience and duty bind me to help build a truly just and equitable society, speaking out against the blights of our day.” He added, “For me, I see that we must further diversify our curriculum, and means of instruction, our faculty and staff, and our student body itself.”

The once-venerable University of Idaho College of Law added its own webpage with a series of pro-Black Lives Matter statements from student organizations (only the Federalist Society lightly weighed in with opposition to the group-think) and provides a series of “resources” to its virtual visitors including links to the ACLU of Idaho, Boise State University’s diversity and inclusion programs, the national (and decisively Marxist) Black Lives Matter group, as well as handy tips on how to engage in demonstrations and sample scripts for contacting elected officials.

Idaho State University’s Department of Anthropology released a statement asserting “solidarity against systemic racism and the resulting injustices and violence toward our BIPOC (Black, indigenous, and People of Color) community, students, and colleagues” and said the department’s faculty acknowledge “the colonized nature of scholarship.”

The faculty statement noted, anthropology itself is “rooted in a history of colonial and divisionary practices. As a department, we reject the continuance of that legacy and actively seek to decolonize anthropological scholarship, teaching, and practices.” The statement continued, “For example, in early 2020, we eliminated the GRE requirement for our graduate program. We recognize that racial and socioeconomic inequities are deeply embedded in students’ abilities to access testing and to perform well in standardized testing situations.”

The ISU History Department also shared its viewpoint online: “To our students, we want to let you know that we are here for you as you navigate this moment. We support you, and we are committed to engaging with and learning from you as we fight systemic racism.”

Several of Boise State University’s colleges have weighed in with statements that validate the narrative that all non-white people are oppressed. The Sociology Department provides a link to the Boise Black Lives Matter website; the school’s music department and the Department of Theatre Arts, Film, and Creative Writing each issued separate pro-Black Lives Matter statements. Not to be outdone, BSU’s Multicultural Student Services office says this year’s Tunnel of Oppression, wherein students are screamed at in order to experience life as “marginalized members of society,” is Black Lives Matter.

Just to provide a trigger moment for my lefty friends, every life matters. And Black Lives Matter is not about lending supporting and lifting up black people. It’s about putting an end to  private property ownership, wealth creation, and capitalism. It’s about rewriting history so that personal freedom is considered oppressive and government control is viewed as freedom.

Earlier this year, state lawmakers, tired of leftist nonsense being promoted at taxpayer and student expense, ordered Idaho’s government colleges and universities to get their houses in order and return to their core educational missions. Only Lewis-Clark State College in Lewiston appears to be listening. If anything, it looks like most schools have stepped on the indoctrination accelerator.

I said it before and I will say it again: Taxpayer money should not be used to promote a cause. Any cause. And certainly not a cause hellbent on destroying the God given rights that are the very foundation of a free society.