Why is Governor Inslee abusing Washingtonians? Does he really care? 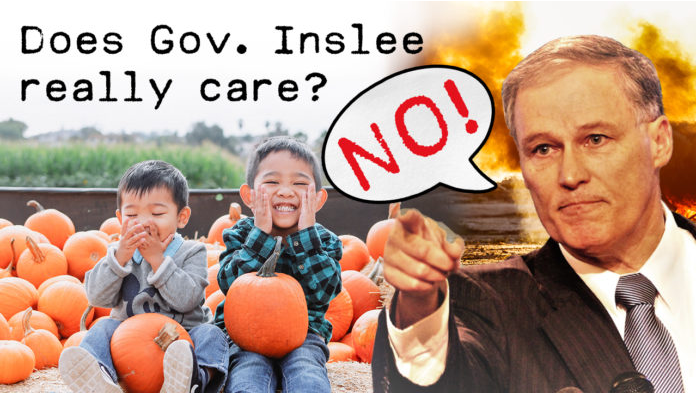 Why is Governor Inslee abusing Washingtonians? Does he really care?

About five days after this video was published, the Inslee administration came out and started walking back some of the more egregious abusive parts of the agritourism rules his office was arbitrarily imposing on local farms. This has become a pattern of behavior from the Inslee administration where they randomly and with little warning and no input (from the people the rules actually impact – there does appear to be input from donors and special interests), they impose abusive regulatory rules on targeted industries, businesses or populations in the state. Since these often are impractical and often irrational, there is blow-back and frustration by the impacted parties as they expose the poor regulatory diktats invented by the Governor and his staff. Eventually, when the frustration and protests reach an adequate crescendo, then the Governor’s staff will quietly make some random changes in the rules. Sometimes the changes are for the better, sometimes they are more confusing, and sometimes these changes launch a new round of confusion.

None of this changes the basic question – Does Governor Inslee really care about the harm he inflicts? The answer appears to be only if it could impact his mega-donor base and the deep pockets of the special interests who fund his political ambitions. Otherwise, not so much. 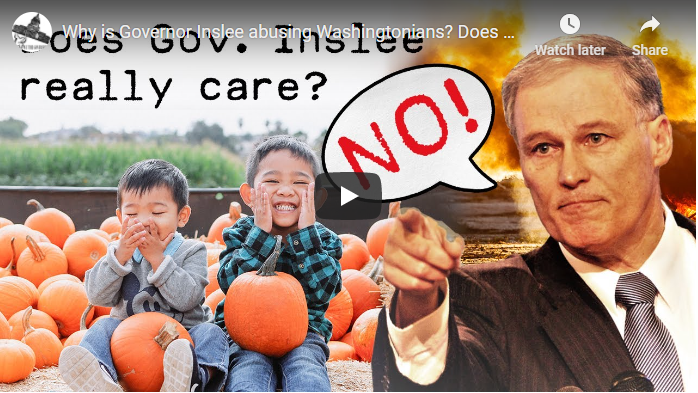